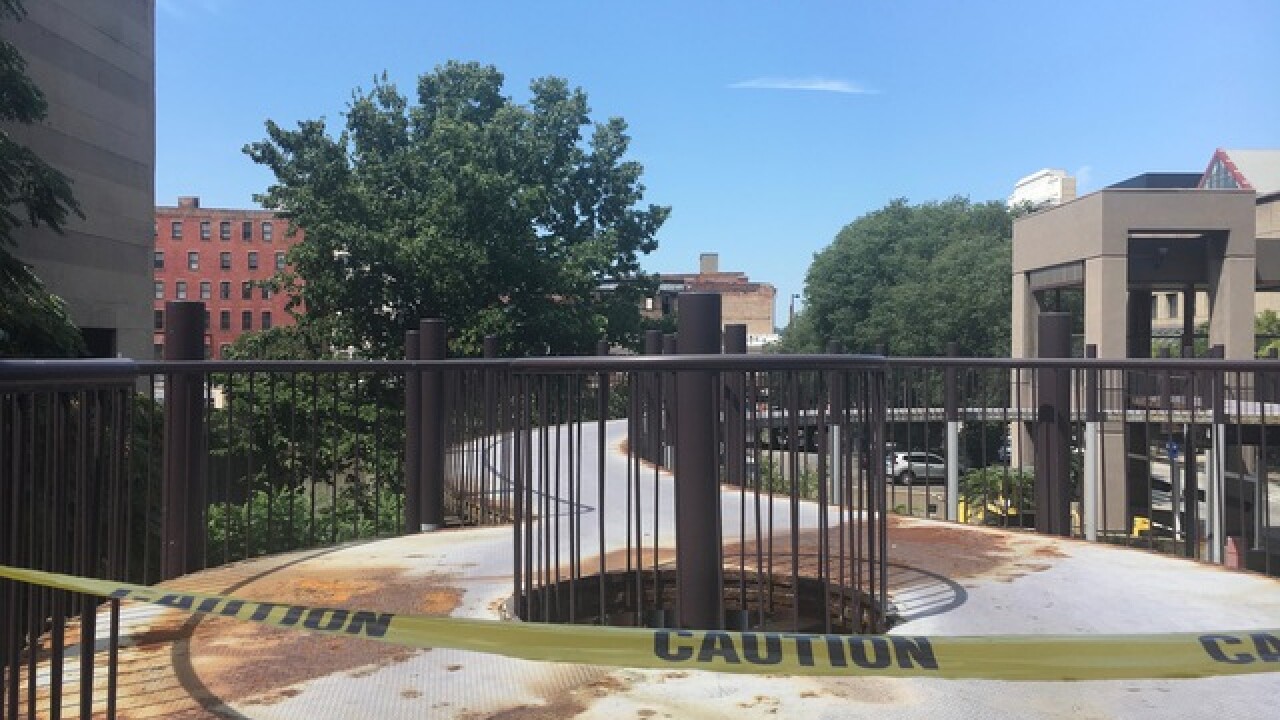 CINCINNATI — One of Cincinnati’s most important convention corners is showing signs of rebirth.

Convention Place, a retail and office building with a skywalk link to the Duke Energy Convention Center, has been offered to the Port for redevelopment. The $1 sale would allow the real estate financing agency to seek new uses for the property, where a long-running legal feud recently culminated with an appellate ruling in Cincinnati’s favor.

“The site has been appraised by the city’s real estate division at $1,763,500. However, the city will accept the discounted price due to the benefits associated with removing the financial responsibilities to the city,” said a June 7 report to the Cincinnati Planning Commission in which the city’s planning staff recommends approving the sale.

The proposed transfer comes just a few weeks after Ohio’s First District appellate court affirmed a 2017 ruling to terminate the city’s lease with developer Ron Goldschmidt, who controlled the five-story office building since 1983 and the retail property since 1997.

Port spokeswoman Gail Paul said the agency has no immediate plans for the property, which is half a block east of where the Port is already partnering with other groups to attract a new convention hotel of up to 800 rooms. It would directly compete against the Millennium Hotel, which Cincinnati Mayor John Cranley criticized as “a terrible place to stay” prior to exploring a nuisance lawsuit against the property.

The Cincinnati USA Convention and Visitors Bureau has said the lack of a high-quality "headquarter hotel" is making it harder for the bureau to book conventions that generate the biggest economic impact. A study by the global hospitality consulting firm HVS showed Cincinnati can support a new convention hotel of at least 600 rooms with up to 60,000 square feet of meeting space and a ballroom of up to 20,000 square feet.

The Millennium has defended itself against critics with statements that stress its contributions to the city's convention industry:

"We have been proud, good corporate citizens of the Cincinnati community for more than 20 years, where we have provided safe and clean rooms at affordable prices. We welcome the opportunity to engage in meaningful and productive discussions on the ways our hotel can continue to be supportive of the long-term vision and vitality of Cincinnati.”

In a March interview with WCPO, Mayor Cranley said he would welcome new ideas for the site.

“We’re open to anybody that wants to make a proposal to us,” he said. “We’re open for that property to be reimagined to something vibrant and exciting and contributing to that part of Downtown.”

Cranley also said he assumed “any new development would demolish what’s there” and wouldn’t rule out using the site for a convention center expansion.

“It’s not the only option,” he said. “And it may not happen at all but it’s certainly under consideration.”