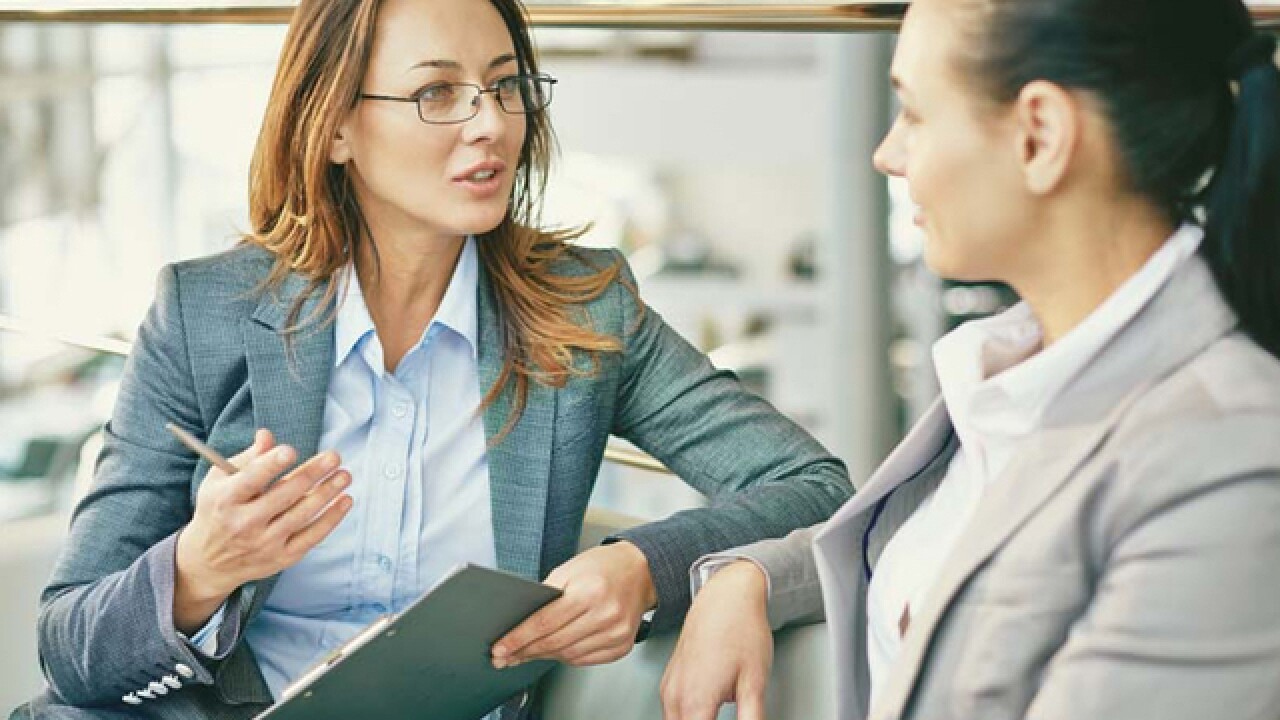 CINCINNATI -- Asking for a raise or promotion can be one of the most nerve-wracking rituals of professional life, but it doesn’t have to be.

Sarah Brown, owner of Project Connect in Cincinnati, has been a leadership and executive coach for 12 years. During that time, she’s helped many people negotiate their way to greater career success -- and she’s developed a few all-purpose tips that can help anyone approach their own career or salary negotiations with the odds in their favor.

Here's what to do, Brown said, when preparing for a meeting that could decide your future.

"Write down and list all of your accomplishments," Brown advised.

Knowing your own value and being able to articulate it to your boss means you'll make a more convincing case for yourself. Brown said workers should avoid generalizations when putting together their pitch: A statement like "I work hard" might be true, but it is difficult to measure.

Instead, workers should focus on measurable, specific benefits they’ve brought to their company and have evidence on hand if possible. It’s more effective to point to an exact number than to make a more general statement about how you’ve improved sales numbers.

"Make sure (your examples) are very tangible and very clear about what added value or worth it is that you brought to the company,” Brown said.

It's also important, she said, to know -- for yourself and for your employer -- how this raise or promotion would fit into your long-term career plan.

Ask for the meeting

Although you might feel nervous as you prepare to ask your boss to talk about something so important, Brown said finding your confidence -- and hanging onto it -- is key. Don’t phrase your request in terms of a favor or appear too deferential. Instead, keep a positive, professional tone as you arrange the meeting.

"When you ask for the meeting, you want to say to your manager, ‘I’d like to talk to you about my performance,'" Brown said.

Timing is everything, Brown added. If you spring a request on your boss or place them in a tight crunch for time, they may be unreceptive or distracted when you try to make your pitch.

"Make sure it’s the right time for them," she said. "Don’t just push it on them, and if you can tell they need to reschedule, be nimble around that."

Focus on your own achievements

One of the biggest faux pas a worker can commit when asking for a raise or promotion is comparing themselves to another employee, Brown said.

"You don’t want to say, ‘John got this promotion and he makes this much money,'" she said. "That’s really going to turn off the organization."

Concentrate on your own accomplishments and don’t bring co-workers into the mix unless it's in a positive context. Employers look for team players who are able to form positive relationships with others and maximize the effectiveness of their workplace, Brown said.

Don't be discouraged by rejection

Even if you approach the negotiation confident, prepared and focused, there is no foolproof way to get what you hope for every single time.

Brown said the heartbreak associated with being shot down professionally can especially be a challenge for millennial workers. In her experience, she said, millennials do not have as much trouble finding their initial confidence as other generations might, but can take rejection harder.

Brown said people who struggle with rejection should be patient and remind themselves that one setback does not spell the end of their dreams.

"You might not get it right away," she said. "But don't be discouraged by that."

There will always be another opportunity, she said. If you can't take a step forward today, you can still work to flesh out your long-term career goals and prepare yourself for the next time.