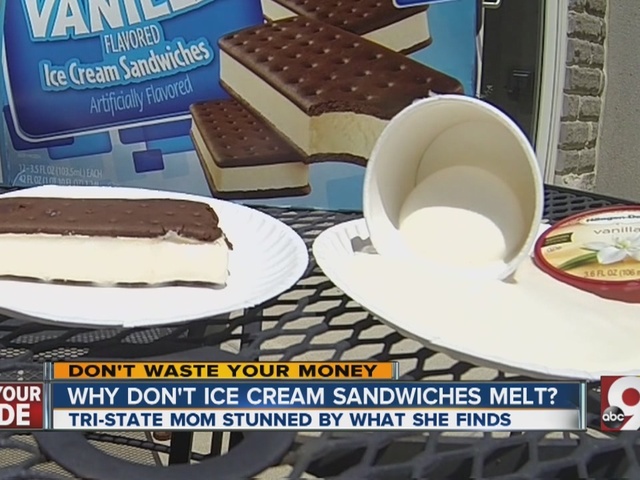 John Matarese looks into one mom's question about her kids' ice cream. 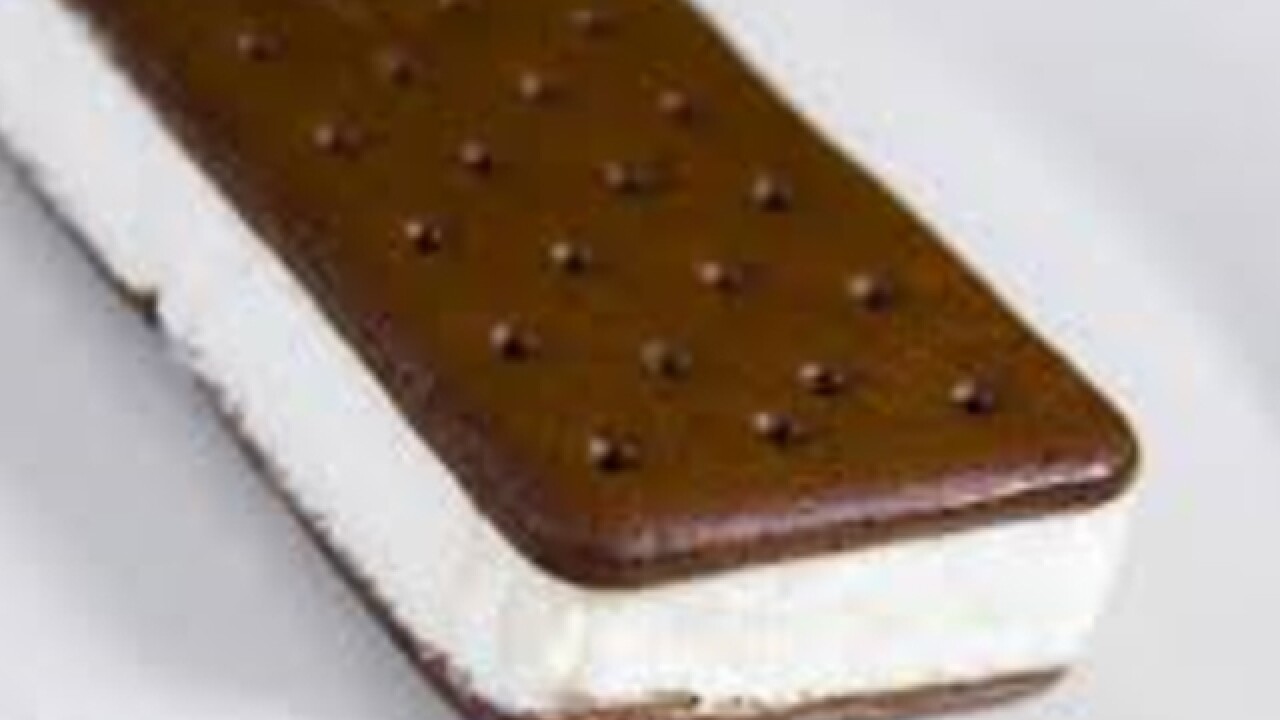 EDITOR'S NOTE: This story was originally published in 2014

A mom of two young children was wondering: What's in ice cream sandwiches these days?

Christie Watson's kids love eating ice cream. But one recent morning, she saw an uneaten ice cream sandwich sitting on her patio table. When she looked closer, she couldn't believe what she was seeing.

"I noticed that my son had left his ice cream sandwich outside," she said, "and I was wondering 'why is there still ice cream in there?'"

The Walmart Great Value sandwich had barely melted 12 hours later....even though it was an 80 degree morning.

"I thought that's quite weird," she said. "So I looked at the box, and it doesn't say artificial ice cream. It says ice cream."

Was it a Fluke?

Watson says she grabbed a second sandwich and left that out overnight, and ended up with the same result.

"Monday I came out and looked at it," she said, "and there was still ice cream there. So I thought to myself: what am I feeding to my children?"

We wondered, too, so we did a test.

We set out a Walmart Great Value sandwich, a Klondike Bar sandwich, and a cup of Haagen Dazs in the hot sun for 30 minutes.

We contacted Walmart, which released the following statement:

"Ice cream melts based on the ingredients including cream.

Ice cream with more cream (sic) will generally melt at a slower rate, which is the case with our Great Value ice cream sandwiches.

In the frozen aisles, Great Value ice cream sandwiches are one of the top sellers, and we are glad to be able to offer a great treat that families love."

Other sources in the dairy business tell us that  adding gums and emulsifiers will slow the melt rate.

But despite the slower melting of store brand ice cream sandwiches, they are just as healthy as other ice cream and meet all FDA guidelines.  In addition, they contain less fat, so may be better on your waistline.

What's in That Sandwich?

A check of ingredients confirms why Haagen Dazs melts quickly, like ice cream from days of yore.

However, we should also point out a cup of Haagen Dazs or another premium ice cream costs about $3. For the same price you get a dozen ice cream sandwiches from Walmart, or other stores.

For store brand sandwiches to be as"natural" as Haagen Dazs, the price would have to be significantly higher.

But even though nutritionists say there's nothing wrong with Walmart sandwiches, Watson misses old fashioned ice cream that melts quickly out in the sun.

Whatever ice cream you prefer, don't waste your money.