Parking lot steaks: We put $2 ribeyes to the test

What kind of steak can you get in a mall parking lot? 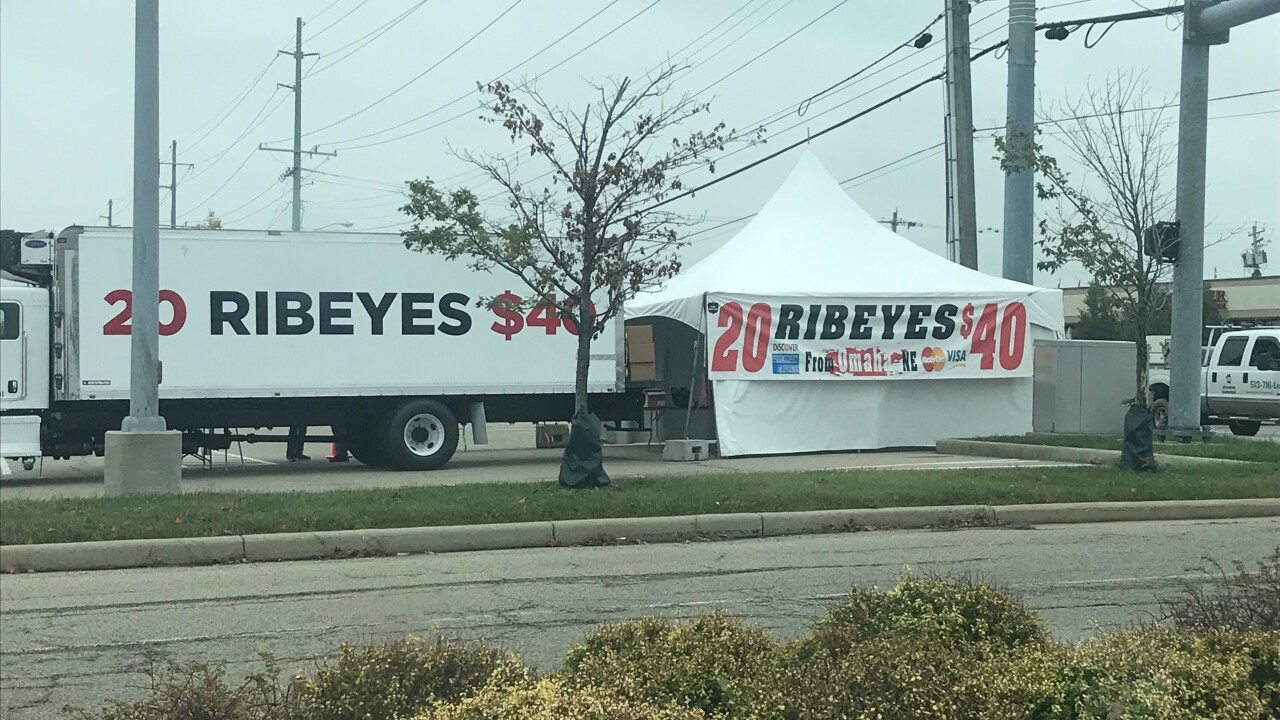 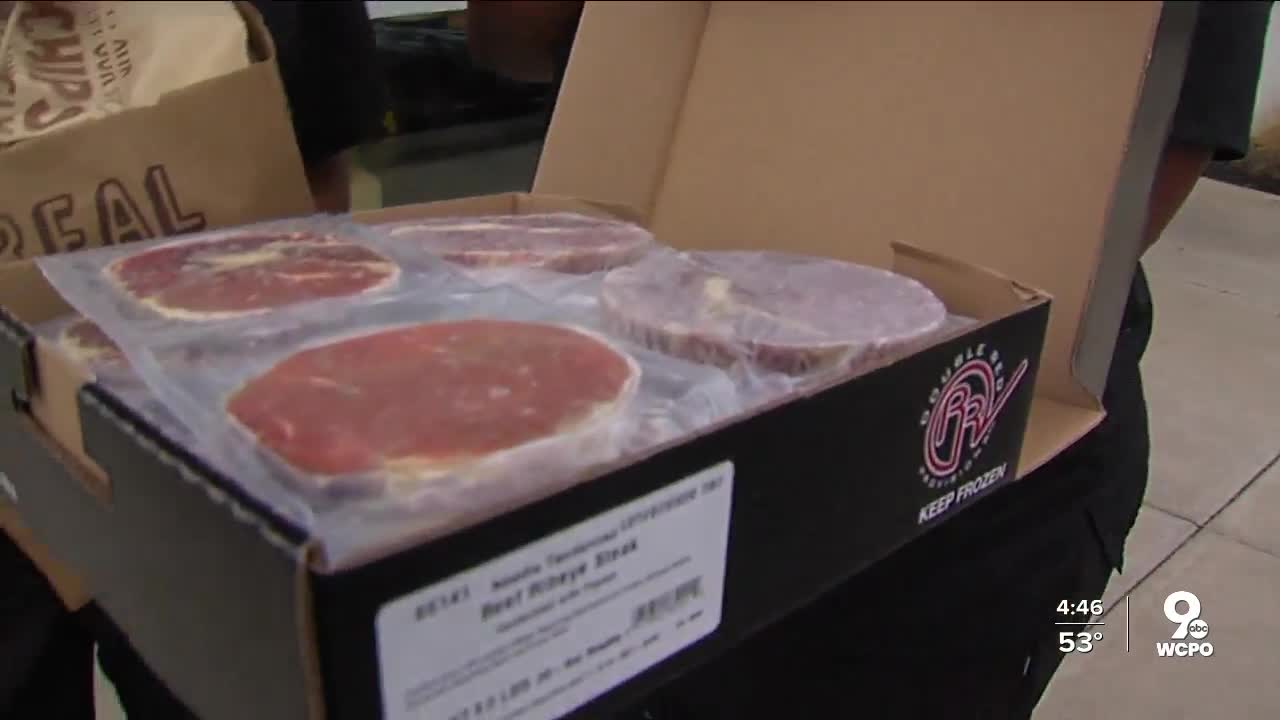 SPRINGDALE — If you listen to Cincinnati radio, you may have heard ads for a big steak sale in the parking lot of some local malls.

Many of us love a good steak. But steak is expensive, with filet mignon selling for as much as $25 a pound in grocery stores.

So the traveling steak sale that pulled into Cincinnati's Tri County Mall this week is luring lots of budget-conscious shoppers.

What you get when you visit the sale

We wanted to find out what kind of steak you can get for two bucks these days.

So we walked into the tent, where we were immediately pitched a lot more than just a $40 box of ribeyes.

A salesman tried to sell us $300 worth of various frozen steaks, which he then agreed to unload at markdown for just $200, with the $40 ribeyes thrown in free.

But after explaining I only had $40, he finally agreed to sell me a box of 20 small frozen ribeye steaks.

Before leaving the parking lot, we showed our haul to some mall customers.

Jennifer Wright and Shauna Parks were not very impressed.

"It looks like a hamburger patty," Parks said. "This does not look like a steak I'd eat, honestly."

But appearances aside, are they any good?

We decided there was no better way to find out than to go to a good steak and burger place, and have them grill one up.

So we headed to the Urban Grill on Main in Newtown to compare our parking lot ribeye with a $10 supermarket ribeye that we picked up at a nearby Kroger.

Nugent tossed both on the flame, where our thin parking lot steak was dwarfed by the store ribeye.

It cooked in just a couple of minutes.

"That was really fast," Nugent said. The grocery store ribeye took another 5 minutes.

Out in the dining room, I put on my napkin, removed my face mask and dug in.

It tasted like....meat. It was a bit gristly, but edible.

But the grocery store ribeye was juicy, tender and tasty. It looked and tasted like an expensive steakhouse cut by comparison.

Who is behind the steak sale?

Several small companies are running these sales, criss-crossing the country, according to news reports.

The sale at TriCounty Mall was run by StarSouth Steaks of Mississippi, according to our sales receipt.

We found a number of Better Business Bureau complaints from around the country about Star's steak show, one complaint saying "poor quality meat," another saying "not sure what kind of meat they are."

Several complained they were having trouble getting a refund after spending $100 or more.

But the label on our box says it is indeed USDA beef, with a 15% tenderizing solution added.

In the end, it's not a rip-off, but is simply a case of you get what you pay for.

Some reviewers say these two-buck ribeyes are an inexpensive way to make cheesesteak sandwiches, or a beef stir fry.

That way you don't analyze them closely, and you don't waste your money.