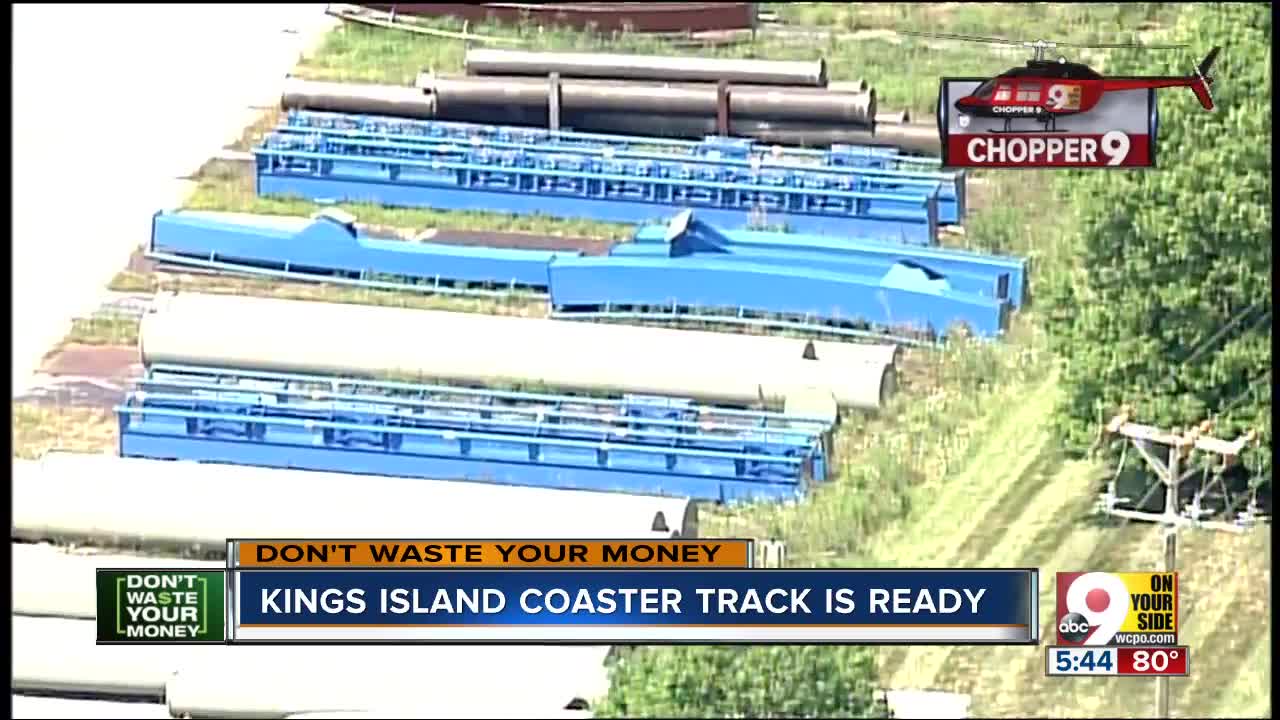 Jut days before the big announcement, dozens of pieces of blue coaster track are ready to be assembled.

We're just days away from Kings Island's expected announcement of a major new roller coaster that could be almost as tall as the park's Eiffel Tower.

That projected 300-foot span would make it only the seventh "gigacoaster" in the world and bring enthusiasts from all over the country to Kings Island next year.

Park officials have yet to say anything other than that the announcement is scheduled for Thursday at 10 pm.

But exclusive Chopper 9 footage shows that assembly of the massive steel track is about to begin.

9 On Your Side's Dan Carroll flew over Clermont Steel Fabricators in Batavia, the firm that built the track for the earlier Kings Island coasters Diamondback and Banshee.

Aerial footage shows that the plant's back lot is now filled with bright blue coaster track and white support columns. (There are also still a few pieces of brown track, destined for a smaller coaster at Hershey Park in Pennsylvania, according to Hershey.)

Insiders say the track pieces will be transferred to Kings Island via flatbed trucks in the next few days.

The trucks are parked behind the Flight of Fear building, so they are hidden from curious fans on top of the Eiffel Tower.

Meantime, concrete workers continue pouring the ride's foundation, so that the first pieces of track can go up immediately after the unveiling of the park's biggest roller coaster ever.

We should have all the answers now in just a matter of hours.