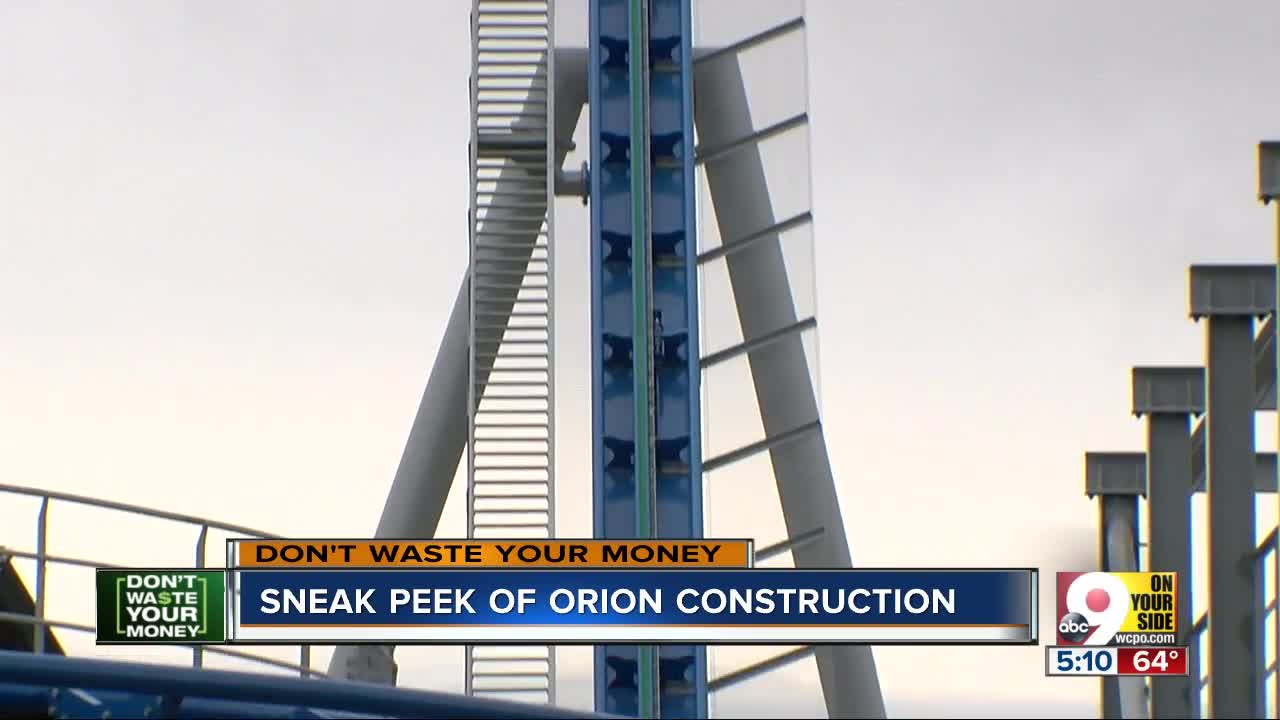 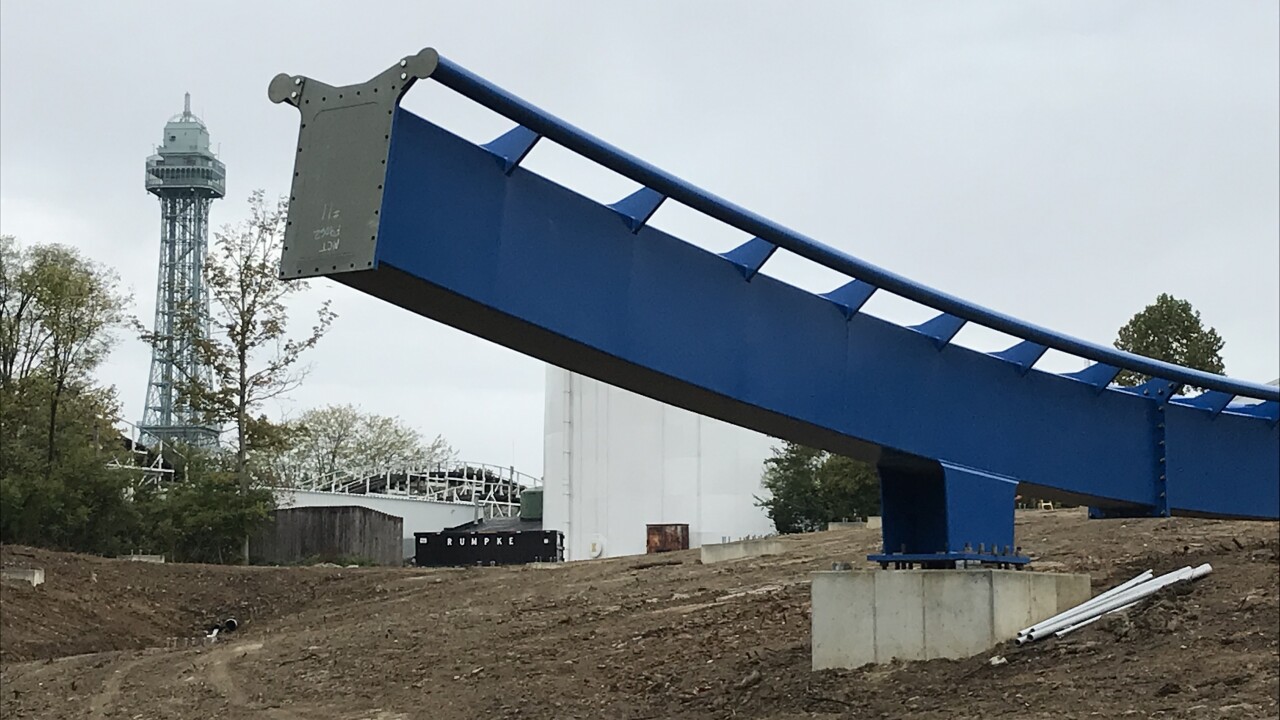 Less than two months after Project X was unveiled to be a 300 foot tall coaster called Orion, Kings Island's new "giga" coaster is going up ahead of schedule for an April 2020 opening.

The park gave its first ever behind-the-scenes sneak peek of the project to local media, showing the significant progress on the massive lift hill, loading station, and the bottom of "valley" of the first drop.

It is an impressive project, and you don't realize the scale of it until you are standing next to the giant pieces of blue track, hauled in almost daily from Clermont County Steel Fabricators.

Nearly half the track and supports are already on site, according to Kings Island's Vice President of Construction and Maintenance, Jamie Gaffney.

"By the end of October, first of November, we hope to be crowning the lift hill, and setting the last piece of it in place. It's very exciting to be in this part of the project," Gaffney said.

Gaffney says the hot dry September weather, while horrible for lawns and gardeners, was a godsend for work crews, who had no weather-related delays to deal with.

Instead, cranes brought in by Sky High Coasters have already lifted the first 30% of the massive lift hill into place, with the remaining 2/3 of the hill expected to go up by the first week of November, weather permitting.

At that point, the 300 foot tall coaster, nearly as high as the top of the park's Eiffel Tower, will be visible to drivers on I-71.

One thing you notice on a walking tour of the site, that you do not really see from the Orion Web Cam atop the Eiffel Tower, is how hilly the terrain is.

The "valley " at the end of the initial drop is down in a gully, well below the average terrain, similar to the way The Beast utilizes the rolling terrain to its advantage.

The tour showed another popular Kings Island feature: leaving trees and forest as close to the track as possible. Unlike many theme parks, where rides give full parking lot views, Orion will blast riders toward the woods in the back of the park, with only The Racer nearby.

Jeff Gramke, Kings Island's Manager of Engineering, has been overseeing roller coaster construction since he helped design The Beast back in the last 1970s.

The $30 million dollar Orion is the biggest project he has worked on, in terms of both budget and sheer size.

Gramke says Orion is light years ahead of The Beast and The Racer in terms of technology, with track pieces designed by computers right down to the hundredth of an inch, so that everything will align perfectly, and so the ride will be even smoother than Diamondback, another B&M-designed coaster.

But in the end, he says, Orion will be like its predecessors in one regard: "they all use gravity, and luckily gravity hasn't changed since we built the park."

But that gravity will soon hurl riders down a 300 foot drop at speeds over 90 miles per hour, making it the park's tallest and fastest coaster, and one that should lure coaster fans from around the country.