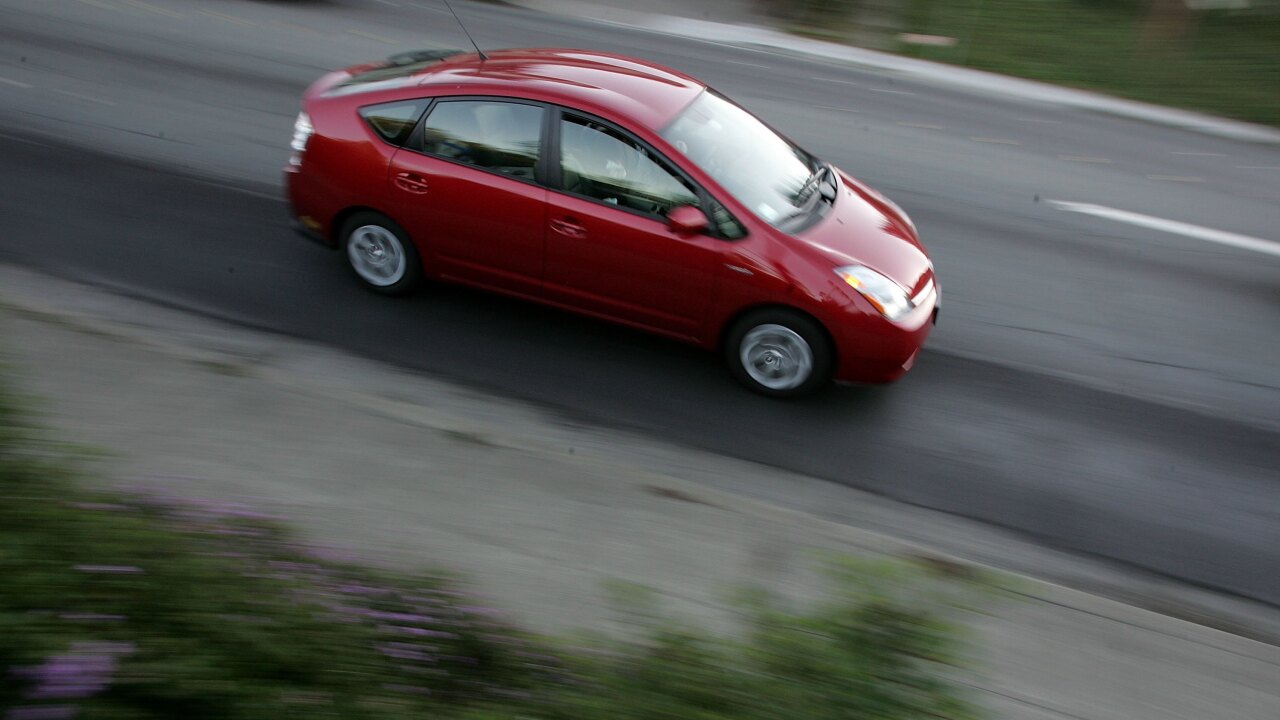 Justin Sullivan/Getty Images
SAN ANSELMO, CA - OCTOBER 17: A Toyota Prius hybrid vehicle is seen driving down the street October 17, 2006 in San Anselmo, California. Economy and Hybrid vehicles built by Toyota and Honda filled the Environmental Protection Agency and the Department of Energy's annual top-10 fuel economy list for 2007 vehicles. The Toyota Prius topped the list with an estimated 60 mpg in the city and 51 mpg on the highway. (Photo by Justin Sullivan/Getty Images) 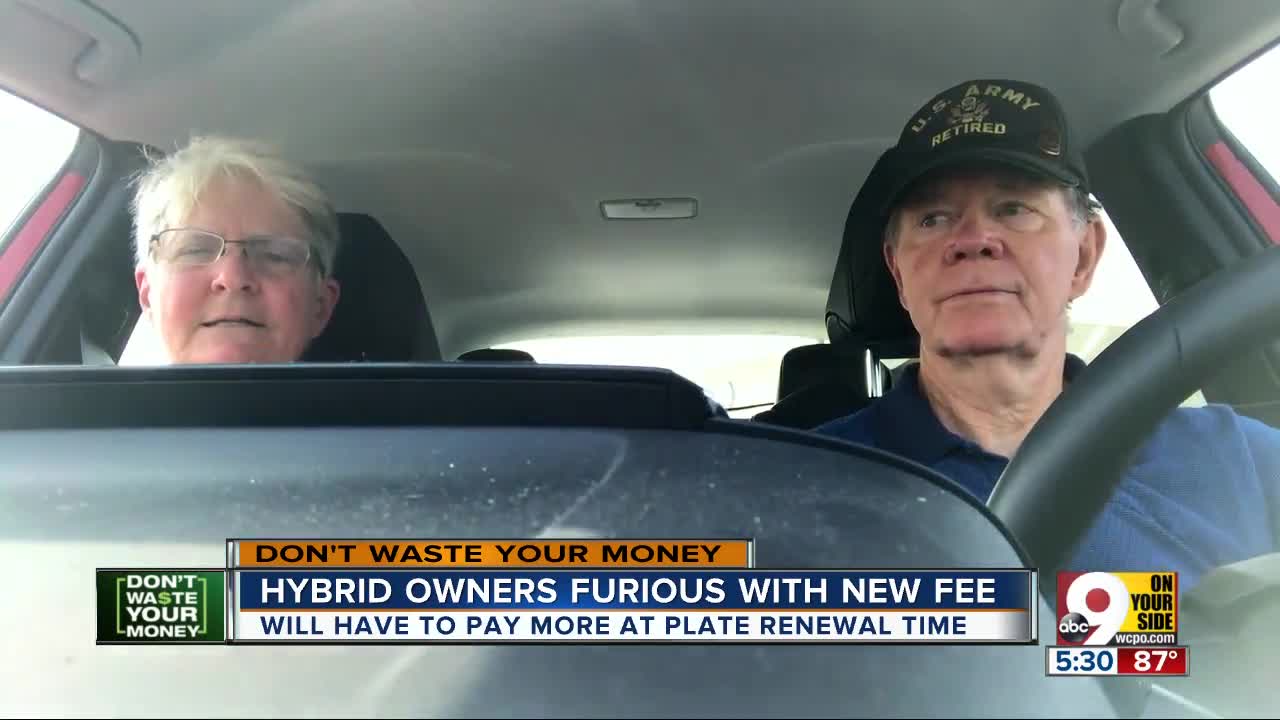 Hybrid owners say they paid more for their cars to help the environment.

Now some of them claim they are being charged more for going green, and they are not happy at all.

Among them: Vic and Donna Riley of Bethel, Ohio, who are big fans of hybrid cars, and now own their second Toyota Prius.

But the Rileys are furious that their Prius will now be charged extra at annual plate renewal time. They feel the state is penalizing them for driving a fuel efficient car.

"To punish individuals who buy hybrid cars I don't think is fair," Vic Riley said. "We do it to save money, and save the environment."

Owners of fuel sipping hybrids will now have to pay Ohio a $100 surcharge each year, under a new tax law that took effect July 1.

Owners of electric cars like Teslas and Nissan Leafs will have to pay another $200 at renewal time.

It's all part of Ohio's new fuel tax, which is costing drivers of gasoline cars another 10 cents per gallon, and drivers of diesel vehicles another 19 cents.

State lawmakers say it will cost the average driver of a gas powered car another $68 a year. However, hybrids use much less gas, which means the gas tax may hit them for only another $30 or $40 a year. Hence the surcharge.

But Ohio is not alone is asking hybrid and electric car owners to ante up.

After years of subsidizing hybrid cars (with incentives as high as $5,000 for buyers), 22 states are now going after them for between $50 and $200 a year, according to a recent Sierra Club report.

Lawmakers and governors in those states say electrically-powered cars are not paying enough in gas taxes, used to maintain roads.

Donna Riley says that's unfair to people who are trying to help the planet.

"Now they want to turn it around and charge us because we are not using enough of their fuel," she said.

Is it a penalty...or just fair?

But supporters of the new fee say they are not trying to penalize people just because they bought a hybrid or electric car.

Rather they say everyone who drives on the highways in the state needs to pay their fair share toward the upkeep of those roads.

Greg Lawson is an analyst with the Buckeye Institute, a free market, anti-government spending think tank based in Columbus, Ohio.

"Hybrids use less gas," Lawson said, "so there has to be some mechanism in place for users of the road, who are still contributing to wear and tear, to pay some portion of it."

But Norwood Prius owner Silvio Abenti thinks lawmakers are going after hybrid owners in an unfair way, trying to get their Obama-era hybrid tax breaks back.

The Rileys worry people will now give up on hybrids.

"Now the incentive is not to buy one because they want to slam you with a surtax," Donna Riley said.

The Sierra Club claims sales of green vehicles are already falling in states that have increased their annual fees, particularly in Georgia, where an EV surcharge was added at the same time a state tax credit for buying an electric care was eliminated.

We checked with Ohio Governor Mike DeWine, who signed the law. A governor's spokesman told us the surcharge is simply in place so that all Ohio drivers contribute fairly to road maintenance (see full statement below).

Whatever car you drive, don't waste your money.

"The Ohio General Assembly added this registration surcharge due to the fact that electric and hybrid vehicles, like all other vehicles, use Ohio roads and contribute to road “wear and tear” but do not purchase as much or any fuel as compared to traditional vehicles. The surcharge is not a large revenue generator, but was adopted by the General Assembly so that all Ohio drivers contribute to road maintenance, highway projects, and safety enhancements, regardless of what vehicle they drive."