Don't Waste Your Money 2019 in review 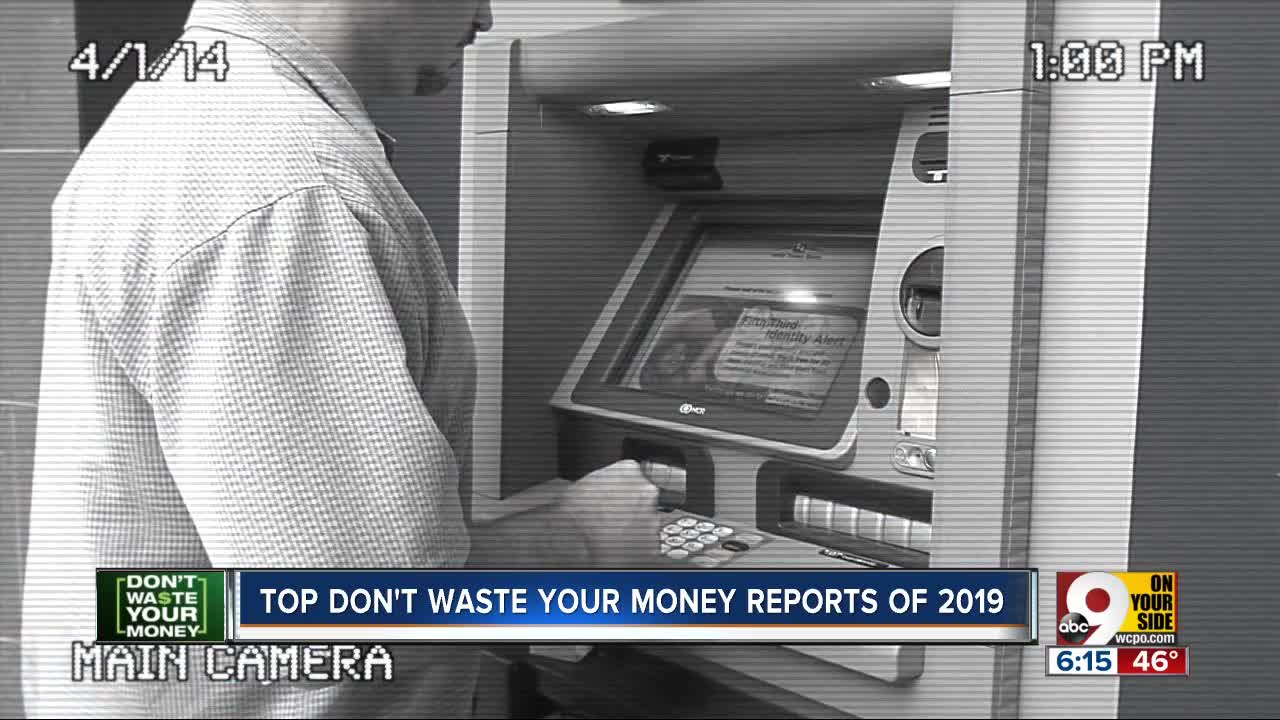 From bad deals, to scam artists, to companies that won't respond to customers, many 9 On Your Side viewers turned to Don't Wate Your Money about consumer injustices, and asked for help and advice.

From bad deals, to scam artists, to companies that won't respond to customers, many 9 On Your Side viewers turned to Don't Wate Your Money about consumer injustices, and asked for help and advice.

For many people, it's tough to keep up with consumer trends, which moved at a breakneck pace in 2019.

Disney Plus was born (with a few glitches), changing the streaming TV landscape. At the same time, the troubled MoviePass finally died.

"It's so disappointing. We loved it," Lisa Davis lamented to us back in February.

A few months later, we reported on things that are supposed to melt, like ice cream cones, snow, and wicked witches. Not dashboards.

But Carol Wuest had a melting dashboard in her Toyota Sienna minivan that she said was sticky to the touch, and was collecting every bit of dust and dirt around.

Her van was outside a Toyota recall for some melting dashboards. But after we contacted Toyota, the automaker agreed to replace her dash, saving her more than $2,000 in parts and labor.

In September, Keith Gibson of Bond Hill rented a U-Haul because of that sign on many of its trucks saying "$19 a day."

But he was billed $58, after mileage fees and a $25 dollar cleaning fee, which Gibson said was uncalled for. "I swept it out," Gibson insisted. "You can see clearly it's clean."

After we contacted U-Haul, it refunded the cleaning fee, and we warned of potential extra fees with $19 truck rentals.

We warned several times about the Social Security phone scam, which in one case bilked a Blue Ash woman out of $20,000

But other scams were even easier to fall for. In October, Damon Lander of Middletown got a phone call from Fifth Third Bank.

But it was really a scammer, who convinced Lander his account had been locked, and was able to get his login information.

The thief then used the Zelle money transfer app to drain his checking account.

"They changed my user name, my password, my card pin, set up a Zelle account," Lander said.

After we contacted Fifth Third, the bank refunded the roughly $1,000 he lost, and we warned about phony bank calls.

But our biggest -- or at least our tallest -- story of the year concerned a cellphone tower that popped up in downtown Cleves.

"You can see it's like an ugly menace sitting there," resident Michelle Krinsky told us.

After our report aired, village officials decided to find out who got the permit to build the tower right at the entrance to downtown. They learned there never was a permit, so they ordered the contractor to put it up to remove it. Eyesore gone.

Unfortunately, we can't assist everyone, due to the dozens of complaints we receive every week. But we may be able to at least offer some advice, so you don't waste your money.