Black Friday vs. Cyber Monday: Do you still need to go out? 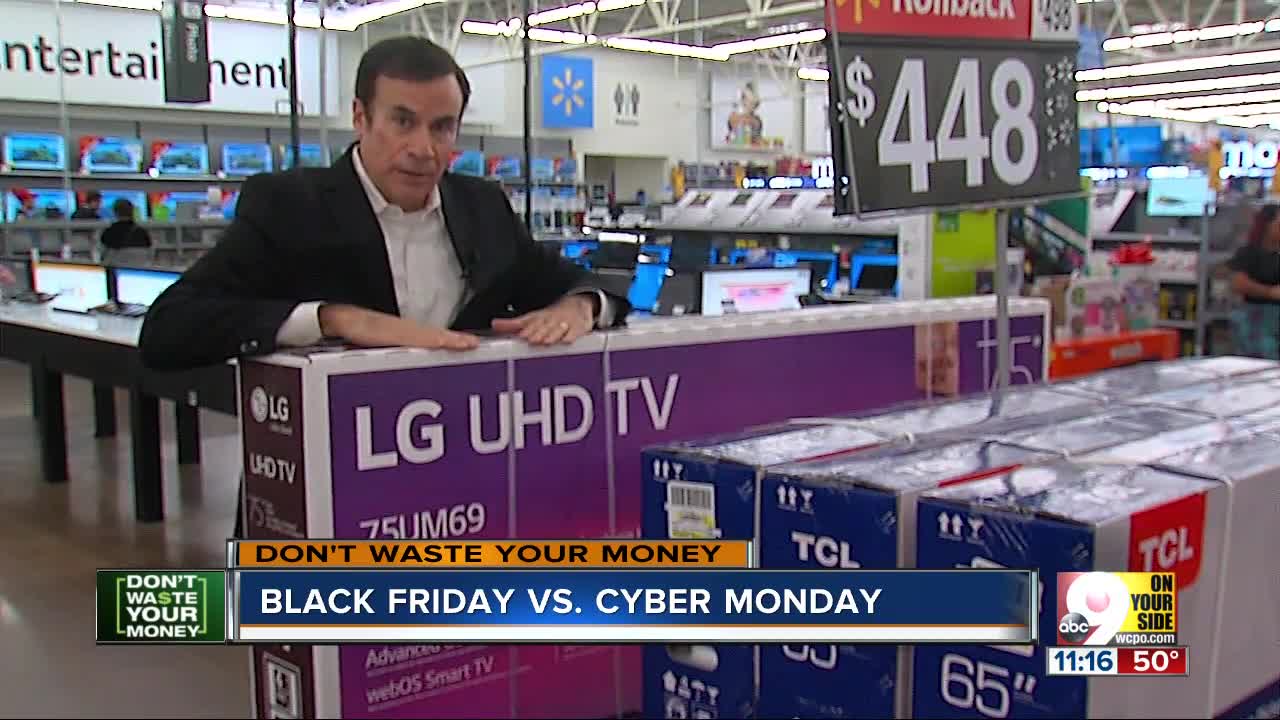 Have you noticed? Thanksgiving night at the stores is not quite what it used to be, with so much shopping now done online. John Matarese went in search of the few remaining deals you can only get if you set foot in a brick-and-mortar store.

Have you noticed? Thanksgiving night at the stores is not quite what it used to be, with so much shopping now done online.

The 20-year shopping tradition of going out after Thanksgiving dinner — or, back in the day, first thing Friday morning — could be on its last legs as Cyber Monday and weeks of sales continue to take their toll on the yearly rush.

So is Black Friday even relevant anymore?

"My husband does all his shopping online," she said. "He doesn't like to come to the store, but I do."

Kristin Harris, shopping with her young daughter at the West Chester Walmart, also told us she finds things in stores on Thanksgiving that she can't find elsewhere.

"Mainly on electronics," she said.

So, in 2019, do you really need to come to the store on Black Friday, or will you now find everything you need online?

For the most part, you can find most of the deals from the comfort of your own home. However, according to shopping experts, there are several big exceptions.

For instance, Walmart is featuring a 65-inch Phillips 4KTV for $278. You probably will not find that online anywhere because it's a loss leader — a deal the store uses to lure you inside, where they hope you'll spend more.

DealNews.com says physical stores will still have the lowest TV prices, such as those super popular 65-inch Smart TVs below $350.

And if you are a fan of small kitchen appliances for $9 (at Macy's and other stores), you will probably have to go to the store to find them. Those deals are also designed to get you into the store.

Thursday night can also get you a $100 to $200 bonus gift card at Target, Best Buy and Walmart on new iPhone 11s and iPads.

Black Friday in stores also touts half-price video games (though you will probably have to dig through those giant bins), as well as huge markdowns on Xbox Ones and PS4s. Both consoles are getting long in the tooth, and parent companies Microsoft and Sony might start rolling out their successors by next Christmas.

Buy on Cyber Monday or later

But Deal News says you will find lower prices on Cyber Monday on many other things, including toys, clothing and beauty products. Prices on clothing and (slow-selling) toys will drop even more closer to Christmas.

So unless you want a big-screen TV, a new phone or iPad with a bonus gift card or just love the thrill of the hunt, you can do almost all your shopping on your laptop in front of the fire.

That way you let other people deal with the Black Friday frenzy, and you don't waste your money.

For more consumer news and money-saving advice, go to www.dontwasteyourmoney.com