Is Wilmington's financial boon about to take a hit from CVG's incoming hub? 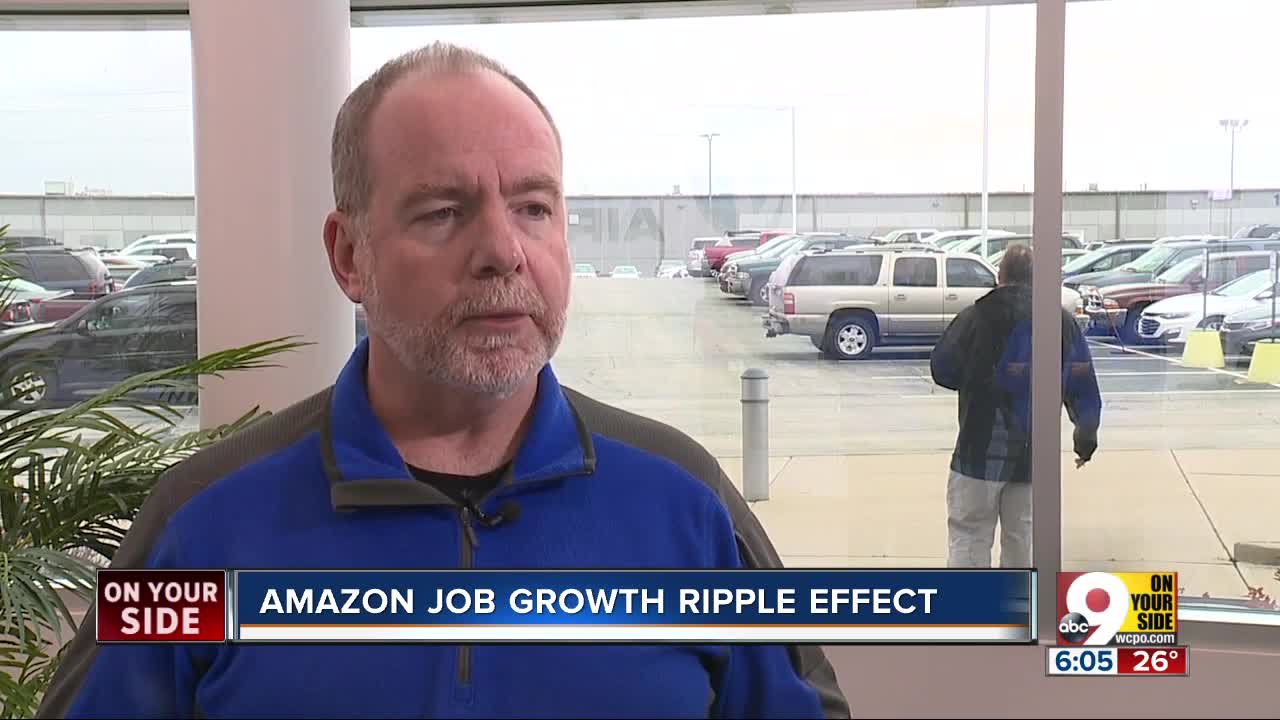 The construction of a new Amazon shipping facility at the Cincinnati-Northern Kentucky International Airport could be bad news for other, smaller hubs in our area. People who live and work at the Amazon hub in Wilmington are concerned the Cincinnati location could represent the megacorporation pulling out of their city, potentially leaving thousands jobless.

WILMINGTON, Ohio — Holiday shopping and shipping season is heating up, and the noise is noticeable near Wilmington Air Park. Amazon planes have been coming nonstop.

"That, to me, is a good sound," Strength & Dignity Boutique owner Natalie Youd said Tuesday. "I know it's jobs, it's stuff coming in, and our economy is growing down here. So we need that the most."

She said the influx of business from the hundred or so recently hired Amazon workers spending their cash in the area is noticeable.

"It's fantastic for us," Youd said.

"To see restaurants full, to see that parking lot full at night when we do badge distribution for new hires," Evers said. "There's a whole regional impact."

That impact could be short-lived. In May, Amazon broke ground on a $1.5 billion 900-acre Prime Air hub at Cincinnati-Northern Kentucky International Airport in nearby Hebron, Kentucky. Will some of the jobs in Wilmington be shipped there?

"We don't know the answer to that," Evers said.

An Amazon spokesperson did not provide a specific answer when asked about the company's plans for Wilmington's future.

"Amazon has hired several hundred associates for the ILN operation," the spokesperson wrote in an email. "We have invested in the ILN facility to ensure we can scale with expected growth."

When Amazon confirmed the launch of its air cargo network in Ohio in March 2016, it leased 20 Boeing 767 freighter jets from Air Transport Services Group for five to seven years.

Evers hopes as the demand for e-commerce continues to grow, the need for shipping in rural areas will, too.

"Our goal is to continue to provide them the highest-tech, most cost-effective location to do air-cargo sort operations," Evers said.