Home Tour: This 1930 Pleasant Ridge house has plenty of room for a baby-to-be -- and a baby grand

Recent renovation made an old home feel like new 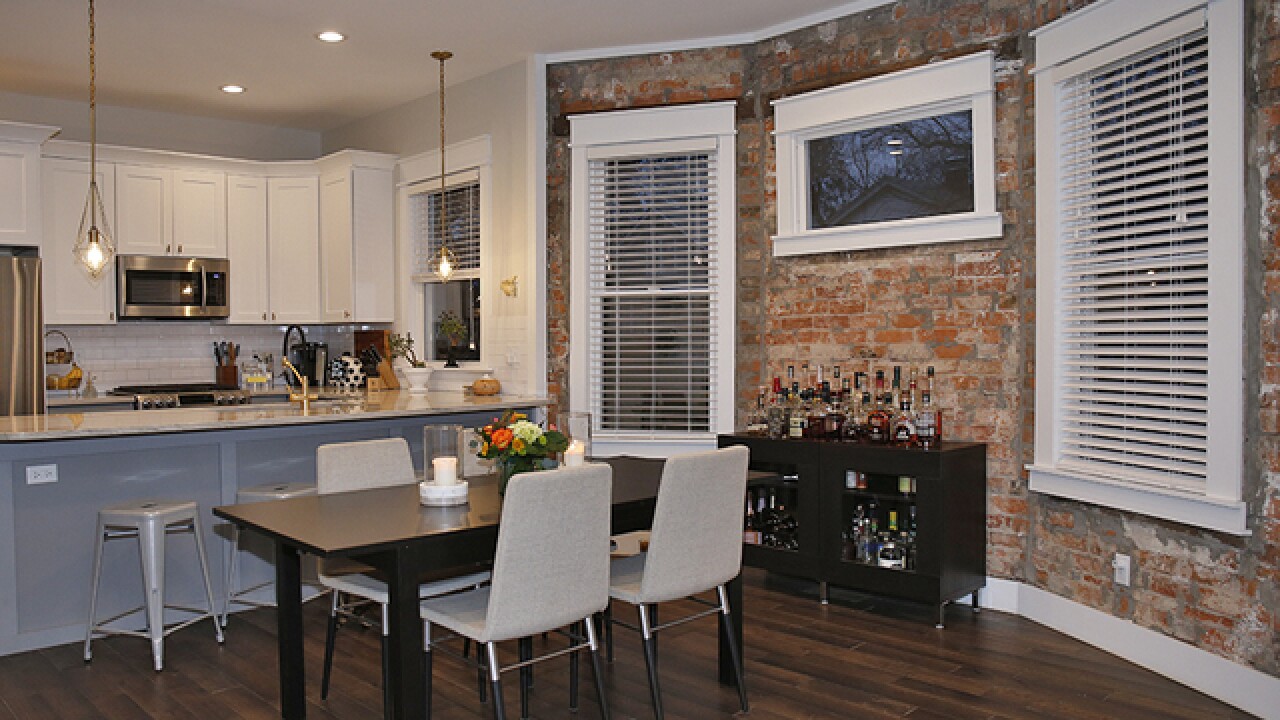 Copyright 2018 Scripps Media, Inc. All rights reserved. This material may not be published, broadcast, rewritten, or redistributed.
Gary Landers
The dining room and kitchen, photographed in the Pleasant Ridge home of Zac and Brittney Ranard Monday, Nov. 19, 2018. (Photo by Gary Landers/WCPO)

CINCINNATI — After living in Pendleton, Brittney and Zac Ranard knew they wanted their next home to be in another walkable neighborhood. They quickly zeroed in on Pleasant Ridge because it met that requirement -- and it had plenty of space.

"We knew we were going to need four bedrooms," Brittney said.

Zac works from home and needs an office, and they're expecting their first child in January. So they knew they'd easily fill those rooms.

While looking for homes in Pleasant Ridge, they spotted a 1930 home on the neighborhood's Facebook page. Tyler Light, who co-owns T Square Construction (and renovated his own home in Pleasant Ridge) was converting the former two-family back into a single-family home. It had sat vacant for some time, and Light had gutted it down to the studs by the time the Ranards saw the Facebook post.

"We contacted him and came and saw it the next day," Brittney said.

Because they found the home while it was still undergoing renovations, they were able to choose their finishes, such as countertops, light fixtures and cabinets, to give the space a personal flair.

"It's kind of like having a new house, but it has character because it's been here for 80 or 90 years," Zac said.

That character comes from touches like exposed bricks, which can be seen on all three floors. Moldings that aren't original were made to match those that were. The home has two fireplaces, one in the master bedroom and one in the great room.

The couple added their own fun, personal touches to that existing character. In the first-floor bath, they put up colorful butterfly wallpaper. In the entry, they hung a vintage chandelier with family history: It was a gift from Zac's father to his mother on their first wedding anniversary. A small flock of flying pigs nod to the fact that Brittney has run a couple of Flying Pig marathons. Art of Walnut Street, framed in walnut wood, by local artist David Day is a reminder of where the couple had their first apartment together.

There's a lot to see in a small space in the couple's little den, tucked just off the great room. It has an eclectic gallery wall showcasing everything from a portrait of Zac's great-great uncle, circa 1942, to a "King Kong" poster and a Queen City sign. The room itself solved a dilemma with their open floor plan.

"We couldn't figure out where to put a TV out here (in the great room), so we decided to do something cozy and tucked away," Zac said.

While the 2,600-square-foot house has plenty of room for the couple and the baby they're expecting, it also has room for the baby they already had: Brittney's Baldwin piano. They gave up what would have been a coat closet to create a space for it, just inside the home's double front doors. The ability to make room for it was an added bonus to everything else the home already had to offer.

"There are not a lot of houses that can hold a baby grand piano," Brittney said.