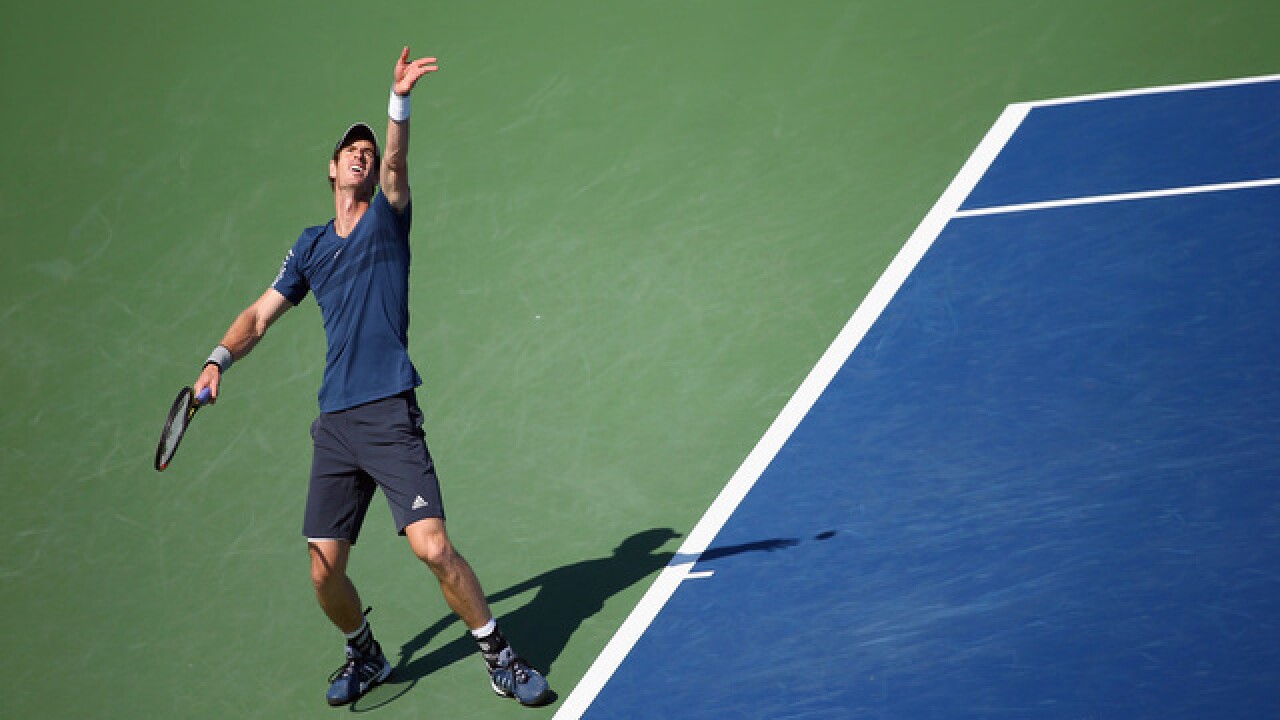 Copyright Getty Images
<p>Andy Murray of Scotland hits a serve during his match against Joao Sousa on day 5 at Western & Southern Open on August 13, 2014 at the Linder Family Tennis Center in Cincinnati,Ohio (Photo by Andy Lyons/Getty Images)</p>

MASON, Ohio – Before taking the court for this week's Western & Southern Open, a few tennis players -- and at least one player's spouse -- blew off some steam at Kings Island.

Who could blame them? The amusement park and the Lindner Family Tennis Center, the site of the annual tennis tournament, are within viewing distance of each other along Interstate 71 in Warren County.

Murray Instagrammed a video of himself sharing a few choice words during a roller coaster ride.

Great fun with @k1ngkyrg1os today at @kingsislandohio... We weren't scared.. Honest😇.. I was only 🤢 once..Apologies for the language.. #rollercoaster

Kyrgios appeared to be the big winner when it came to amusement park games.

Rafael Nadal dropped out of this year's W&S Open on Sunday.

RELATED: What happened at the Western and Southern Open over the weekend

See the full schedule of daily matches, ticket prices and more information about the W&S Open at www.wsopen.com.