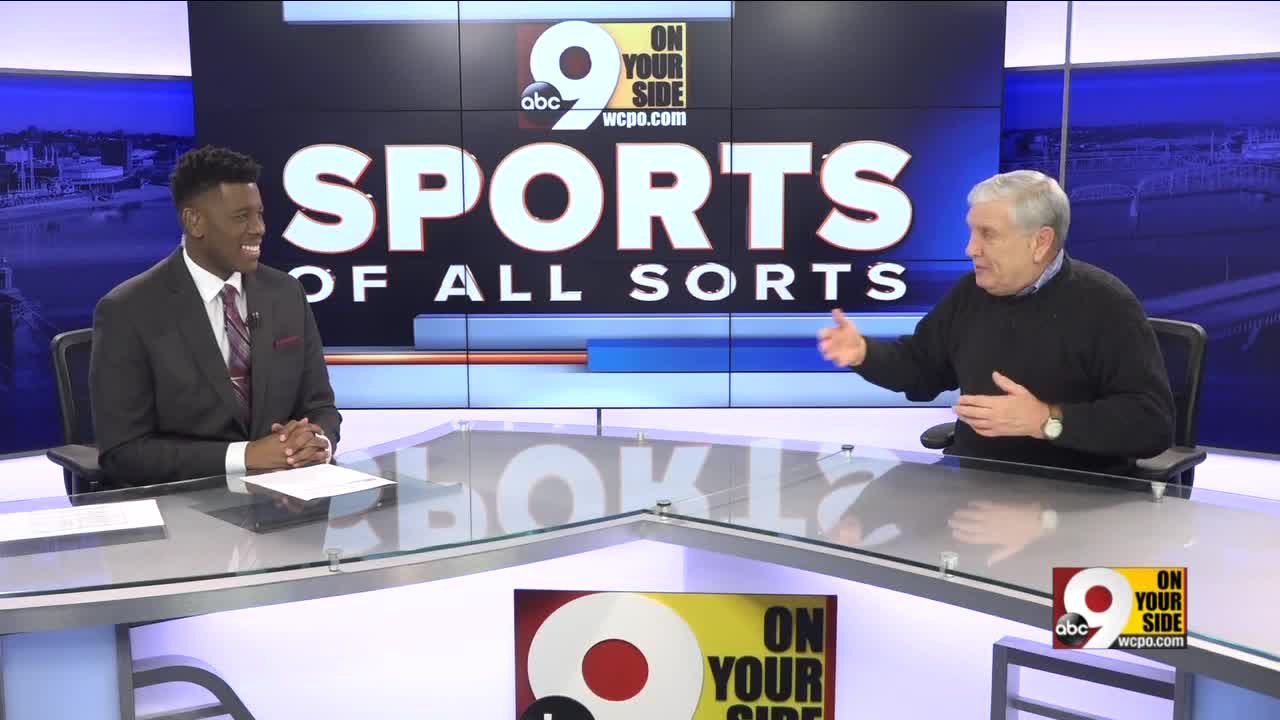 WCPO Sports Director John Popovich is retiring after 40 years at the Cincinnati TV station. Popovich reminisces about the Sunday night show he created 39 years ago with its new host, Reggie Wilson, and some of his regular expert guests - former Bengals Dave Lapham, Jim Breech and Rodney Heath - discuss how Popovich made it succeed for 39 years as the longest running sports talk show on Cincinnati television. 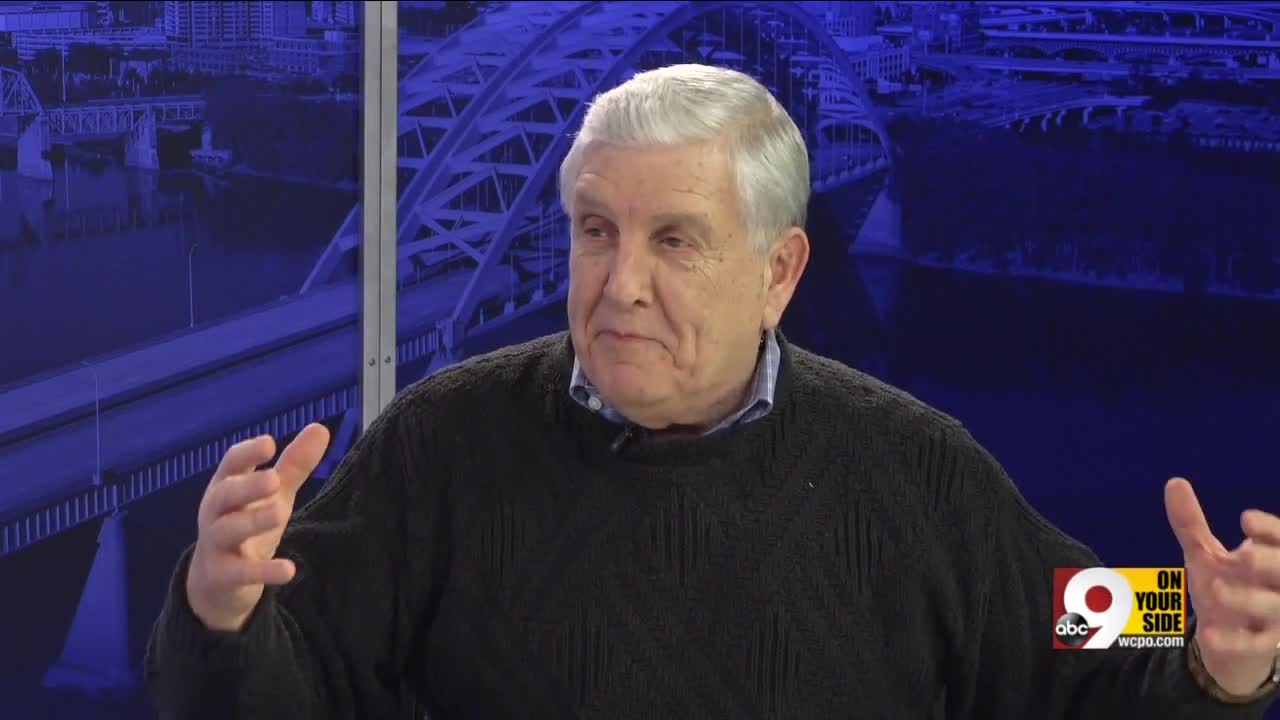 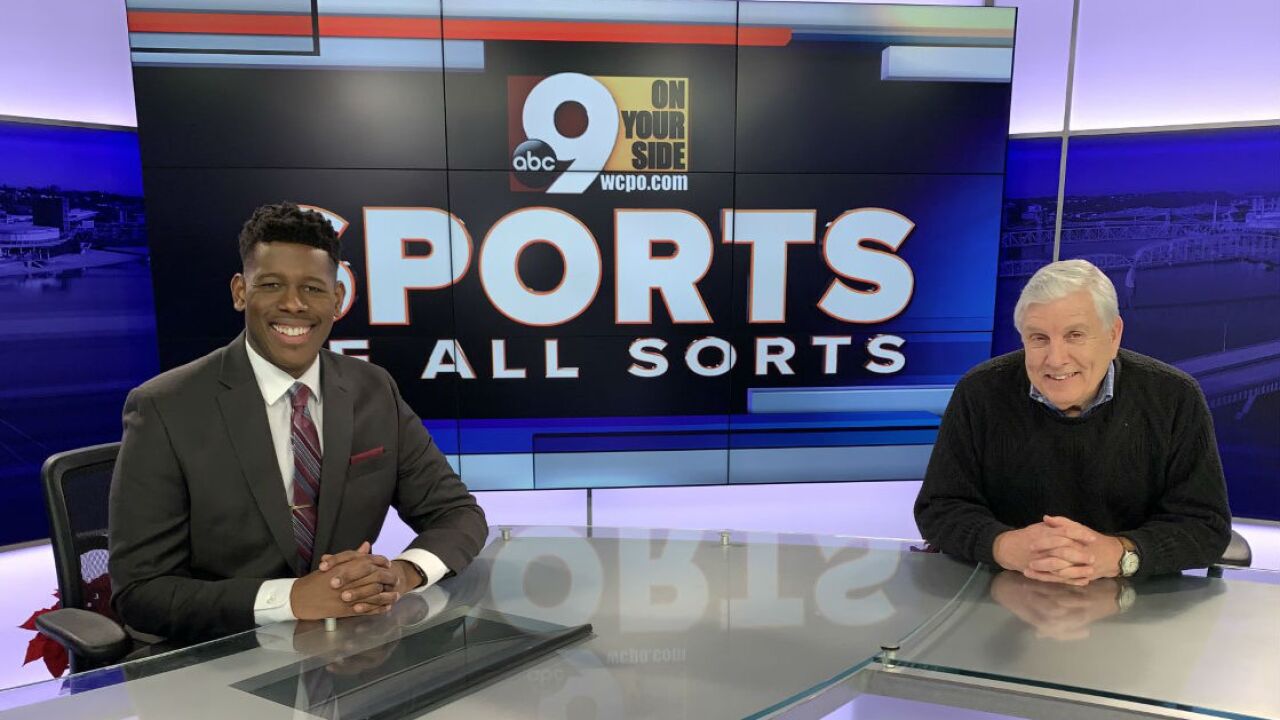 CINCINNATI — WCPO Sports Director John Popovich is retiring this week after 40 years at the Cincinnati TV station, but the signature Sunday night show he created, "Sports Of All Sorts," will go on.

Popovich joined the show's new host, Reggie Wilson, on Sunday night to reminisce about the show he started 39 years ago.

"One thing I always respected about John Popovich's 'Sports Of All Sorts,' no matter what the situation, this guy was a pro's pro," Lapham said. "In the decade of the 90s, it was tough duty coming in and talking about a team that was struggling – I mean, really struggling, like this year's team, for an entire decade – and John Popovich approached it the same way every single 'Sports Of All Sorts' show."

Through the years, Reds managers, Bengals head coaches and assistants, and coaches from UC, Xavier and other area universities made it a point to appear on Popovich's show, even when it used to air live from 11:30 p.m. to 12:30 a.m.

"Popo is so selfless, and it was never about him," Breech said. "I think doing the shows live, you just never knew what you were going to get, and the way he handled it, it was so seamless. I knew there was crazy stuff going on."

"You'd get a [caller] who might be a little bit wasted or you could tell he was upset," Heath said, "and Popo would cut that call real quick – 'click' – and it was like, 'Oh, man, I didn't get a chance to answer,' and 'Nope, on to the next one.' He just kept his composure."

But as the title indicates, "Sports Of All Sorts" wasn't just about football, baseball and basketball, and it wasn't just about pros and colleges. Popovich's subjects and guests ran the gamut – from high schools to running to rugby to fishing, and more.

"He'd go out and do stories in the community and put everybody in a good light," Breech said. "Popo was always there with a great story."

WCPO will have more tributes to Popovich on air and online this week.