Oktoberfest Zinzinnati 2018: Here's everything you need to know

Copyright 2017 Scripps Media, Inc. All rights reserved. This material may not be published, broadcast, rewritten, or redistributed.
JOSEPH FUQUA ll
Oktoberfest Zinzinnati 2017 kicked off on Second and Third streets, between Walnut and Elm streets, on Friday September15, 2017. Left to right Justin Rasner and Donata Cucinotta posed for a photo. Photo by Joseph Fuqua II for WCPO
Posted at 9:00 AM, Sep 19, 2018

The festival, which drew 675,000 people last year, will again take place on Second and Third streets between Walnut and Elm streets.

Here's what else you need to know to have a good time.

Braxton and Graeter's new collaboration: Braxton's new seasonal Pumpkin Pie Ale made in collaboration with Graeter's Ice Cream will be on sale at its beer booth. The beer is currently available in cans at area Kroger and other liquor retail outlets.

Skystar Observation Wheel: People will have the chance to ride the 150-foot-high Skystar Observation Wheel located one-block south of Oktoberfest on Freedom Way. The wheel opened earlier this month to celebrate the 10th anniversary of The Banks development. A 12-minute ride in the wheel's climate controlled gondola costs $12-per-person.

The "World's Largest Chicken Dance": Cincinnati Zoo & Botanical Garden Director Thane Maynard will serve as the grand marshal of this year's Oktoberfest Zinzinnati. He'll join a long list of celebrities and athletes who have been given the honor of leading the "World's Largest Chicken Dance." This year's dance will take place noon Sunday at the Oktoberfest Zinzinnati Main Stage & Sam Adams Bier Garten located at the corner of Second and Elm streets.

Running of the Wieners: The totally adorable dachshund race will kick off festivities at 11 a.m. Friday. The wieners -- many in festive costumes -- will run on Freedom Way between Rosa Parks and Walnut streets. Maynard will be on hand to officiate the event.

Oktoberfest Zinzinnati opening ceremonies: Sam Adams founder Jim Koch will tap a keg to kick off the weekend’s festivities at 11:30 a.m. Saturday on the Sam Adams main stage at Second and Elm streets.

The Gemuetlichkeit Games: These goodwill games that pit media personalities against one another in fun competitions starts at noon Friday on Freedom Way between Rosa Parks and Walnut streets.

The World Brat Eating Championship: Joey “Jaws” Chestnut will defend his title at 2 p.m. Sunday at the Braxton Fass Bar at Third and Walnut streets.

Live entertainment: Bands will play on nine stages located across Second and Third streets. Tap on the icons in the map below for stage locations and show times or check out the entertainment tab at www.oktoberfestzinzinnati.com.

The food and drinks

Oktoberfest Zinzinnati wouldn't be the same without eating at least a beer and a brat -- and we mean least. There will be more than 100 varieties of beer and 200 food items for sale among the vendors, festival tents and beer gardens at Oktoberfest.

Tap each beer label in the image below to see the beers that will be available. 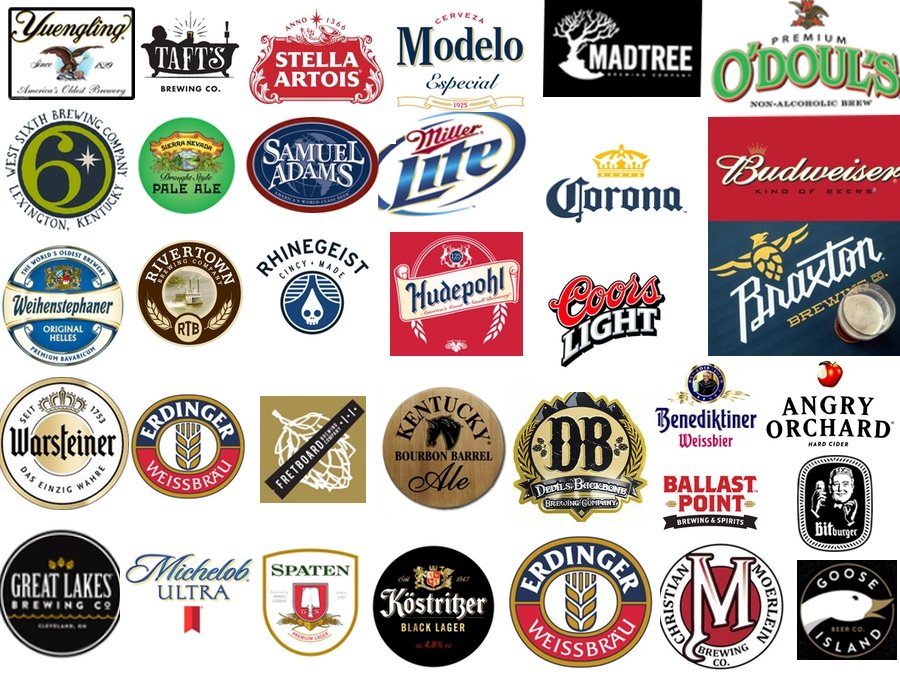 Search the menu on Oktoberfest Zinzinnati's food and drink page.

Before going to Oktoberfest Zinzinnati, make sure you plan your route. A good option to avoid traffic is parking away from the event and riding either Cincinnati's Metro, TANK or the Cincinnati streetcar to Oktoberfest. (The streetcar has a stop near the intersection of Walnut and Second streets.) Road closures will begin at 9 a.m. Friday and continue through 4 a.m. Monday, Sept. 24. The closings include:

In order to allow access to parking garages near Oktoberfest, the following streets will be converted from one-way to two-way streets: