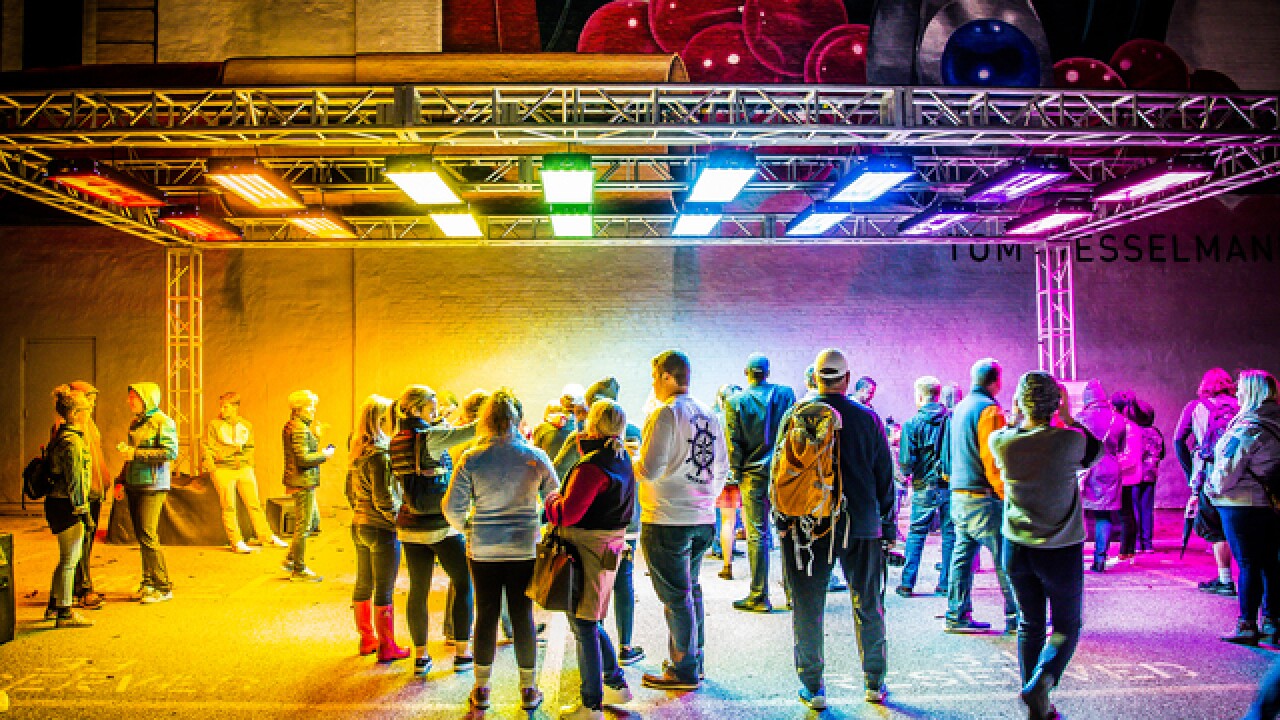 Copyright 2017 Scripps Media, Inc. All rights reserved. This material may not be published, broadcast, rewritten, or redistributed.
<p>The people who flocked downtown for BLINK Cincinnati became part of the artistry themselves.</p>

CINCINNATI -- BLINK, the incredible art and light festival that took over downtown Cincinnati last fall, is making a return in October 2019.

"It's going to be a little bigger," said Rich Walburg, communications director for the Cincinnati USA Regional Chamber.

"Now that businesses have seen it and what BLINK can do we believe we'll have that support to make it bigger, better and brighter," Walburg said.

"It will be in the same general area but that doesn't mean it will be on the same route," he said.

The festival will continue to be a free public event.

“The spirit of BLINK is the joy we all found in a shared moment of art and light,” Maloney said in a press release. “BLINK promises to share even more surprises and jaw-dropping moments in 2019.”

The regional chamber and Haile Foundation are planning and fundraising once again for BLINK in 2019 with fellow creative partners Brave Berlin, ArtWorks and AGAR Agency, according to Jill P. Meyer, president and CEO of the chamber.

RELATED:  BLINK was something for all of Cincinnati to be proud of
GALLERY:  BLINK Backstage Block Party
MORE PHOTOS:  BLINK CINCINNATI GAVE US FOUR DAYS OF ART, LIGHT, COLOR AND MOTION

"I would say we are dreaming big and thinking about a lot of cool things and then we need to sit down and figure out what pieces we can actually make happen," Meyer said.

When Malone announced plans for the first BLINK in the fall of 2016, he estimated the three-day festival would cost approximately $3 million to execute. The Haile Foundation provided about $1 million in seed money for the event and then raised the rest through local sponsorships.

Walburg said the price of the second iteration of BLINK will likely be even more. Meyer added that one fundraising advantage organizers currently have is BLINK itself.

"What we heard after BLINK was many comments where people said, 'We didn't quite get what you were talking about but now we've been there and we've seen it and we need to be a part of this,'" Meyer said.

Maloney and Meyer also expect BLINK 2019 will draw even larger crowds not only locally but from across the country as well.

Those wishing to provide support to BLINK may contact Cynthia Oxley at 513-579-3193 or coxley@cincinnatichamber.com.