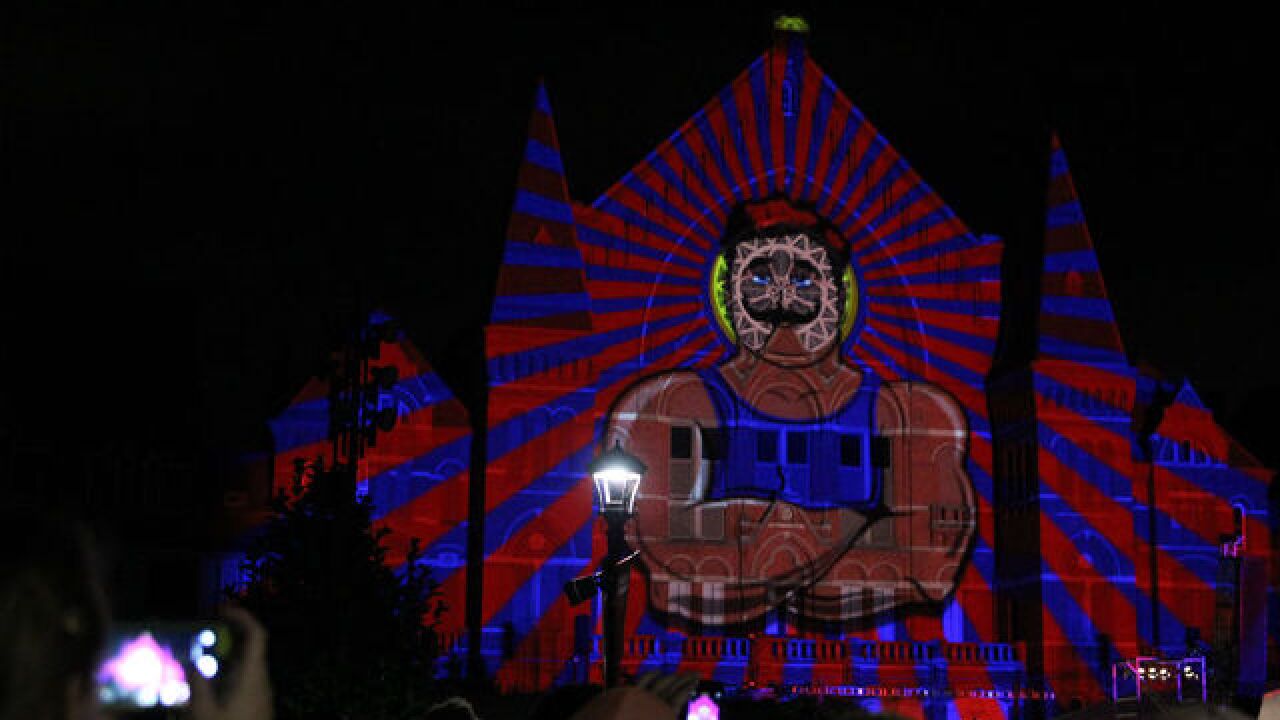 CINCINNATI — BLINK Cincinnati, the four-day light and art festival set to start Thursday night, plans to highlight the Queen City's creative community and architecture from Findlay Market to the Banks.

In September 2016, the Haile Foundation, AGAR, ArtWorks, Brave Berlin and the Cincinnati USA Regional Chamber announced plans for the festival.

Brave Berlin produced two years of Lumenocity, which was projected onto Music Hall and paired with music by the Cincinnati Symphony Orchestra in Washington Park.

Lightborne Communications produced the 2016 Lumenocity show, which the CSO moved inside of the Taft Theatre due to ongoing renovations to Music Hall.