'A Christmas Carol' becomes one-man show to open during pandemic 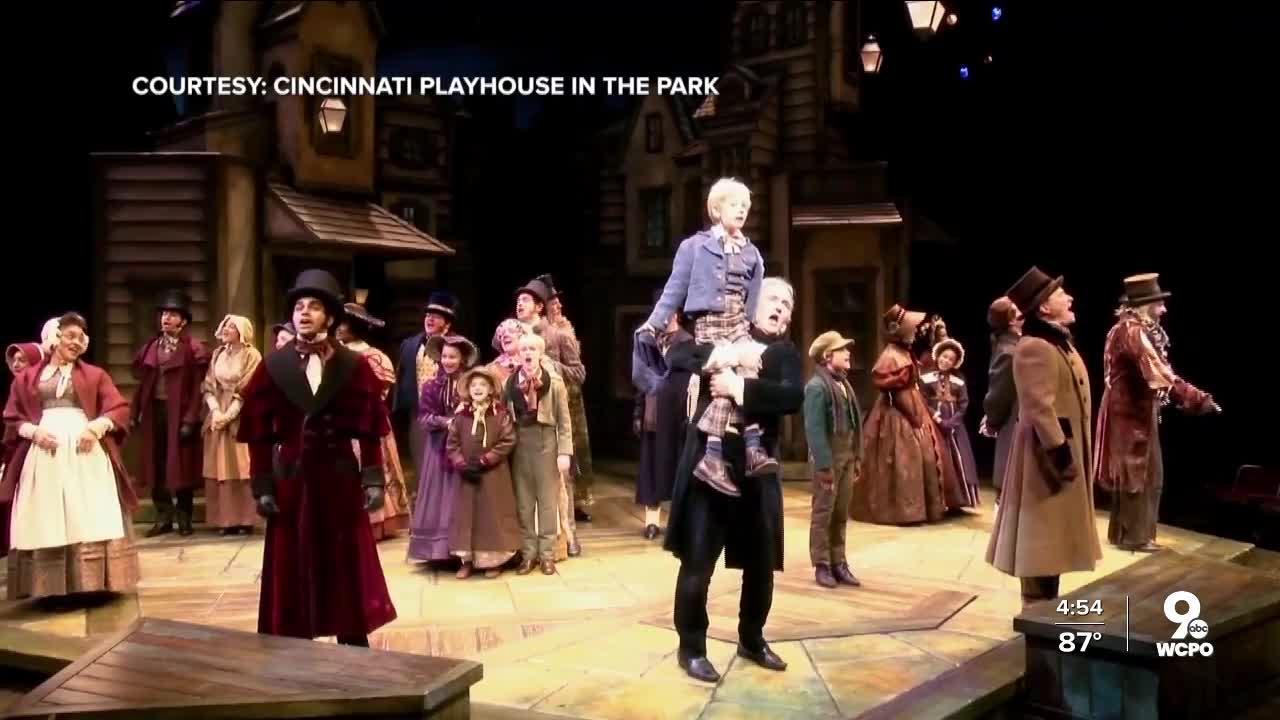 Playhouse in the Park's long-running "A Christmas Carol" is set to return for its 30th anniversary this December as a one-man show, one of the first of many changes to local theater productions and schedules to accommodate pandemic safety guidelines.

CINCINNATI — Playhouse in the Park's long-running "A Christmas Carol" is set to return for its 30th anniversary this December as a one-man show, one of the first of many changes to local theater productions and schedules to accommodate pandemic safety guidelines.

It may be the most dramatic change announced Thursday, as three local theaters issued a joint statement with plans to delay and rework their 2020-21 seasons starting at the end of the year.

"This is the most viable way for us to provide cheer and hope this holiday season,” said Artistic Director Blake Robison in a news release. “For safety, we are starting off with the smallest-cast shows and building up from there through the spring."

Playhouse in the Park made the announcement in conjunction with Over-the-Rhine's Ensemble Theatre Cincinnati and Cincinnati Shakespeare Company.

"We do need to take the health and safety of our artists and our audience and our staff members into account. That has to be front and center," Robison told WCPO. "We're all working together, all the performing arts venues in town, to make sure that the same health and safety protocols will be in place, so wherever you go to enjoy live theater, you're being asked to do the same things."

The three companies have all been shuttered since the pandemic began in March.

Their joint announcement was made, according to a statement, because of the crossover of audiences between theaters and the need for consistent safety guidelines. Aside from intense cleaning and lower audience capacity, the theater representatives said they were looking at longer runs for shows to accommodate social distancing.

"At some point, you have to plant your stake in the ground and say, 'Here's the new plan, here's what we want to do. We will adjust as necessary moving forward, but based on all the information we have right now, this seems like the responsible, safe way to get actors back up on the boards so we can all enjoy live theater together,'" Robison told us.

Playhouse in the Park said Thursday it was shuffling its 2020-21 season to include some shows originally scheduled for this season. Those include "Murder on the Orient Express" and "Becoming Dr. Ruth." The original 30-member cast version of "A Christmas Carol" is planned for a return in late 2021.

It is also working on virtual and outdoor experiences for late summer and early fall.

Ensemble Theatre Cincinnati has the added challenge of its small capacity.

"We have 182 seats total," Artistic Director D. Lynn Meyers told WCPO. "If you do social distancing and then you subtract the actors, and running crew, and front-of-house staff, you're down to about 35 audience members, and theater is not meant to be a private entity. It's meant to be this communal enjoyment of something."

ETC did not release a return date or revised season schedule on Thursday, instead aiming for an early January return with the play "Pipeline." The 2018 Obie Award-winning play had just opened when the theater decided to shut down in March, ahead of Ohio Governor Mike DeWine's order banning mass gatherings, Meyers said.

ETC has put its planned musical production of "Sleeping Beauty" on hold for the season, citing its large cast and singing, though it plans to bring musicals back in 2021.

"Two thousand kids see that show for free," Meyers said. "If I can't get them on a field trip from schools to see that show, I'll wait until I can have those kids in the house and families feel comfortable."

The theater is currently running virtual summer camps and working on digital versions of its annual event Expectations of Christmas along with a general audition call for Meals 4 Monologues. Both will be available in December.

Cincinnati Shakespeare Company has been preparing its annual free, outdoor Shakespeare in the Park touring acts to resume later the summer.

It also announced its first production will be a holiday tradition. "Every Christmas Story Ever Told (And Then Some!)" will debut at the end of November.

“This show, which has run at Cincinnati Shakespeare Company for over a decade, will be a wonderful way to welcome back our patrons, who we have greatly missed during this time,” said Artistic Director Brian Isaac Phillips in a news release.

The remainder of the season will feature three Shakespeare classics - "Hamlet," "Romeo and Juliet," and "The Comedy of Errors." The theater will finish the season with "Pride and Prejudice," which was in the middle of its run when the mass gathering order came down.

"It is in the DNA of Shakespeare, with the fact that his playhouses had to close due to the plague and he wrote great plays while he was under quarantine ," Phillips told WCPO. "So to show our Shakespeare at this time seemed appropriate."

All three theaters said schedules and safety operations could still happen, based on guidelines from state and local health officials.

Tickets for the remainder of each season will go on sale in late fall.

Agatha Christie’s
MURDER ON THE ORIENT EXPRESS
Adapted by Ken Ludwig
May 22 – June 20, 2021

Cincinnati Shakespeare Company
EVERY CHRISTMAS STORY EVER TOLD (AND THEN SOME!)
by Michael Carleton, James FitzGerald, and John K. Alvarez
November 19 – December 27, 2020

PRIDE AND PREJUDICE
By Kate Hamill, adapted from the novel by Jane Austen
June 4 – July 3, 2021