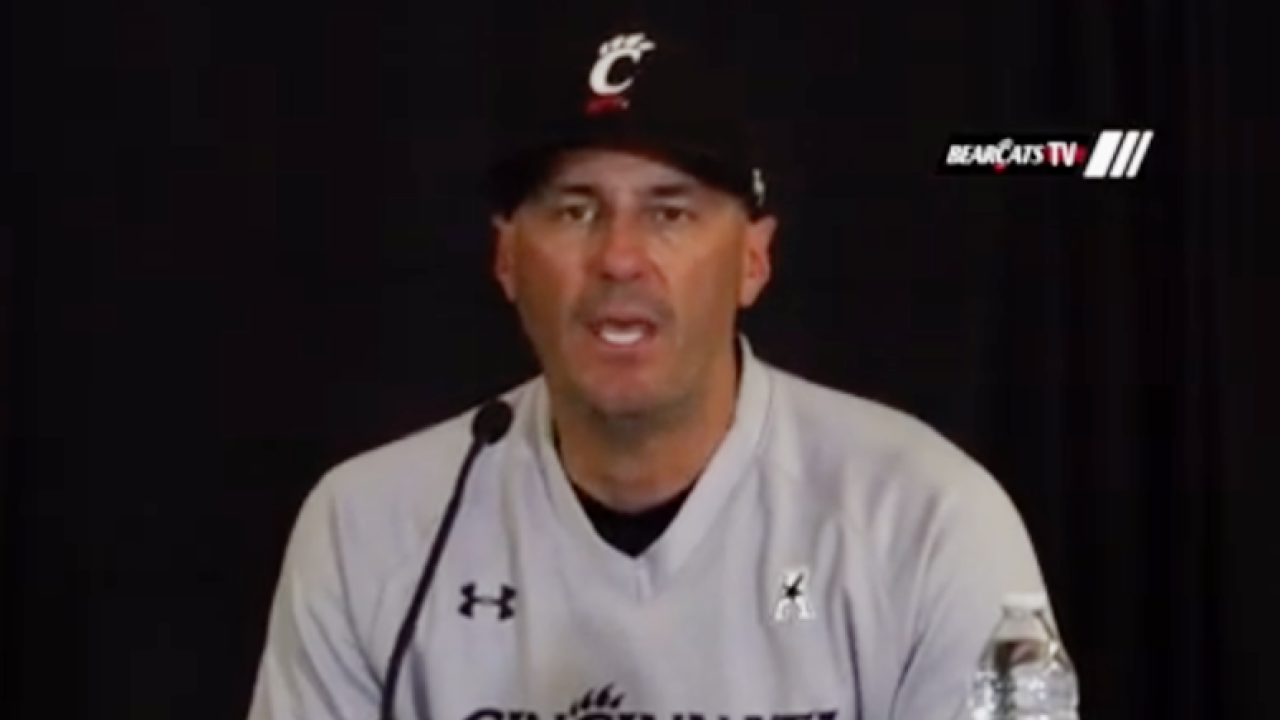 CORVALLIS, Ore. — The University of Cincinnati baseball team didn't bring home an NCAA Tournament trophy but it accomplished more than the 45 Bearcat teams before them.

A 6-1 loss to Creighton Sunday eliminated UC from the NCAA regional at Corvallis, but it didn't diminish what the Bearcats did in winning the school's first conference title since 1967, making the tournament for the first time since 1974, and beating the defending national champion, Oregon State, on its home field in their NCAA opener.

"I'm really proud of this year and what we accomplished," coach Scott Googins said after Sunday's second loss in the double-elimination regional.

Great season @GoBearcatsBASE you made all the alumni very proud!! #humcats

"This whole year we played with such a chip on our shoulders," said senior pitcher David Orndorff. "We were doubted by so many people ... We kind of kept a fearless mentality all through the season, so when we show up at the ballpark, we're not afraid to play."

That was evident when fourth-seeded UC knocked off top-seeded Oregon State 7-6 Friday night on A.J. Bumpass's tiebreaking triple in the ninth inning. But UC's bullpen collapsed in a 10-4 loss to No. 3 seed Michigan on Saturday, and UC's offense couldn't get going against No. 2 seed Creighton on Sunday.

Creighton's Will Robertson hit a three-run homer in the fourth inning off starter and loser Evan Shawyer, and that gave the Bluejays all the runs they needed.

The Bearcats scored their only run and took a short-lived 1-0 lead in the third inning. Cole Murphy singled, went to third on Jeremy Johnson's single and a throwing error, and came home on a wild pitch.

Johnson went 3-for-4 and Murphy and Jace Mercer went 2-for-4. Mercer was 8-for-11 in the tournament.

Creighton will play Michigan on Monday for the regional championship after beating the Wolverines 11-7 Sunday night. The Blue Jays trailed 7-4 entering the ninth inning but scored seven runs in an improbable comeback.

The winner advances to the super regional against the UCLA-Loyola Marymount winner.