Monday on repeat, another cloudy day in the Tri-State 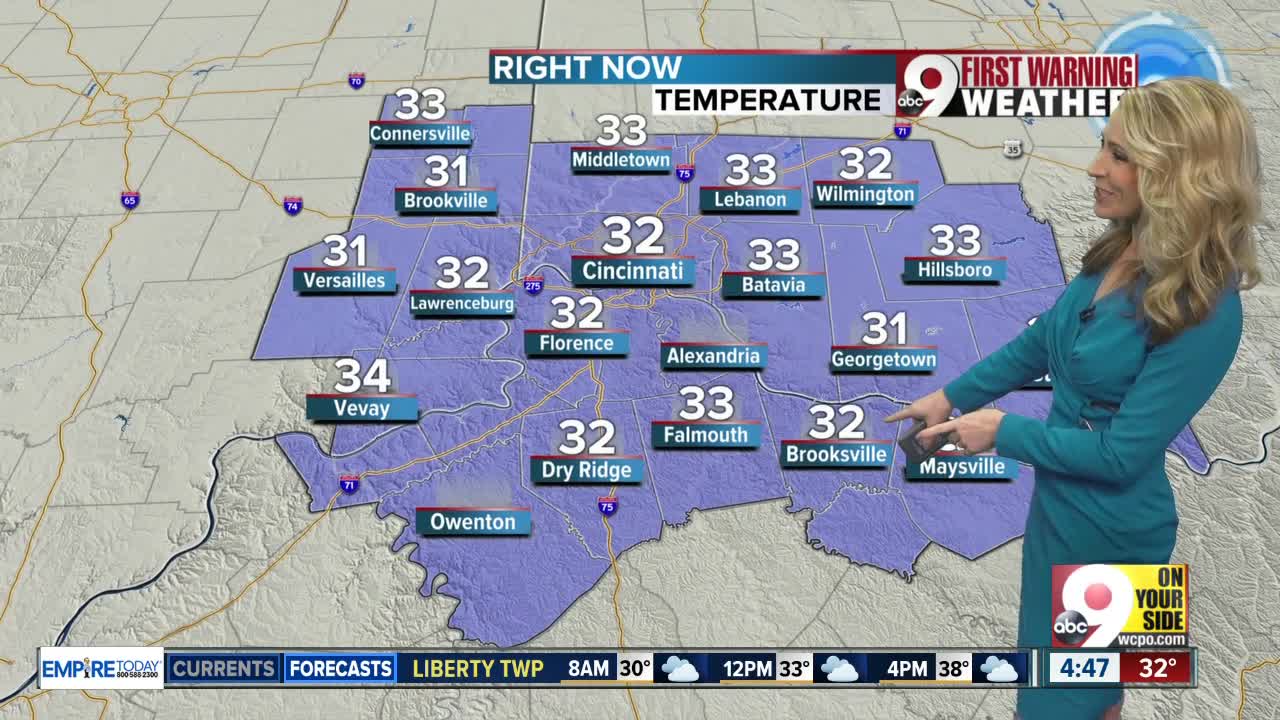 We are stuck in neutral when it comes to the forecast. Cloudy skies will hang around the Tri-State for the next several days. While we have a chance for a few flurries on Wednesday, the first significant change won't come until the weekend.

It's a cool and cloudy start to the day with temperatures in the low 30s. The sky will be overcast throughout the day and this keeps the temperature cool, only topping out at 39 degrees.

Basically, it's the same for Wednesday with a chance for flurries. Clouds will finally break up a bit for Thursday and the temperatures warm toward the end of the week.

A wintry mix returns to the Tri-State this weekend. At the moment, it doesn't appear to be much more than a nuisance. Roads should stay in good shape both days.