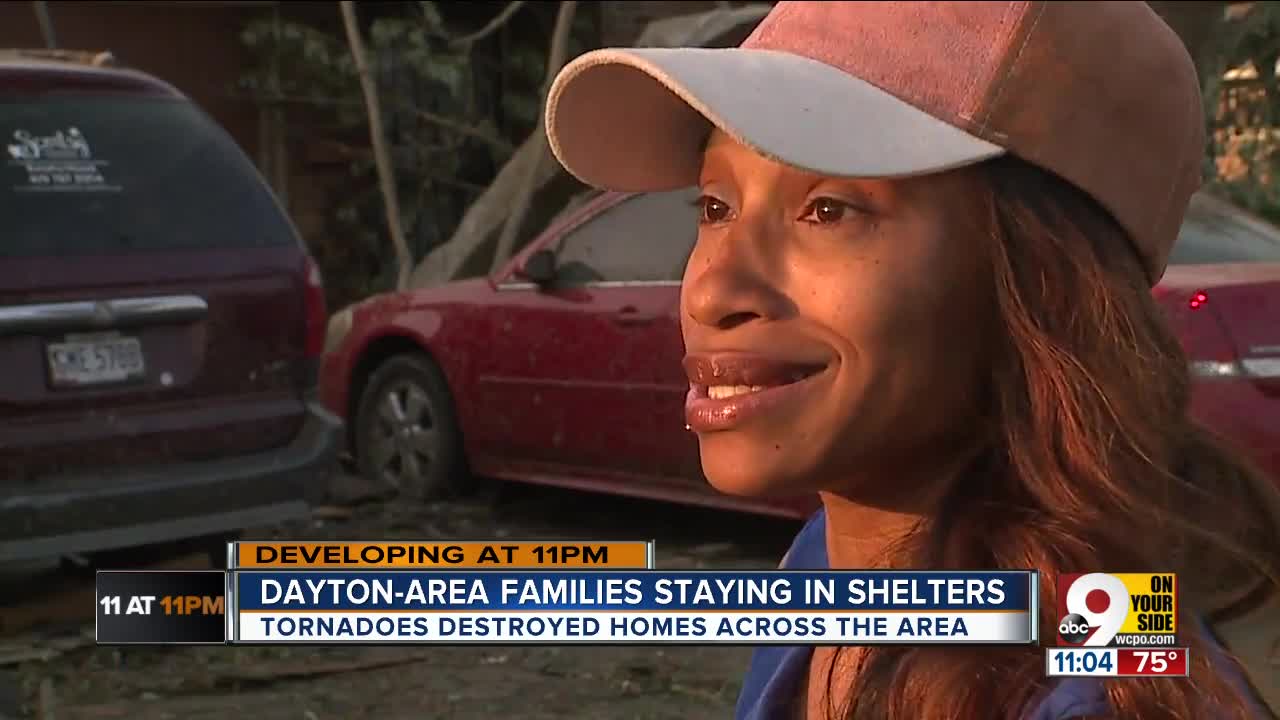 That’s the number of tornadoes that touched down in the Miami Valley Monday night, the National Weather Service in Wilmington wrote after a full day of surveying. The three largest and most destructive tore through Trotwood, Celina and Beavercreek Township at over 136 mph; the smallest arrived in Circleville spinning at least 65 mph.

How powerful was each tornado?

EF0 (65-86 mph) tornadoes touched down in Circleville and Phillipsburg

Like the NWS, residents of the affected cities spent Monday examining the aftermath: Rubble-strewn streets, splintered trees and homes knocked off their foundations or collapsed inward, as though they’d been kicked in by a gigantic foot.

Some camped overnight in their ruined houses, afraid looters would take what little remained. Others beelined for Red Cross emergency shelters across the Dayton area.

That such complete destruction had only resulted in one death — that of 81-year-old Celina man Melvin Dale Hannah — was remarkable, Gov. Mike DeWine wrote on Twitter.

I truly believe it is a miracle that more weren’t hurt or killed when the tornadoes touched down in #Ohio overnight. #ThankYou to our news media/meteorologists in #Dayton and elsewhere who tracked the storm and alerted the public to the danger. Your work saved lives. pic.twitter.com/bF2s3sL1Re

DeWine declared an emergency in Greene, Mercer and Montgomery counties while touring storm-damaged areas earlier in the day. The declaration will allow those areas to access increased funding and personnel resources as they begin their recovery.

It will likely be a long one, said Sharmeeka Dawkins. She had been visiting family when the storms hit, collapsing the roof of her aunt’s home and knocking out many of the front windows.

Dawkins did what she could, she said: She hugged her aunt. The family resolved to take things slow as they searched for a next step.

Streets away, Dionna Harris took cover in her house with her daughter and 7-year-old grandson as the storm struck. The boy told his family he did not want to die.

“That’ll just rip your heart out,” Harris said. “You tell him, ‘It’s not going to happen. God’s got us.’ And look what happened.”

Like DeWine, she considers her survival somewhat miraculous. The fact she was not injured, she said, was a sign her family had been blessed.

A wind-propelled projectile punched a hole in one of Pat Freeze’s brick walls Monday night, narrowly missing her and her husband as they huddled in their half-bathroom.

“Everybody says it sounds like a train,” she said Tuesday. “It doesn’t sound like a train, just a huge wind and then everything breaking at once.”

The interior of their home was blanketed in insulation by the time they emerged, and their attic was exposed to whatever else the elements had to offer.

They still emerged from the squall better than Susan Profeta, who pulled into her neighborhood right after the storms hit. She expects she’ll be building a new home instead of rebuilding the one damaged by the weather.