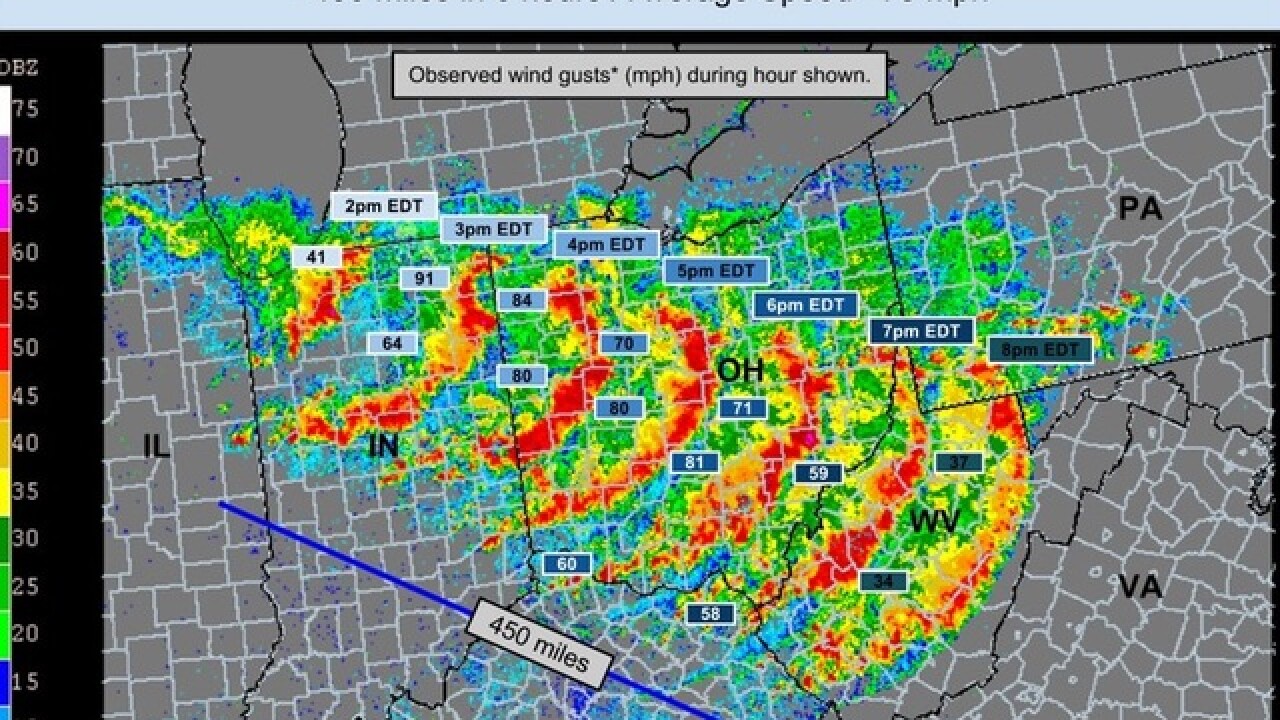 Wednesday marks the four-year anniversary of a powerful storm system that moved through the Tri-State.

This system, called a derecho, caused widespread wind damage with numerous reports of 60 mph winds across the area. This system even brought winds up to 91 mph in Fort Wayne, Indiana, and 82 mph winds at Ohio State University’s campus in Columbus.

The word derecho means “straight” in Spanish. Meteorologists use the word to describe a complex of thunderstorms that produce violent straight-line winds for hundreds of miles. This storm complex initially started in northern Illinois, then quickly blasted southeast right into the Tri-State.

During the derecho, the Tri-State saw wind gusts as high as 70 mph which help create thousands of power outages. Widespread tree damage occurred as well, with many large trees coming down on homes and powerlines.

Southwest Ohio took the brunt of the tree damage. Here’s a look at some of the measured gusts as the derecho rolled through:

Its movement was along a stationary front that separated very warm air to the south, from much cooler and drier air to the north. Temperatures out ahead of the storms reached the low 100s here in Cincinnati with oppressive humidity. That gave plenty of fuel to the storms to keep them going all the way through the Tri-State.

The derecho made it all the way to the coast of the Mid-Atlantic, and created widespread wind damage all the way there. In all, 5 million people lost power from the Midwest to the Mid-Atlantic coast, and 22 fatalities were reported. It traveled over 700 miles in just 12 hours.

For more information about the derecho, the Wilmington National Weather Service office posted a link available here. They have also included radar and satellite loops of the derecho, as well as a look at the damage and wind reports here in the Tri-State. Check it out!