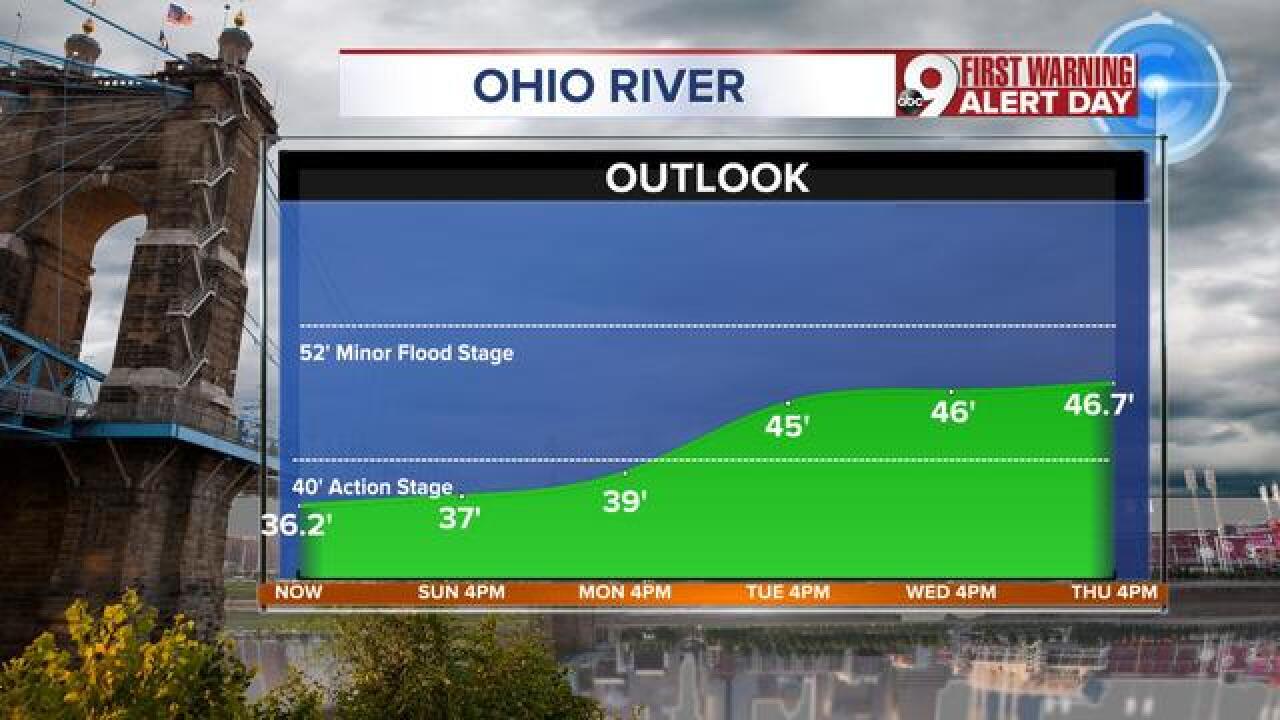 When we get this much rainfall, we know people across the Tri-State start watching and monitoring the Ohio River closely. Here is the latest river level forecast for the Ohio River at Cincinnati.

The river has already risen 9 feet since rain began Saturday. It is forecast to rise another 10 feet in the days ahead.

This will take the river well in what is called "Action Stage" at Cincinnati.

Here is what happens above "action stage":

42 feet - Flooding begins east of Cincinnati near California, with some flooding near Coney Island and Riverbend Music Theater.

50 feet - Water begins to cover low areas of Kellogg Avenue from east of Delta Avenue upstream to Coney Island and River Downs. Parts of Humbert Avenue in the East End of Cincinnati also begin to flood. Some of Public Landing becomes flooded, as well as Riverside Park off River Road.