Is that a UFO? Odd sight over the Tri-State 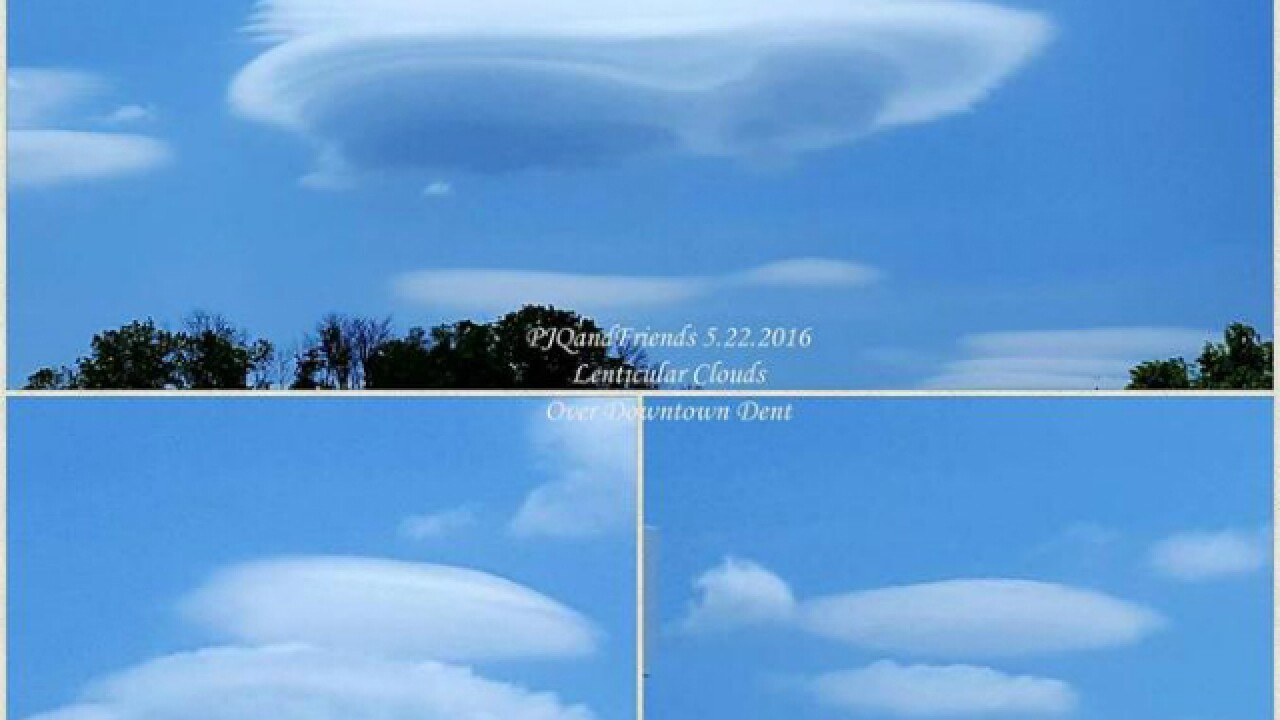 <p>Clouds shaped like flying saucers appeared over Dent, Ohio, on Sunday. (Photo submitted to WCPO by Paula Quatkemeyer, of Dent.)</p>

DENT, Ohio -- OK, maybe I took a little liberty with the title for this story, but when you see clouds like the ones pictured above, it really makes you scratch your head!

Clouds shaped like flying saucers appeared over Dent, Ohio, on Sunday. 9 On Your Side viewer Paula Quatkemeyer captured this series of pictures.

This cloud formation is actually called a lenticular cloud. Clouds like this generally form on the leeward side of the Rocky Mountains (opposite side from where the wind is blowing). However, they can also form after wind blows around valleys or hills, elements that are plentiful in the Tri-State. The result is a smooth, lens-shaped cloud. It can also look like a stack of pancakes!

The wind is forced to go up and over hills but after the wave crests, it heads back down. That sinking motion can lead to condensation and a small cloud forms. Generally there is no precipitation associated with this cloud's formation, but on rare occasions you can get light showers.

So, if you want to see a larger gallery of lenticular clouds, click here for a little visual entertainment.