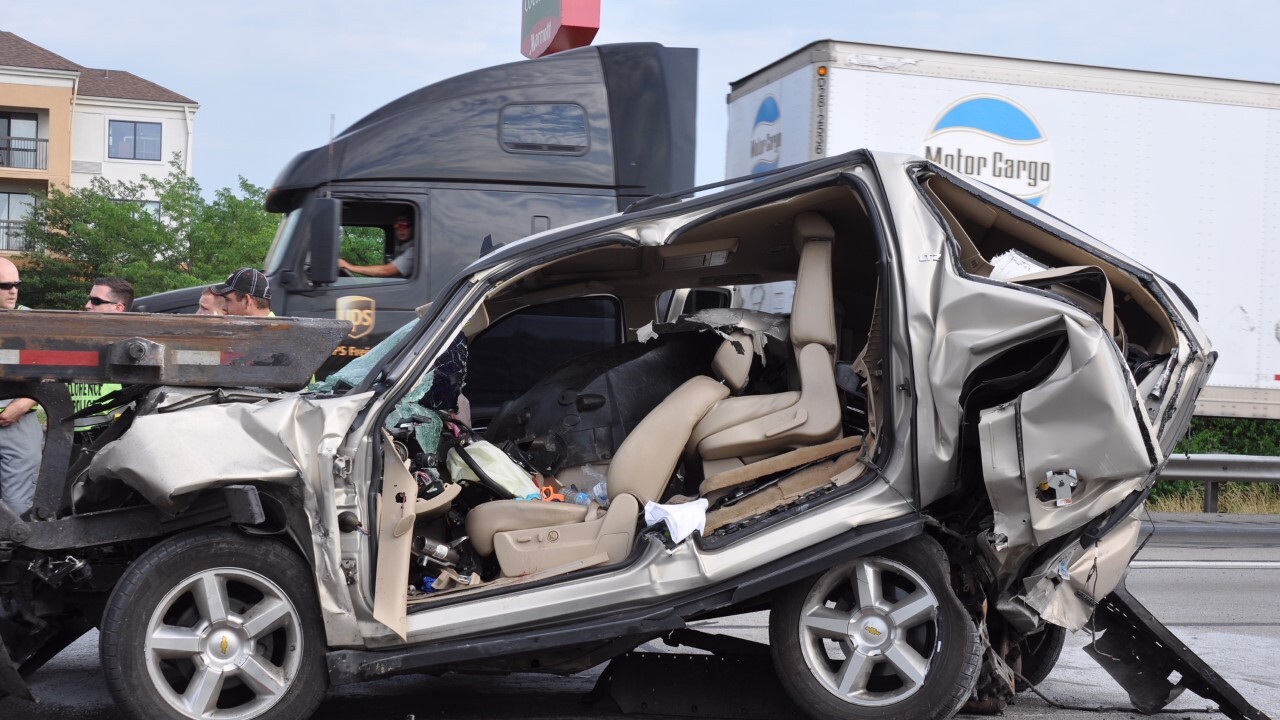 A distracted truck driver hit Julie Patrick&#39;s car in 2017, leaving her with injuries so severe she had to relearn how to walk. She provided WCPO this picture of the aftermath. 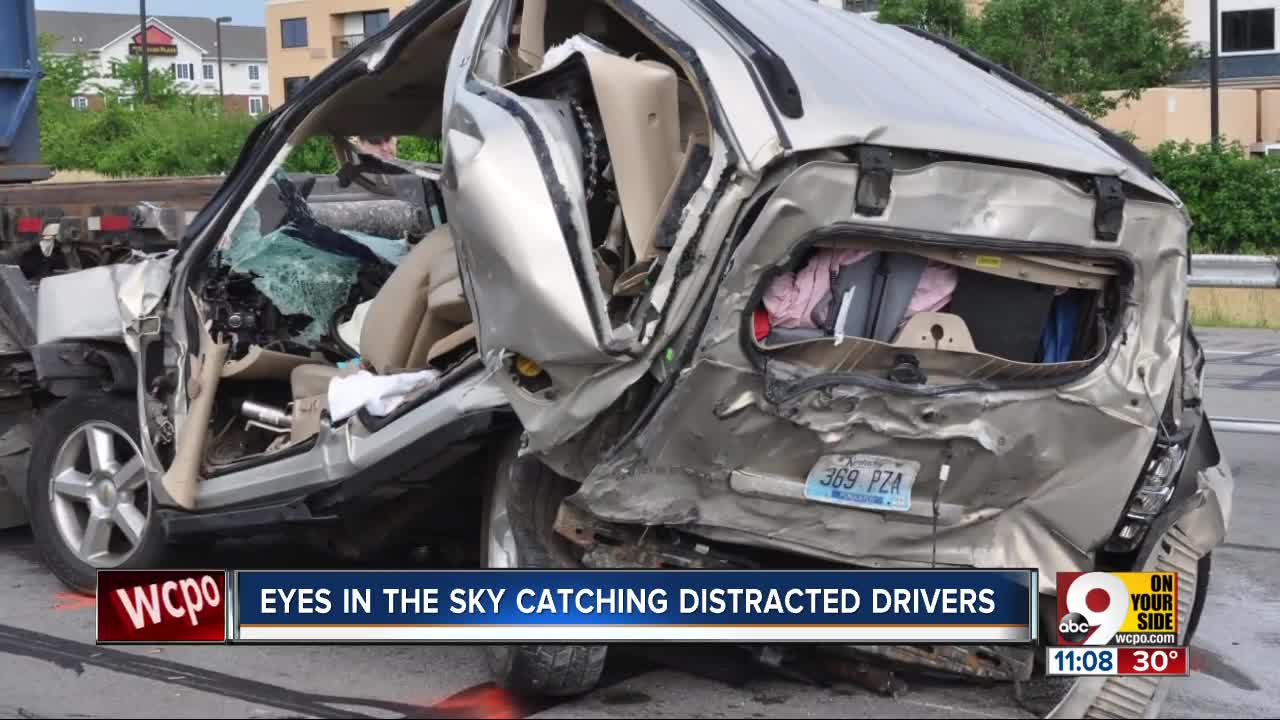 Ohio State Highway Patrol Trooper Andrew Edinger monitors traffic in the Buckeye State from an unusual vantage point. While his colleagues police the highways in silver cars, he's their eyes in the sky, hovering hundreds of feet overhead and scanning the road for signs of distracted driving.

"Distracted driving has the appearance of aggressive driving,” said Edinger, a pilot. “The motorist loses track of what's going on, and all of a sudden they find themselves following too closely behind the vehicle in front of them, or they stray from their lane."

When he's in an air enforcement zone and sees things like speeding, weaving and tailgating, he radios down to the ground patrols working with him. Those patrols get a description of who he's focusing on and where they are.

That way, troopers on the ground can intercept the vehicle and observe the driver to see if distraction — texting, talking or putting on makeup, for example — might be taking that person's eyes off the road.

If the ground crews see something, they can add a $100 fine to the driver's ticket.

"One of the things we're constantly looking for is what the driver is doing inside the vehicle as they pass us, and we close the gap on them," said Sgt. Christina Hayes, who let WCPO come on a ride-along during her shift. “We're looking at their movement. Are they looking down?  Do they have two hands or one hand on the wheel? You're pulling them over for the traffic violation and you're looking for the distraction.”

Inattention is tough to catch. Since February 2017, troopers in aviation details have made more than 5,000 traffic stops and written just 62 distracted driving tickets.

The Ohio State Highway Patrol said it's not just about catching the bad behavior. They said even when they can't prove distracted driving, the stops allow them to have conversations that can change behavior — all to make the roads safer.

Julie Patrick, who lives in Kentucky but drives Ohio roads, applauds the effort. She knows from painful personal experience what can happen when distracted drivers hit the road.

In 2016, she was in stop-and-go traffic on I-75 near Florence when the driver of a truck tried to veer left and instead slammed straight into her. The memory still brings her to tears.

"It's a noise you'll never forget," Patrick said. "You could hear the tires screeching. My legs were crushed. I couldn't move. I couldn't get out of the car to check on the kids."

The kids were OK. Patrick took the brunt of the hit. Her long list of injuries included spine and leg fractures. She had to learn to walk again — all because another driver wasn't paying attention.

That driver, in a deposition WCPO obtained from Patrick's attorney, said: "I must have been distracted by something ... But I don't know what."

The police report also noted inattention as a contributing factor.

"I would have to say more than 90 percent of the auto accidents we take have to do with distracted driving,” said Patrick’s attorney, Justin Lawrence.

He believes Patrick's crash was one of the worst he's seen.

In 2018, Ohio reported 13,727 crashes involving distraction. Forty-seven were deadly. Over 4,600 resulted in injuries.

Those numbers are why Edinger looks for distraction from the air and works with ground crews to catch it in action.

"It's a huge concern,” he said. “I don't want to see innocent people get hurt. We're saving lives."