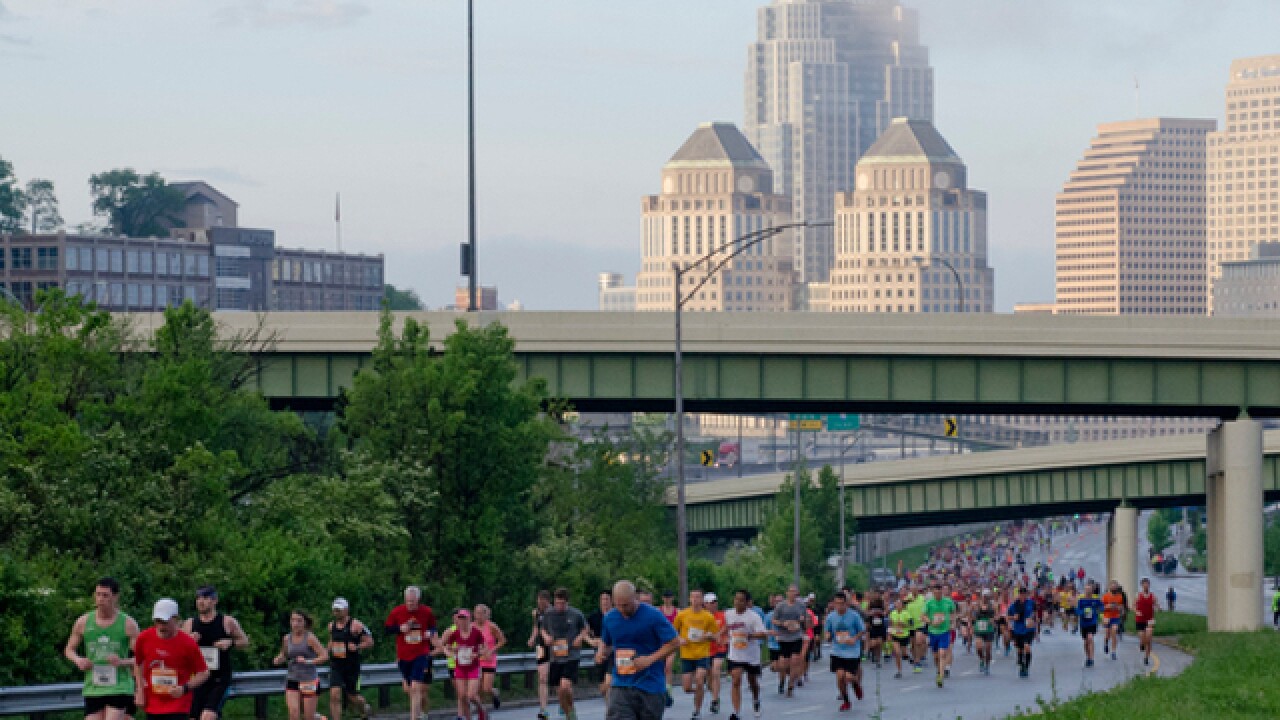 CINCINNATI -- For the 20th annual Flying Pig Marathon, it might be easier to ditch the keys.

The city advises spectators wishing to park near the starting line -- on Elm Street near Paul Brown Stadium -- to arrive early before the streets close.

You'll want to strap in for this list of closures.

Then, starting at 5 a.m., these streets also closed. Keep in mind that Cincinnati police will be on hand to assist anyone needing to cross the race route:

The race then moves into Mariemont and Fairfax, then returns on westbound U.S. 50/Columbia Parkway:

To accommodate the half-marathon route, these roads will also close as needed:

The street closures also mean some detours and service interruptions for Cincinnati Metro bus service and the streetcar in Downtown.

The streetcar will begin running around noon both Saturday and Sunday. It takes roughly 30 minutes after the races conclude to resume service.

For Metro, the races will impact the following routes:

Here's more detailed information on the specific detours per route.

Jaclyn DeAugustino reports on traffic for Good Morning Tri-State. Connect with her on Twitter (@JaclynDeAug) or on Facebook.