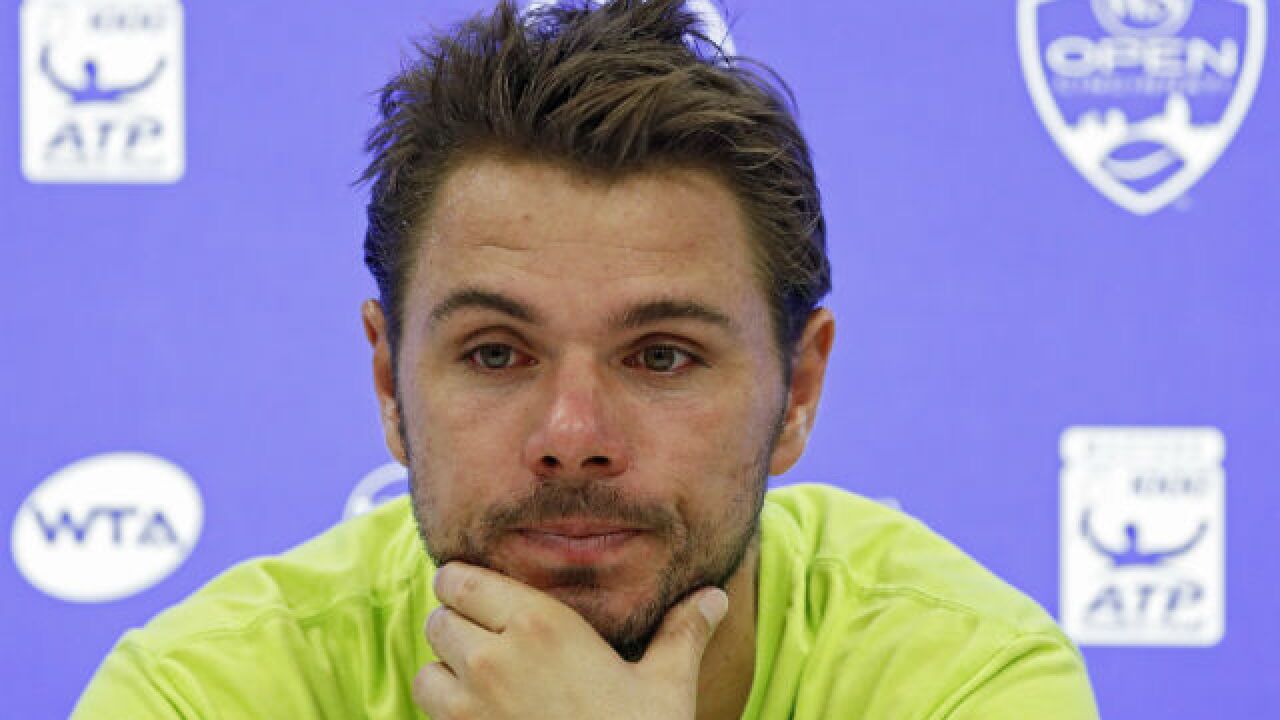 <p><span>MASON, OH -  Stan Wawrinka of Switzerland speaks to the media during the first round on Day 3 of the Western & Southern Open at the Lindner Family Tennis Center on Aug. 15, 2016. (Photo by Joe Robbins/Getty Images)</span></p>

MASON, Ohio - Stan Wawrinka benefited from a week off.

The world's fourth-ranked player, who withdrew from the Olympics because of a back injury, said Monday he is ready for this week's Western & Southern Open.

''I had to take some days for rehab,'' the 31-year-old from Switzerland said. ''I took eight days off from tennis and started playing last Monday.''

Wawrinka, whose best Cincinnati finish was the 2012 semifinals, showed up for practice on Thursday and prepared to resume a season that had included three championships. He reached the French Open semifinals and the Rogers Cup at Toronto.

Wawrinka, who is 31-11 this season, found time between practice sessions to watch the Olympic tennis tournament in Brazil.

''It was not easy to not be there, but it would've been way too much to fly to Rio,'' he said.

Wawrinka is seeded second at Cincinnati behind Olympic singles champion Andy Murray and ahead of Spain's Rafael Nadal, who finished fourth at the Olympics in his first tournament since injuring his left wrist at the French Open. Top-ranked Novak Djokovic and defending-champion Roger Federer both are sidelined with injuries.

''It was great to see him back,'' Wawrinka said of Nadal, a possible Cincinnati semifinal opponent. ''I think that was his best hardcourt tournament this year.''

Wawrinka has a first-round bye and is scheduled to meet American wild-card entrant Jared Donaldson, who defeated Spain's Nicolas Almagro 6-3, 7-6 (2) in a first-round match on Monday.