Sports Vault: The Shula era started strong, but then it was all downhill 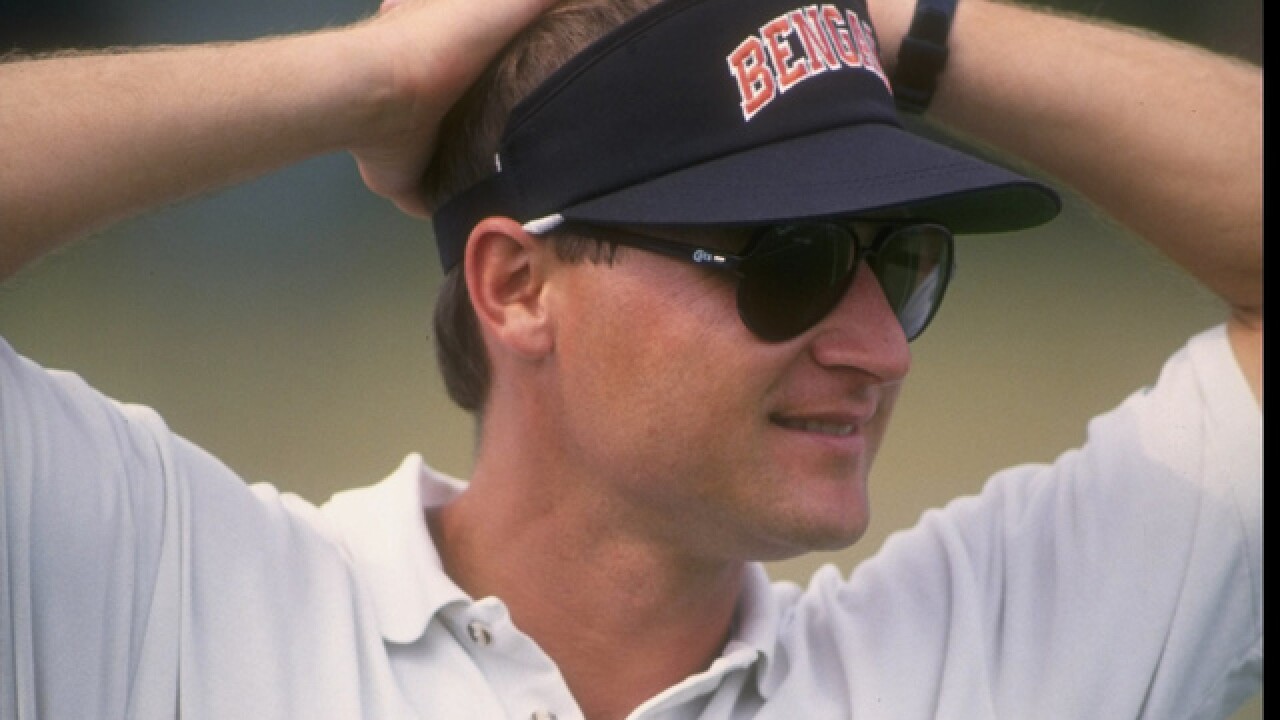 CINCINNATI -- It was time for something new.

Coming off a 3-13 season in 1991, the Bengals ended their run with Coach Sam Wyche in spectacular fashion, parting ways and going with someone entirely different.

They went young -- and notable -- when they hired 32-year-old Dave Shula, son of the famous Miami Dolphins coach Don Shula.

"About that youth," Richard Hoffer wrote in Sports Illustrated in 1992. "There have been younger NFL coaches. Curly Lambeau was 21 when he founded the Green Bay Packers in 1919. Postwar coaches Harland Svare (Rams) and Johnny Michelosen (Steelers) were also younger than Shula. Furthermore, Don Shula got his first head-coaching job, in Baltimore, when he was only five months older than Dave was when he took over the Bengals. And how does Dave feel about that? Never mind. Anyway, Dave doesn't seem so young if you know he's been apprenticing for the job since he was 6."

He was, at the time, the team's wide receivers coach.

"Shula realized that somebody was going to be coaching the Bengals in 1992," Hoffer wrote. "He first checked with the offensive assistants to see if any were interested in applying for the job -- he would have yielded to their seniority -- but nobody made a claim. In fact, realizing they were more likely to keep their own jobs if Shula ascended, the assistants threw their support behind him."

He met with Bengals general manager Mike Brown, and the pair took a day to think about the proposition. The next day, Brown introduced Shula as the new head coach.

"I talked to my father several times in recent days, and he's very excited for me," David Shula told The Associated Press. "He kidded me. He said, 'You know you're going to break my record, don't you?' And I really hadn't thought about it at the time. He said, 'You're going to be the youngest head coach ever hired in the National Football League.'

"A Cincinnati newspaper poll disapproved of Brown's choice," Hoffer wrote. "Fan thinking was that Brown had hired the anti-Sam, someone he could control and someone who would work cheap. And of course someone who was Don Shula's son."

"Hey, I love him," quarterback Boomer Esiason told the magazine after the Bengals opened the season a surprising 2-2, including an opening-week upset over the Seahawks, followed by another victory over the Raiders. "Besides, he's kinda soft and cuddly."

"Some people are going to think that David is a little young to be an NFL head coach," Mike Brown said in the news conference. "But you should bear in mind that he has been an NFL assistant for 10 years. Not only that, my first recollection of him is as a young boy on the sideline down at Miami next to his dad, taking down the plays during the game, keeping notes that way."

Shula told the AP his goals were simple.

"They seemed a lock to go 3-0 the next week against an 0-2 Green Bay team under rookie head coach Mike Holmgren, leading almost all the way," Bengals.com recalls.

"But a little-known Packers QB, Brett Favre, made the first splash of what would become one of the NFL's greatest careers. Favre directed a 21-point fourth quarter for a 24-23 win. A second-year pro at the time, playing in only his fourth game, Favre had come off the bench to replace injured starter Don Majkowski in the first quarter. Favre's two TD passes, including a 35-yarder to unheralded WR Kittrick Taylor with 0:13 to play, were the first two of a total that would rise to an NFL-record 508. The Green Bay game was the start of a five-game losing streak for Cincinnati, and the team finished 5-11."

After the season, Esiason asked to be traded, and eventually landed with the Jets.

"He lost 50 games faster than any head coach in history (Shula lost his 50th in Week 6 of 1996, falling to the Houston Oilers 30-27.)," reported the Sports and Nothing Else Blog. "Dave met his father, Don, twice in regular-season play. The Bengals lost both times, with the final scores at 23-7 in 1994 and 26-23 in 1995, the year Dave Shula produced his best record, 7-9. Shula regressed the franchise in a big way, showing a complete and utter inability to draft talented players. He used his first-ever first-round draft pick on David Klingler, a star at the University of Houston. However, Klingler's game didn't translate to the NFL, and he was jettisoned from Cincinnati at the end of 1994."

Shula was fired after starting the 1996 season 1–6. It was the beginning of dark times.

"Depression and darkness blanketed Cincinnati for more than 10 years," wrote SB Nation's Cincyjungle.com in 2015. "It was hopeless. There was no ambition. No goals. No future. Public money went into new stadiums with the promise of competition. It never happened. 'Take them to Los Angeles,' some of us reflected. We're done. This franchise hit rock bottom so many times, it was often confused for a basketball. You just weren't confident in the team's decision-making process ... The front office hired David Shula, and then kept him as the head coach for more than four years. Then Bruce Coslet, and then (Dick) LeBeau."

Historically, Shula's tenure truly was abysmal. In 2013, ESPN ranked him as one of the 14 worst coaches in NFL history.

"Shula, Don Shula's son, is proof that sometimes the apple does fall far from the tree," ESPN said. "So far that the apple can then also roll down a muddy hill, and then across a ditch and onto a road, where it is run over by a steamroller and a marching band, its splattered chunks rotting in the sun as they are picked at by vermin. That was David Shula's NFL coaching tenure."

Shula now serves as the National Brand Ambassador of Shula's Steak Houses, LLLP, where he oversees the brand integrity, development and franchisee relations of the restaurant chain.

In 2015, they celebrated 25 years, reported The Miami Herald.

"(It) has grown to include six different restaurant concepts, ranging from formal dining to casual burger eateries," the newspaper said. "There are 36 restaurants of various incarnations bearing the Shula name, and dozens more are planned."

Shula eventually talked with The Enquirer in 2001 -- the first time he talked with any Cincinnati media since his firing.

"I haven't failed in too many things," he said, "and I viewed that as a failure."

But he said the restaurant business is treating him a lot better.

"I've had some good lessons," he said. "I can deliver some good messages .... The corniest thing you can say to football players is, there's no 'I' in team. But say that to a group of restaurant workers, it's like, 'Wow.' It's all new to them. All the themes are fresh. They really embrace it."