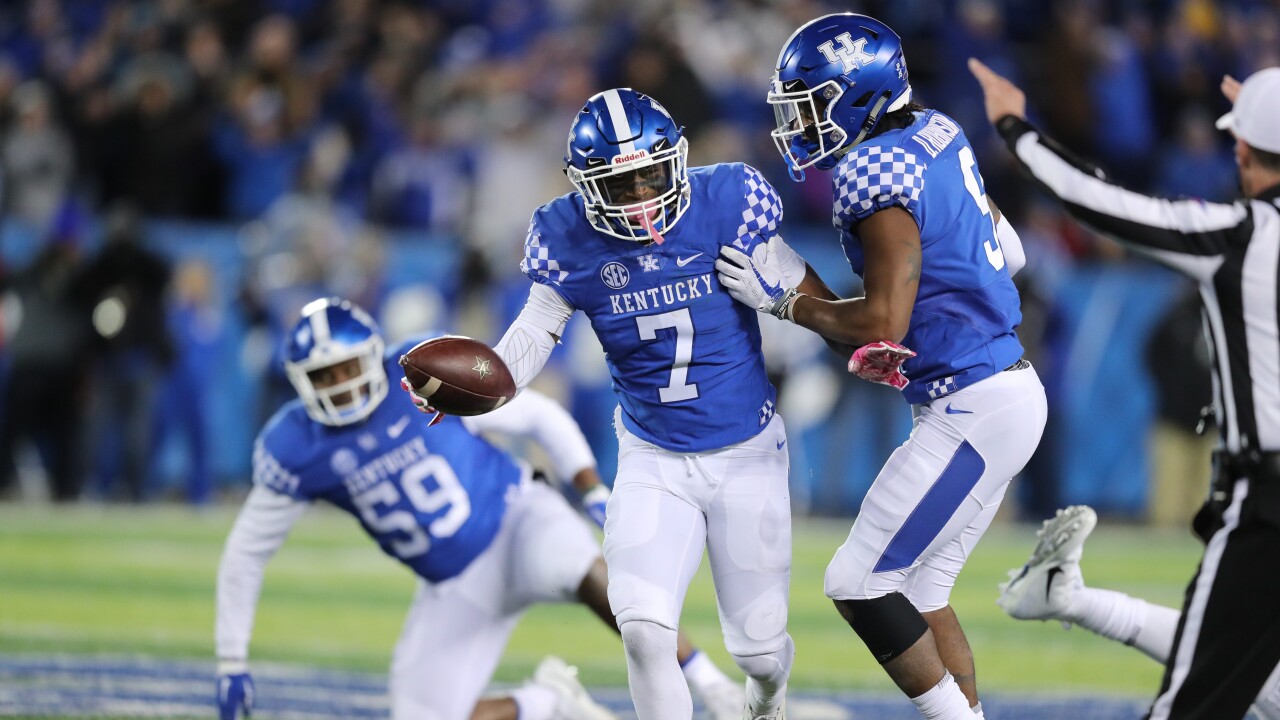 University of Kentucky safety Mike Edwards is one of a handful of area products who hope to hear their name called during the NFL Draft April 25-27 (ABC, Channel 9).

Edwards, a 2014 Winton Woods High School graduate, never missed a game in his four-year career at UK, playing in 51 games with 44 consecutive starts. He recently performed well at a pro day in Lexington last week.

The former Winton Woods High School standout had 318 tackles and became just the 19th player in school history with 300 or more tackles.

Edwards joined the WCPO High School Insider to discuss how he’s preparing for the NFL Draft.