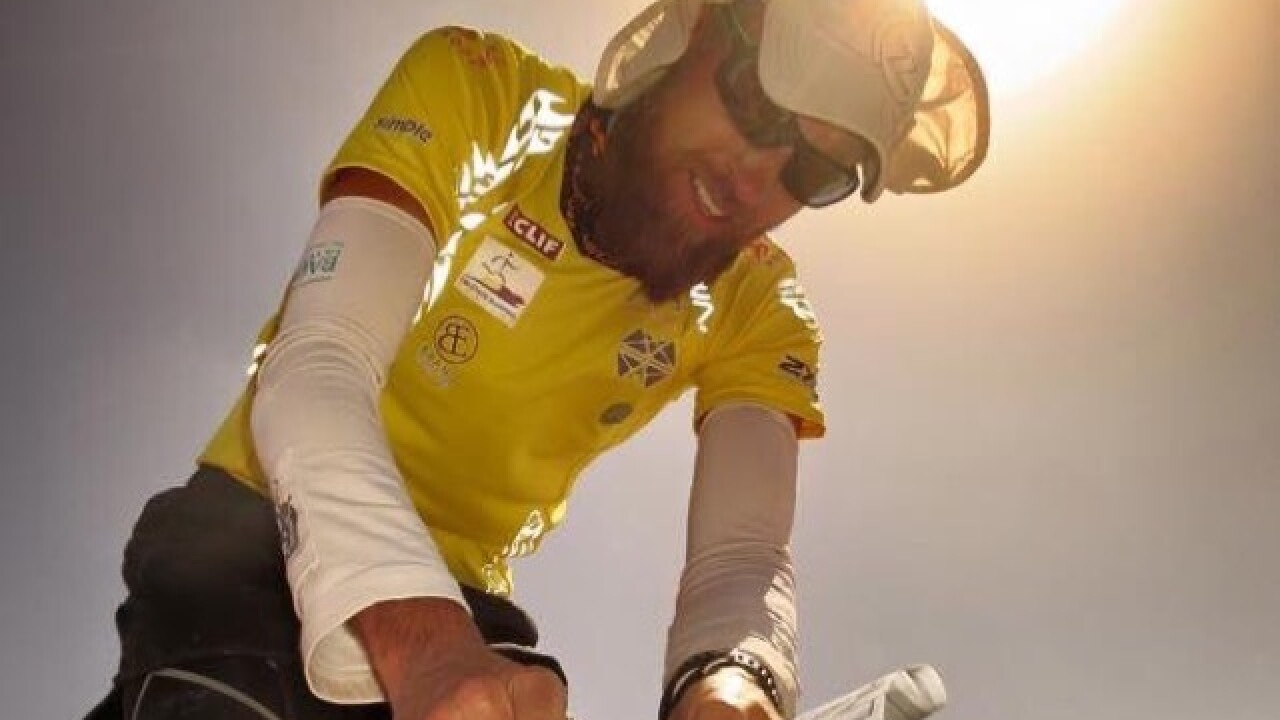 Dino Bonelli of Run the World (for IRun4Hope)
<p>Ultramarathoner Harvey Lewis, of Cincinnati, competed in the 2016 Marathon des Sables, a six-day, six-marathon race through the Sahara of Morocco.</p> 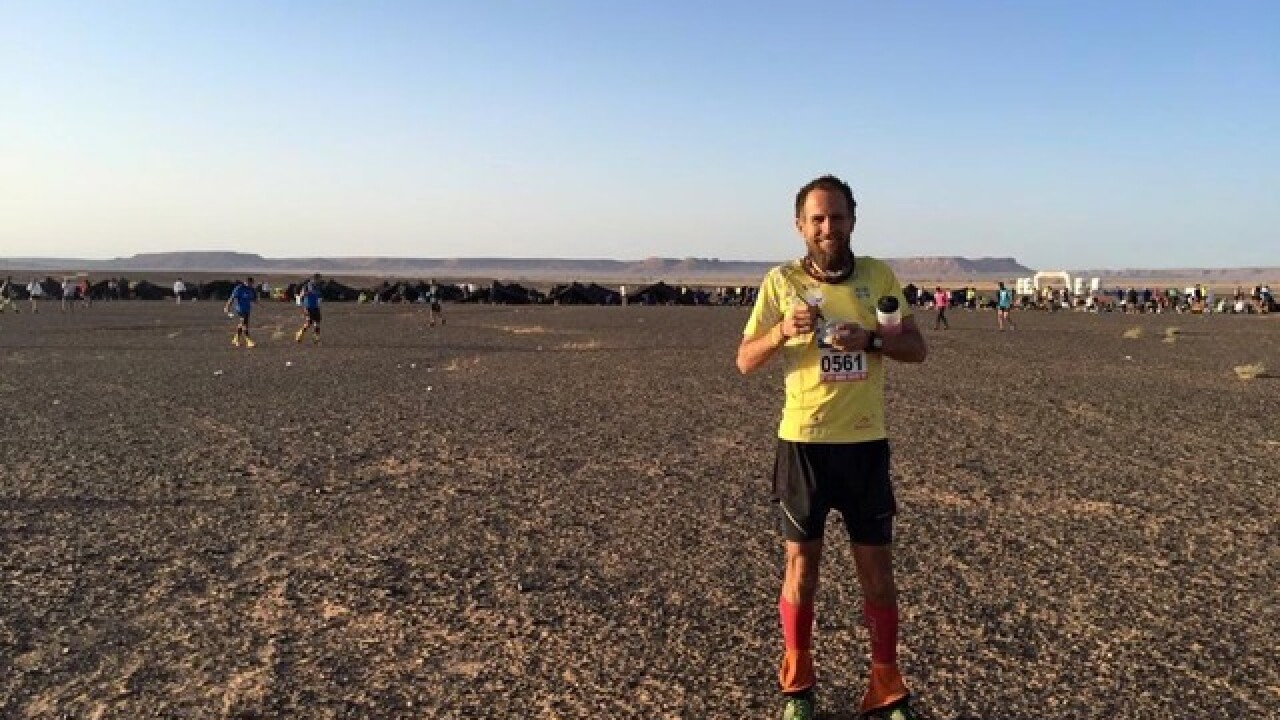 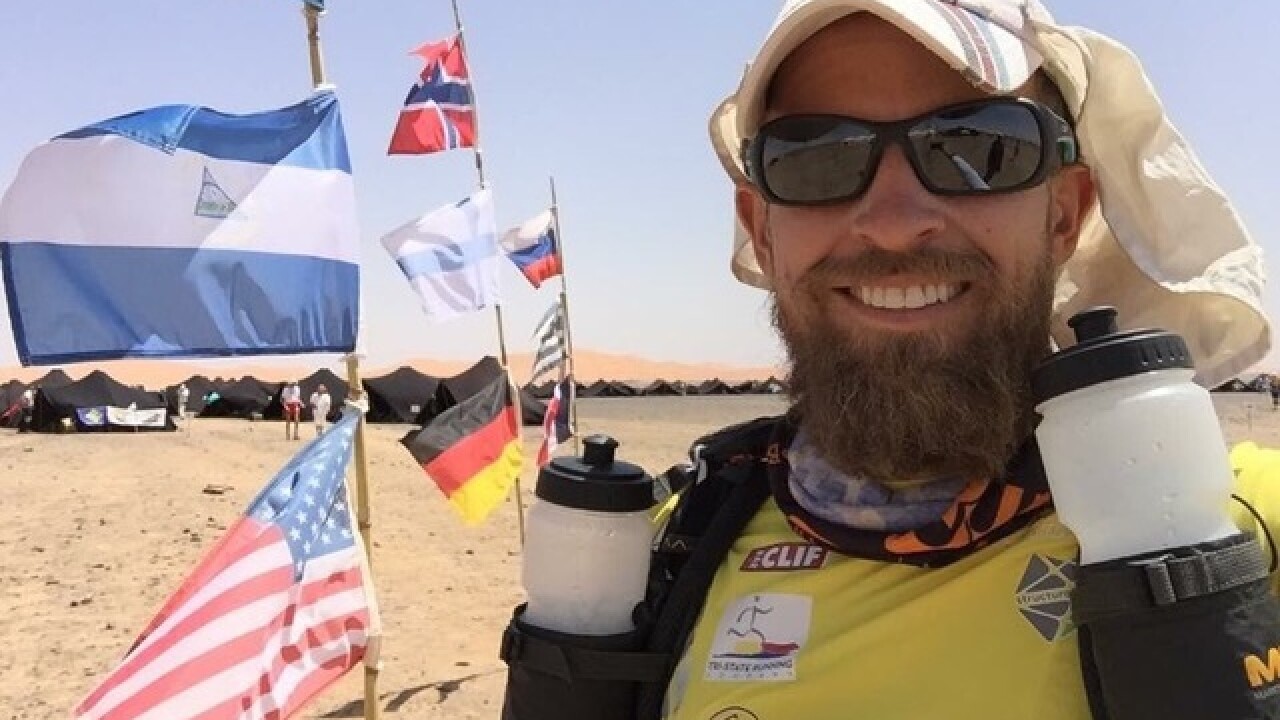 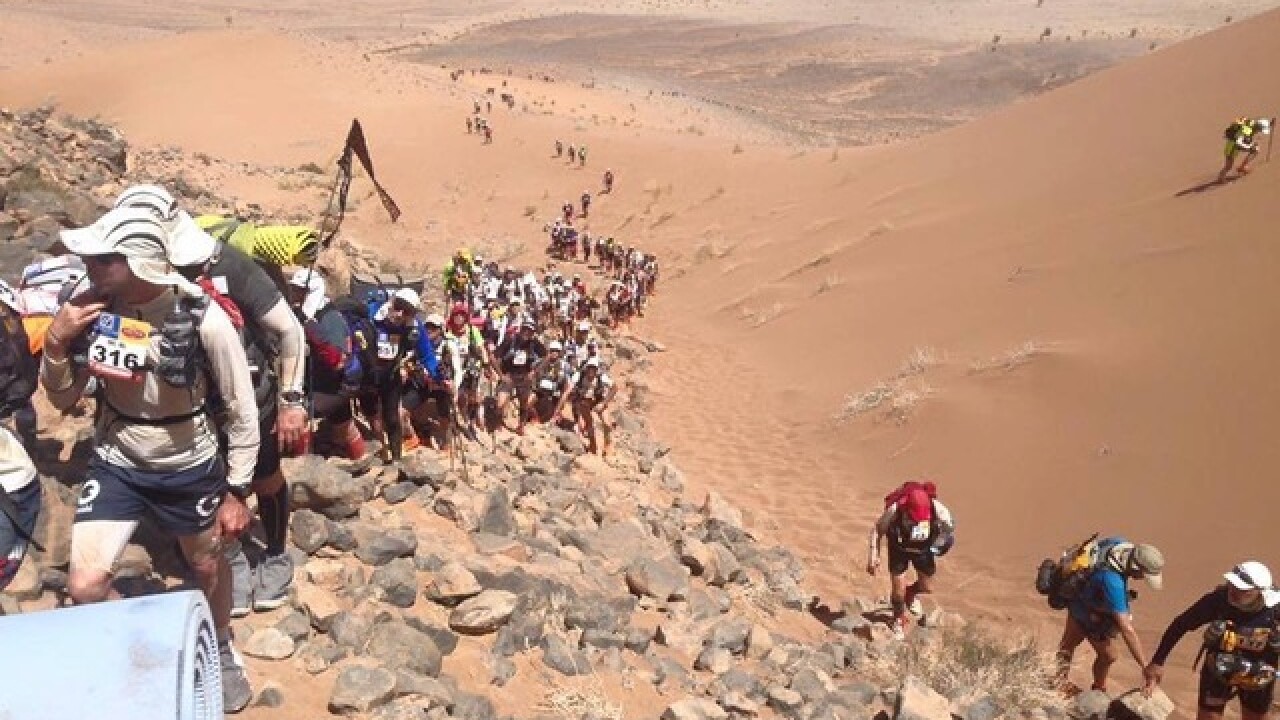 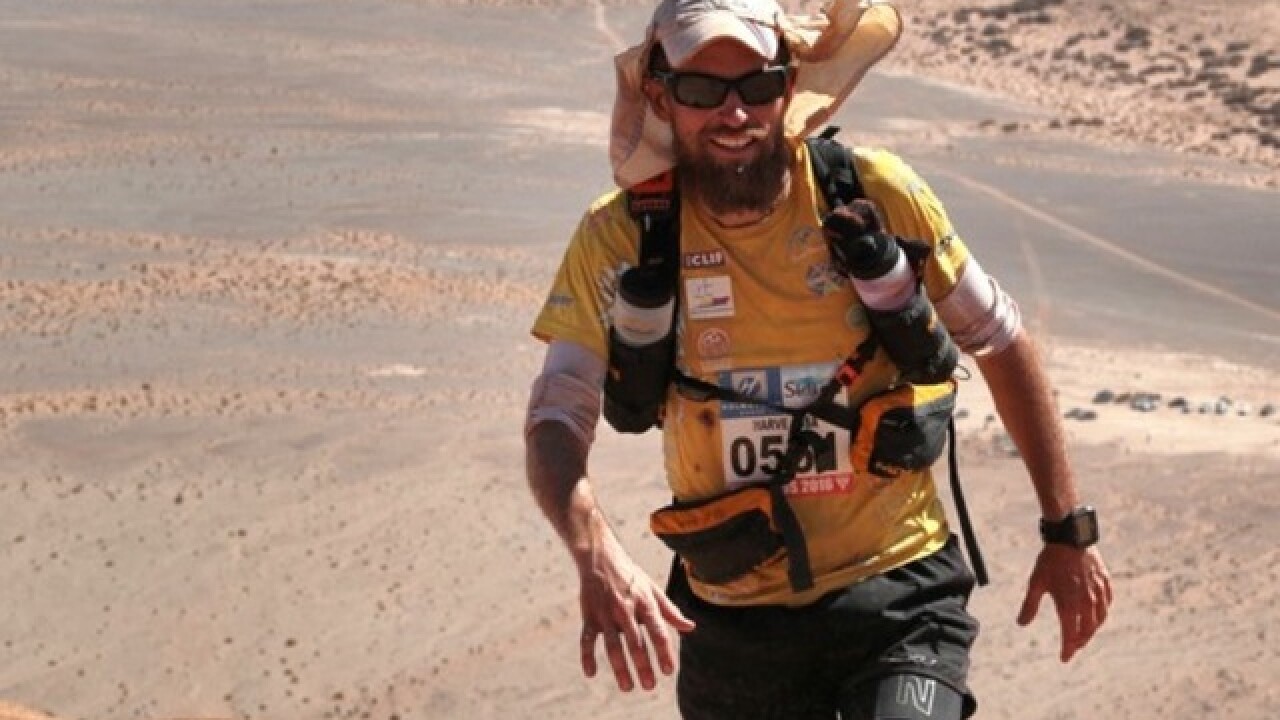 It's the kind of extreme challenge Harvey Lewis, a Cincinnati Public Schools teacher and ultramarathoner, seems to love.

Less than two years ago, he finished first in the Badwater 135 -- a 135-mile footrace from California's Death Valley to Mount Whitney, and one of the toughest competitions in the world.

Apparently, that wasn't enough heat: He joined four other men on a team to compete in the Marathon des Sables, a six-day, six-marathon race through the Sahara this week.

PLUS: Lewis races through a Minnesota winter, too

Sunday was plagued by headwinds, tall dunes and shifting sands -- 20 dropped out that first day, according to Lewis' Facebook page.

Temperatures in the desert topped 120 degrees. The athletes had to collect firewood and cook meals in the dark, desert nights of Morocco. Water was rationed.

Lewis spent his 40th birthday -- April 13 -- running one of the longest, toughest stages of the race, a double marathon of 52.3 miles. He told WCPO's Ken Broo in 2014 about his training regime and consuming 15,000 calories a day during the Badwater event -- through sugary and electrolyte-packed drinks. ("I would pay 100 euro for a Coke 2 liter," he said Monday.)

Overall, Lewis finished 92nd in individual results, with a time of 34 hours 47 minutes. It put him in the top 10 percent.

Check out this video of him finishing the final stage:

Oh, and if you're an ultramarathoner, there's no better way to celebrate than by running some more: Lewis took part in a half-marathon charity run Saturday, his last in the desert:

See more of Lewis' journey on his Facebook page.