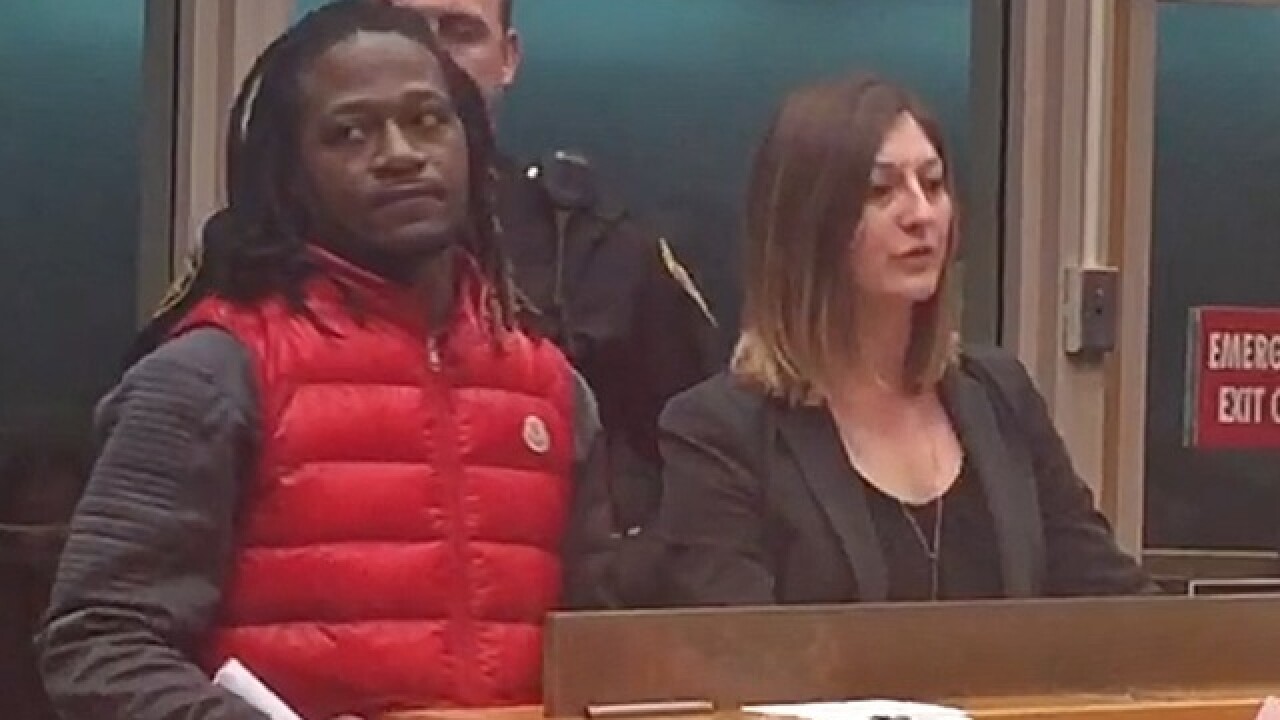 CINCINNATI -- Hamilton County prosecutors will wait to hear the NFL's punishment for Bengals' CB Adam Jones before any charges against him are brought to a grand jury.

Deters said he hopes to talk to the NFL Friday to learn more about Jones' fate with the league.

The 33-year-old Bengals cornerback -- once nicknamed "Pacman" -- stands charged with assault for “pushing and poking (a security guard) in the eye," according to court documents. The incident happened near the Millennium Hotel on West Fifth Street on Jan. 3 at around 12:30 a.m.

The documents also say Jones refused to enter the police cruiser by pulling away, kicking and head-butting as he was being arrested.

While Jones was being processed into the Hamilton County Justice Center, documents say he spat on a nurse’s hand, resulting in the final count of harassment with a bodily substance.

"Mr. Jones was disorderly and combative throughout the booking process, eventually requiring him to be placed in a restraint chair," a statement from the sheriff's office said.

Jones denied all charges in court, saying he has witnesses that will help him debunk charges of assault, disorderly conduct and obstructing official business after he was arrested.

Jones apologized to fans as he was being released from jail. He was ordered to stay at the jail overnight as he awaited a court-ordered blood test, which was delayed after his reported scuffle with the jail nurse.

“I’m sorry that this happened, and it’d be different for beating people’s a**, but for touching someone, come on," Jones said.

PJ Combs, Bengals spokesman said "The (Bengals) considers it inappropriate to comment on ongoing legal matters." Combs would not comment on what the arrest means for Jones or the team.