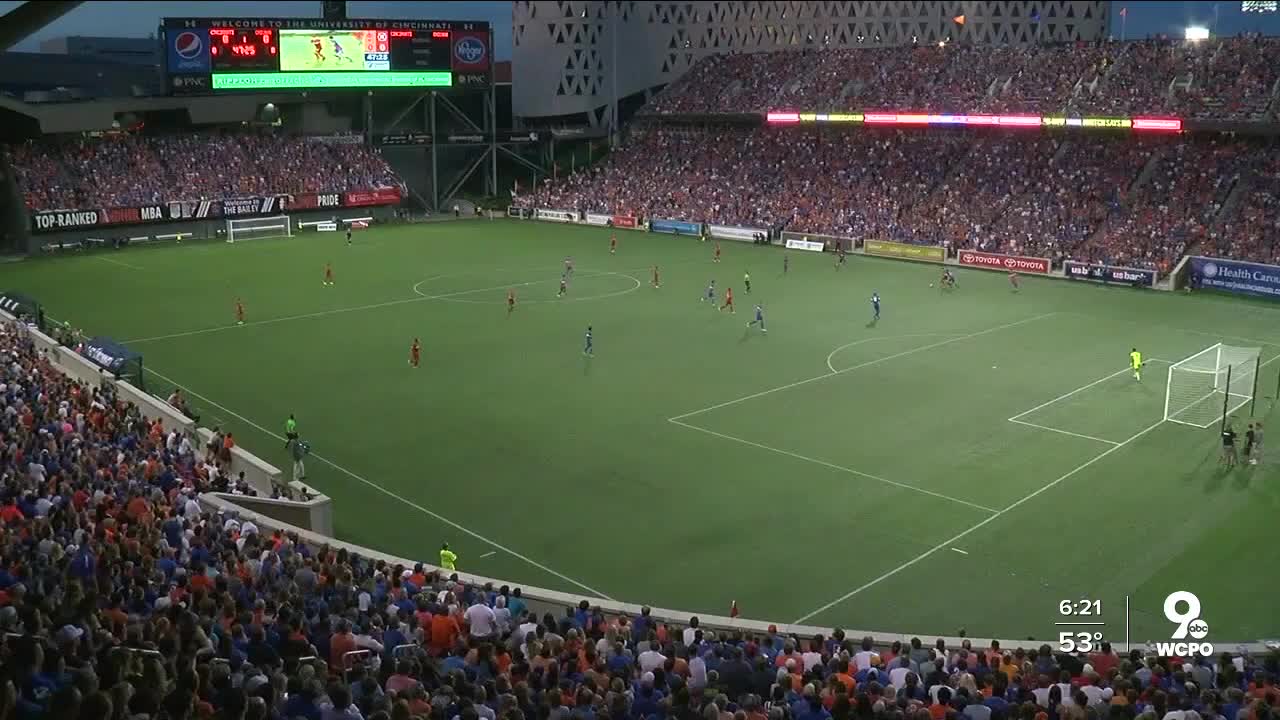 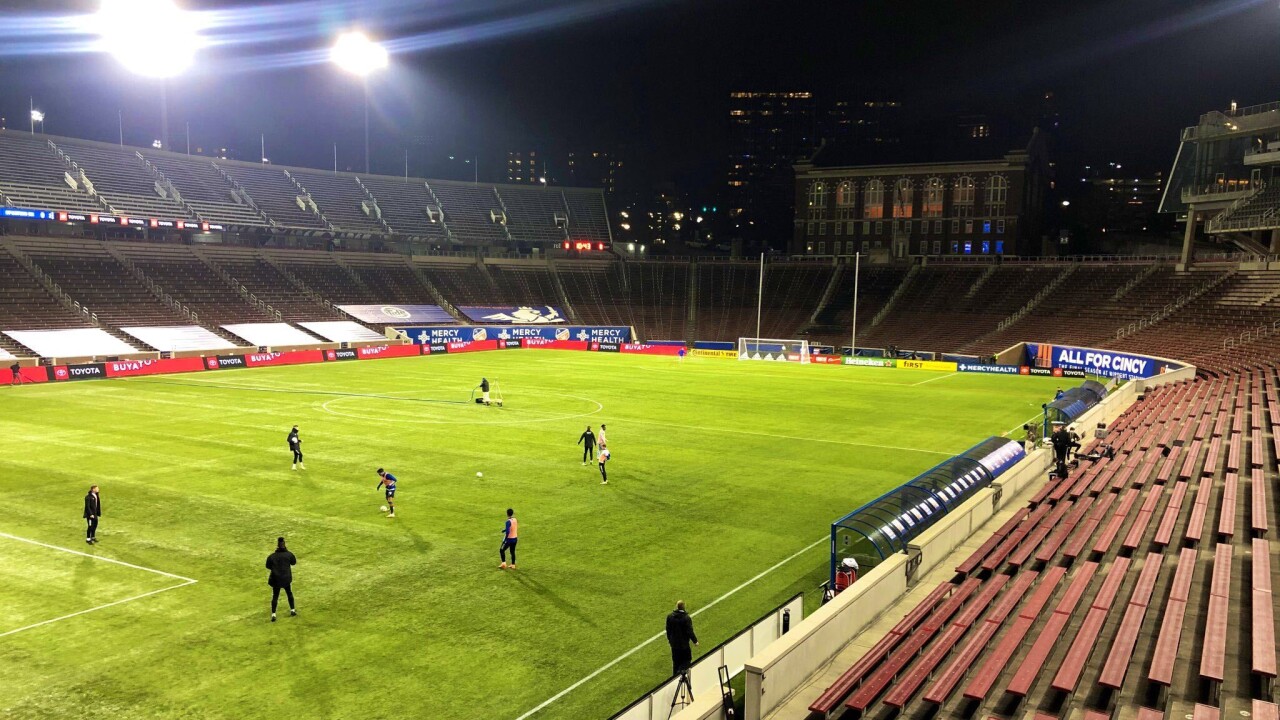 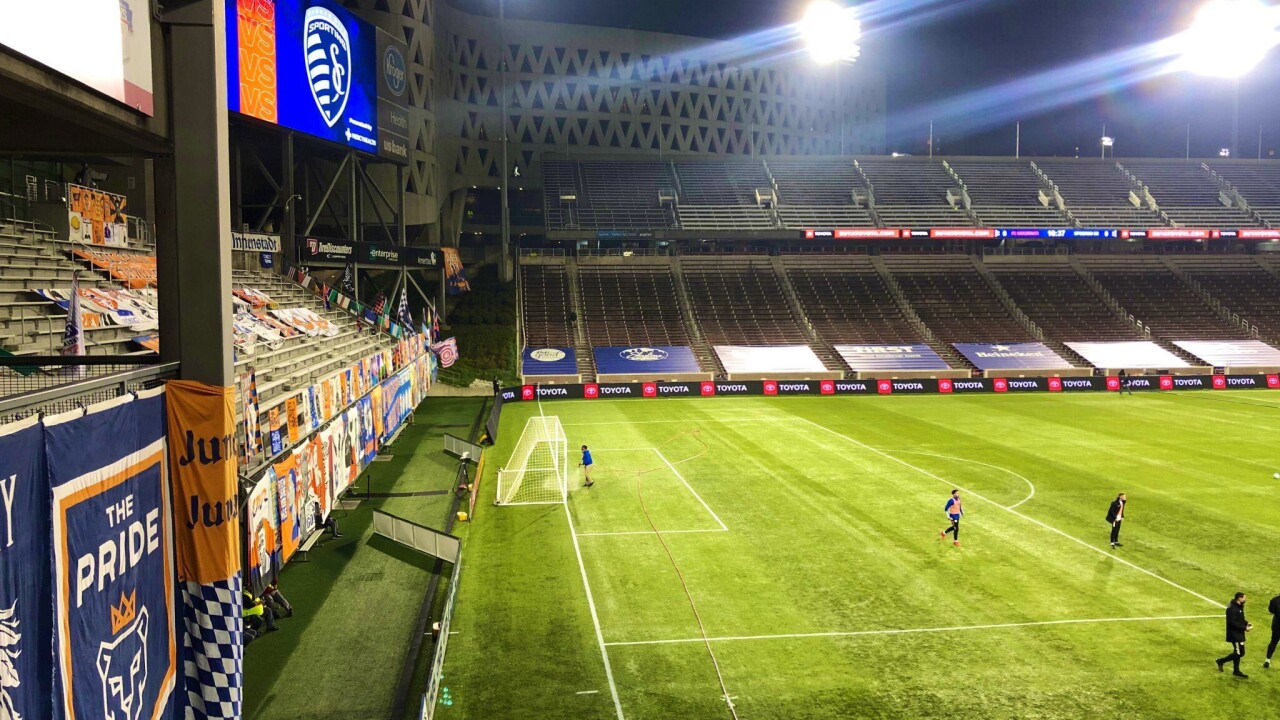 CINCINNATI — Wednesday was an emotional day for FC Cincinnati and the club’s fans.

Everyone knew the final game at Nippert Stadium was inevitable, but nobody knew – until recently – if fans would be able to give the stadium a proper send off.

As it turns out, there were no fans allowed at Wednesday’s game.

“There’s a lot of disappointment this year. Not having fans there, [that creates] real disappointment because of how important Nippert Stadium has been,” explained FC Cincinnati President Jeff Berding.

He called Wednesday a “bittersweet” day.

The club may never play another game inside Nippert Stadium, but that’s because their new palace is nearing completion in the West End.

“The memories here will last a lifetime,” said Berding.

Greg Hall has been a die-hard FC Cincinnati fan since the club’s inception in 2015.

“The hair is raised on my arm right now,” said Hall. “It’s such a unique experience to hear the rumbling of the crowd.”

He is excited to see a game at the new West End Stadium, but said there’s no replacing the importance Nippert holds in FC Cincinnati’s history.

“It’s a turning of the page,” explained Berding, who said the club’s “most iconic moments have happened” inside the confines of Nippert Stadium.

“We say thank you; and after tonight, goodbye,” said Berding.

FC Cincinnati regularly fit 30,000-plus fans inside Nippert Stadium, and used it as a launch pad for the start-up team, which is now a part of Major League Soccer.

Iconic elements of the franchise grew into what they are today, thanks to the house which became their home.

FC Cincinnati will open the 2021 season in its new home, but the club’s managers said they intend to somehow honor FCC’s “birthplace” in the future. Specific plans for that are still being decided.