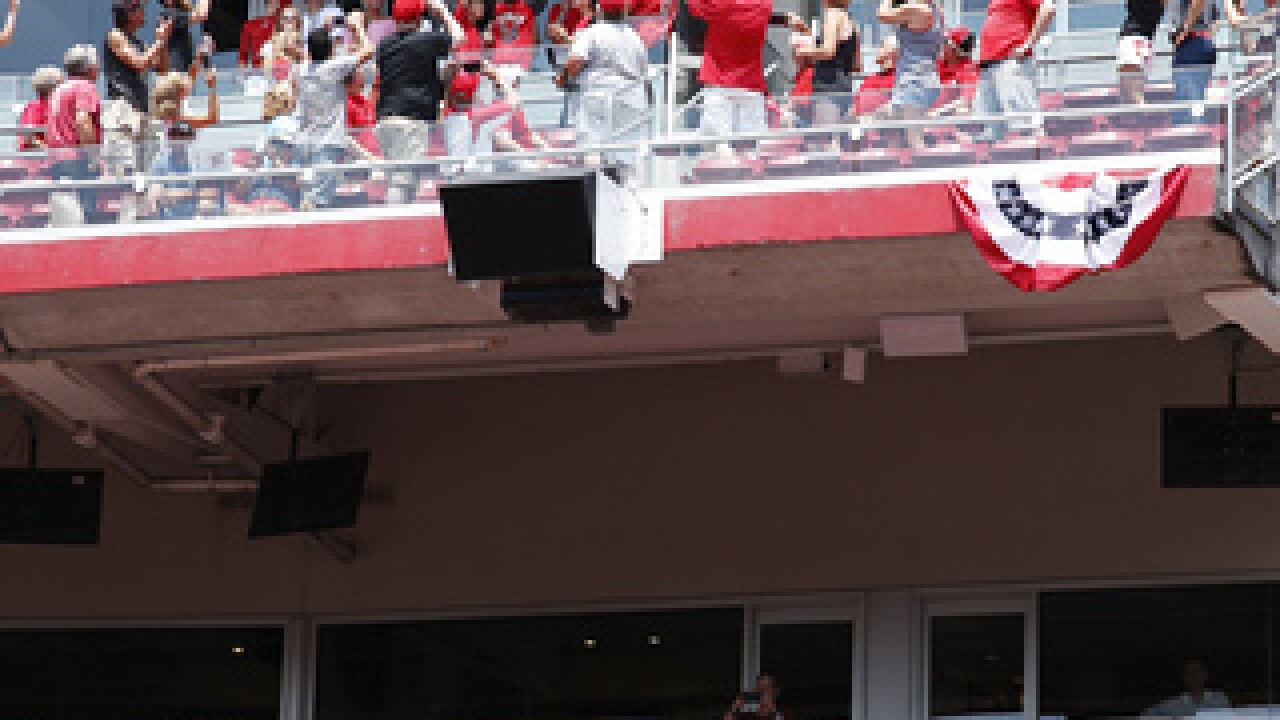 Joe Robbins/Getty Images
<p>CINCINNATI, OH - JUNE 26: Former Cincinnati Reds great Pete Rose has his No. 14 unveiled during a ceremony prior to the game against the San Diego Padres at Great American Ball Park on June 26, 2016 in Cincinnati, Ohio.</p> 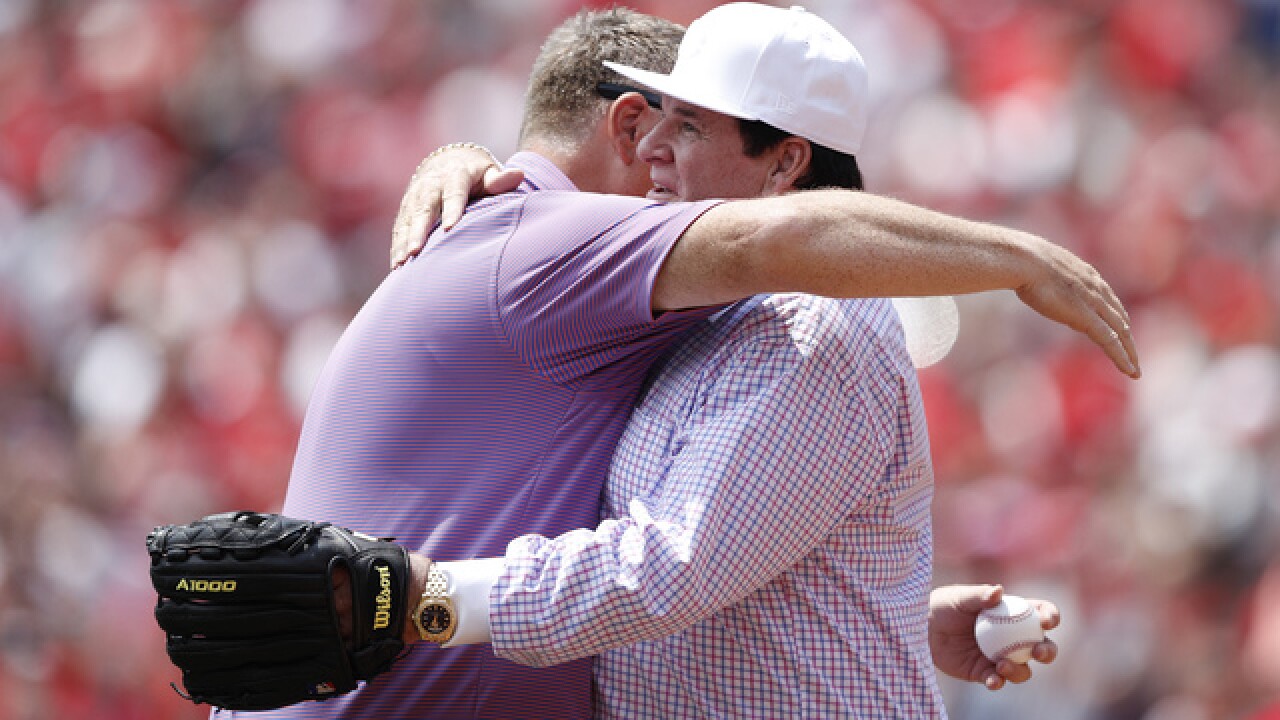 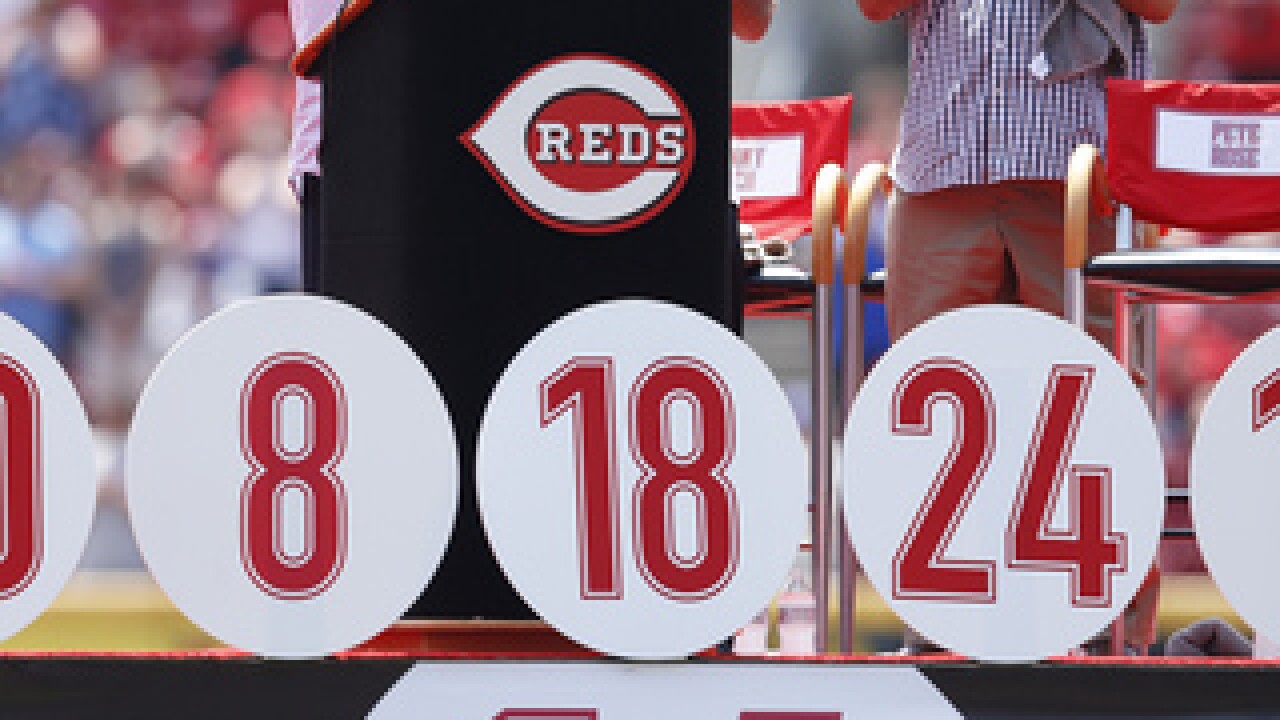 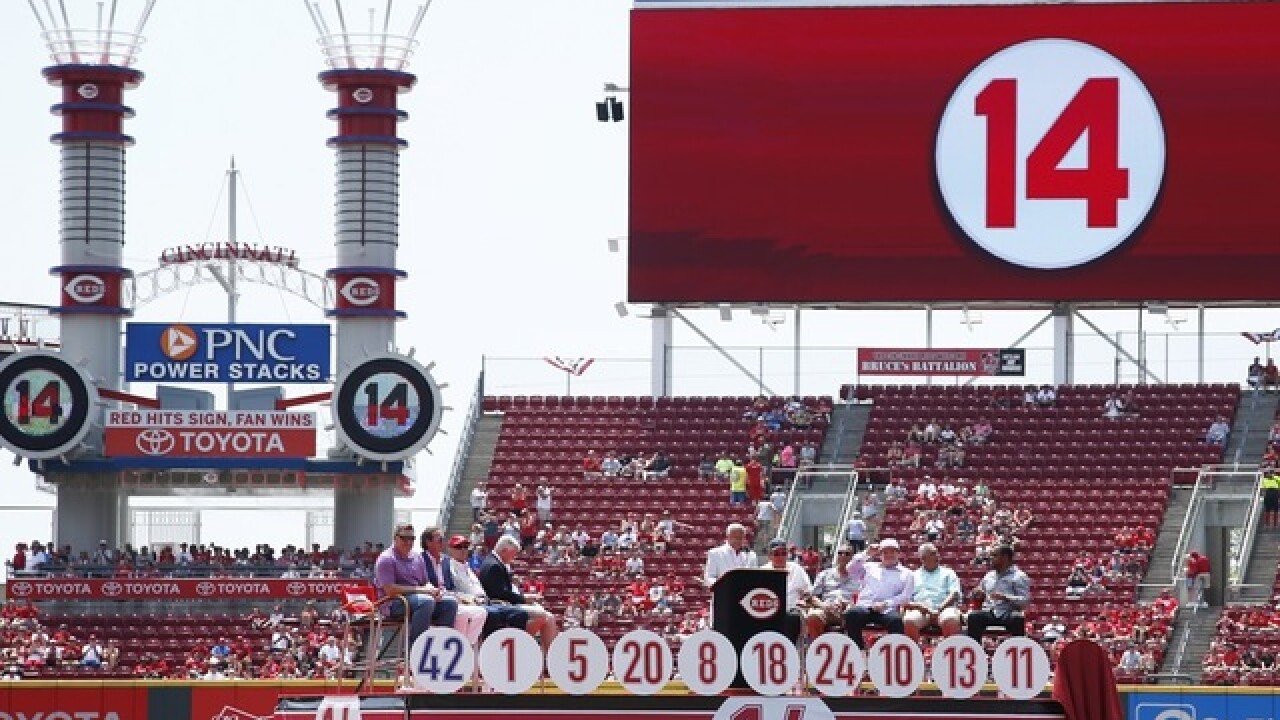 CINCINNATI -- The Reds formally retired Pete Rose's No. 14 on Sunday, capping a big weekend for baseball's hits king that was a success for the franchise in every way except on the field.

Big crowds filled Great American Ball Park for the three days of celebration, which had to be approved by Major League Baseball because of Rose's lifetime ban for betting on his team. The last-place Reds have played in front of small crowds for much of the season.

They stretched the celebration into an entire weekend, honoring their 1976 World Series championship team on Friday night and adding him to their Hall of Fame on Saturday. They saved the number retirement for the final day of a series against the San Diego Padres.

Rare you get to witness history. Honored to document a part of #PeteRose weekend. @WCPO #Reds pic.twitter.com/XfJmL70i1E

"It solidifies what I've been saying for many, many, many years and will continue to say it: Cincinnati is the baseball capital of the world," Rose told the crowd, speaking from a stage by second base.

On Sunday, the Reds added Rose's No. 14 to their display of retired numbers behind home plate. Rose's number is the 10th retired by baseball's first professional team, along with Jackie Robinson's No. 42, which is honored by Major League Baseball.

The only glaring absence was Hall of Fame second baseman Joe Morgan, who couldn't attend the celebration because of health problems. Morgan hasn't appeared on the field at Great American Ball Park since the All-Star Game last July, when he needed a cane to walk because of knee surgery. Complications prevented him from traveling to Cincinnati this weekend.

Although Morgan has kept his condition private, Rose said on a Fox broadcast that Morgan is awaiting a bone marrow transplant. He told reporters that he talks to Morgan often, most recently on Saturday morning before his induction into the team's Hall of Fame. Morgan's No. 8 is among those retired.

"He's doing OK," Rose said. "He's doing good. He sounded real strong. I hate to talk to him now because when he starts talking for a couple minutes, he starts crying (and saying), 'I want to be there.'"

The team had unofficially retired his number when he was banned from baseball in 1989. Lou Piniella, who succeeded him as manager, wore No. 14 with the Yankees but took 41 in Cincinnati.

The only other Reds player to get No. 14 was Rose's son, Pete Jr., who was called up in 1997 to spark fan interest at the end of an 86-loss season. The father-son team is practically a set of bookmarks on the all-time hits list - Rose at the top with 4,256, and Pete Jr. with two hits in 11 games.

Pete Jr. was among those on the stage with his father for the number retirement and later threw a ceremonial pitch to his father, lobbing it from in front of the mound while the near-capacity crowd cheered.

The Reds appreciated the weekend bump in attendance. They launched into a full-scale rebuilding after the All-Star game last year, trading most of their stars, including home run derby winner Todd Frazier. They're averaging 23,628 fans per game this season, down more than 6,000 from a year ago. Their sellout for Friday night's game was only their third of the season.

Rose urged fans on Sunday to keep supporting the team, which lost 98 games last season and is again last in the NL Central. The Reds lost the first three games of the series to the Padres, another struggling last-place team.

"And who knows? It won't be long before (owner Bob Castellini) is here again recognizing a guy who's in the dugout for tonight's game."