What will Reds do with Peraza in the short term? 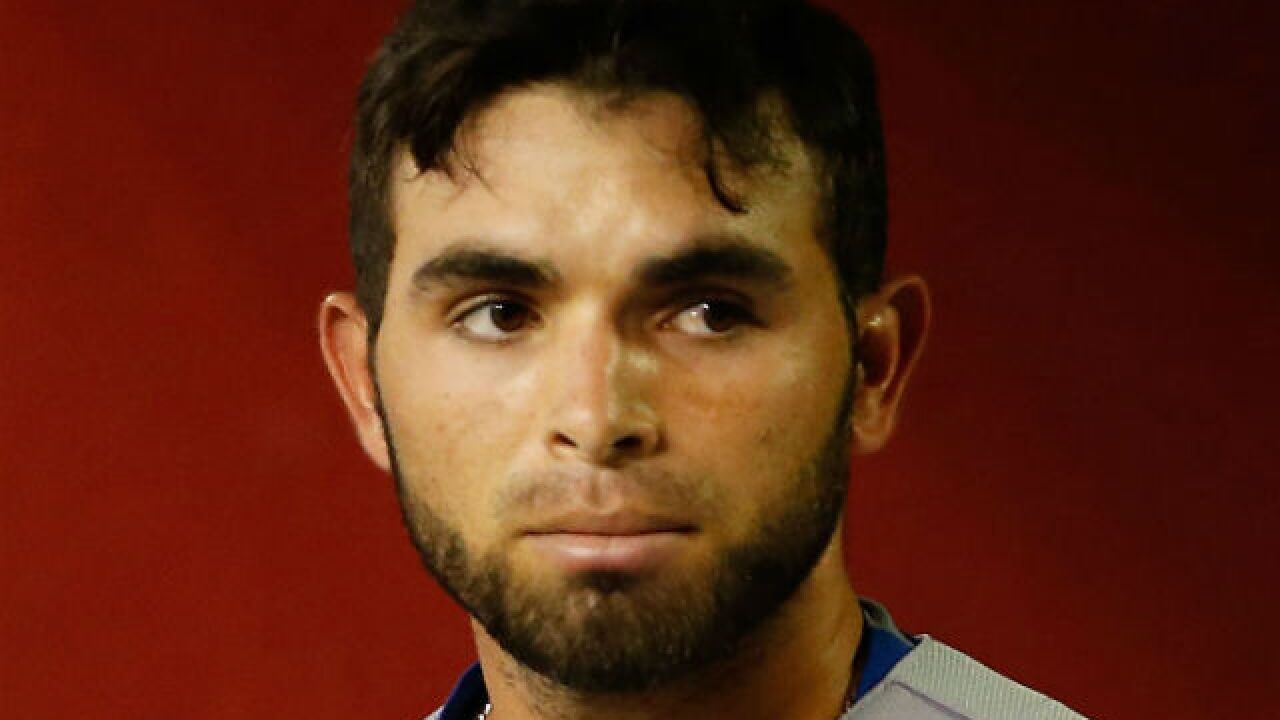 <p>Jose Peraza has lots of talent and a bright future, but <a href="http://www.wcpo.com/sports/baseball/reds/reds-challenge-where-to-play-jose-peraza" target="_blank">what should the Reds do with him short term? </a> Photo by Christian Petersen/Getty Images</p>

Longtime Reds beat writer John Fay will break down nine key questions about the Reds. A story addressing one of the questions will run each day between now and Opening Day.

Question 5: What to do with the Jose Peraza?

CINCINNATI -- When Brandon Phillips rejected the trade to the Washington Nationals, he basically vetoed the plan the Reds had for Jose Peraza.

Peraza was the prize for the Reds in the Todd Frazier deal -- the three-way trade sent Frazier to Chicago White Sox and brought Peraza and Scott Schebler to the Reds from the Los Angeles Dodgers.

The Reds are Peraza’s third team in the last year. He was formerly the No. 1 prospect for the Atlanta Braves. He came up as a shortstop, but the Braves switched him to second base. He was rated as the Carolina League’s best defensive second baseman. The Dodgers kept him at second and mixed in some outfield as well after he was traded to LA at the July 31 deadline.

The Reds saw him as their future second baseman. He still might be, but the future isn’t immediate. Phillips is under contract through 2017 and as player with 5-10 rights be can reject any deal.

What to do with Peraza in the meantime is one of the big questions facing the Reds this season. Peraza is only 21 and he did not play above Single-A until 2014. Time in the minors would not hurt him. But, if the best place to develop him is the majors, the Reds have to look at that.

Peraza did get a taste of major last year with the Dodgers. He was called up on Aug. 10. He played in seven games and got 22 at-bats before a strained hamstring ended his season on Sept. 13.

Peraza has played a lot of center this spring. He looks like a natural out there.

The Reds could decide to bring him up as a super-utility type, getting him time at second, short and center. There may be more opportunity than usual with Zack Cozart and Billy Hamilton both coming back from surgery.

Willing To Play Any Spot

Short, second or center is fine with Peraza.

“I’ll play all three if they want me to,” he said.

Peraza is a right-handed hitter, so there could be at-bats in left field as well.

Ultimately, Peraza is hitting and Hamilton is not, he could take over in center, although Hamilton will get a good trial.