'It's making me a better pitcher': Former Red making himself at home with South Korean team

Dan Straily, the Reds pitcher of the year in 2016, is making adjustments living abroad and playing in the KBO, and he's having fun doing it. 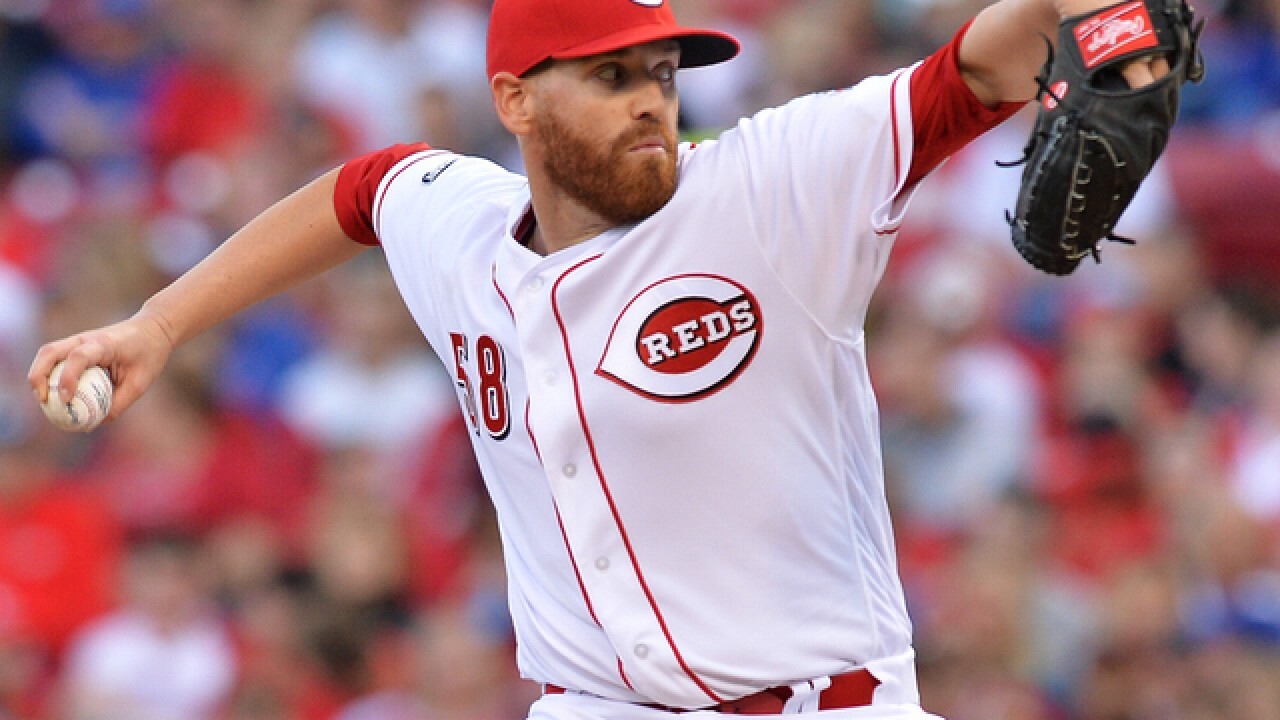 CINCINNATI — Dan Straily has been around.

With career stints in Oakland, Chicago, Houston, Miami and Baltimore, the former Cincinnati Red has racked up appearances from sea to shining sea.

These days, he still plays America’s pastime -- he just wakes up in another country to do so. The starting pitcher has found relief in Busan, South Korea after failing to find a suitable home in the MLB in 2020.

“I've been on ESPN more here than I ever was in the United States,” he said.

Straily cast his lot with the Lotte Giants of the Korean Baseball Organization, the first professional league to scream “play ball” amid the worldwide coronavirus pandemic.

While the American major leagues continue to swing and miss at a return date, Straily isn't missing a thing. In fact, he says he's thriving.

Dropping from the majors to an international league is typically a wake-up call before a player’s baseball dream is done. Instead, it opened Straily's eyes.

“It's making me a better pitcher being over here,” he said.

He's having his best season since 2016 when he was the Reds pitcher of the year. Straily was everything and more to the Reds pitching staff in 2016, and that was the problem: he was too good and too cheap for the last-place team.

Then as Reds General Manager Dick Williams cashed in, he sold high and traded Straily for prospect Luis Castillo.

“It was a tough call to let Dan know he'd been traded,” Williams said. “He'd been a bit of a journeyman, and I think he felt comfortable in Cincinnati.”

The talent in the KBO isn't what it is in the MLB, but it's important to grade on the curve.

Straily has to make adjustments everywhere he goes. On the Busan streets, his 6-foot-2 frame and red beard draws attention. In restaurants, he's learning how to order food like a local, and he's doing it alone. His wife and soon to be 3-year-old son stayed behind in his native Oregon.

“If I come over here, I'm opening up a new market for me. If I'm successful, I know I have two markets that are interested in me. Either way, I'm providing for my family,” Straily said.

Even the place he's most comfortable, the ballpark, has undergone a facelift due to precautions against coronavirus. He gets his temperature taken several times a day and avoids spitting on the field. He no longer uses moisture from his mouth.

And there's the biggest adjustment: silence at the stadium.

“I hear guys playing catch in the bullpen. You just don't hear those things. If a door shuts loudly, everyone looks. That's not normal. It's just part of the game. Understanding we're just in a time where we don't get to have everything we want."

The starter wants to close out back home and make one final appearance in the majors, for himself and his pride but for someone else, too.

“My goal is for my son to see me play in Major League Baseball at an age he'll remember. He turns three next month. I don't remember anything when I was three, so I know I have to play for a few more years in the majors for him to remember,” Straily said.