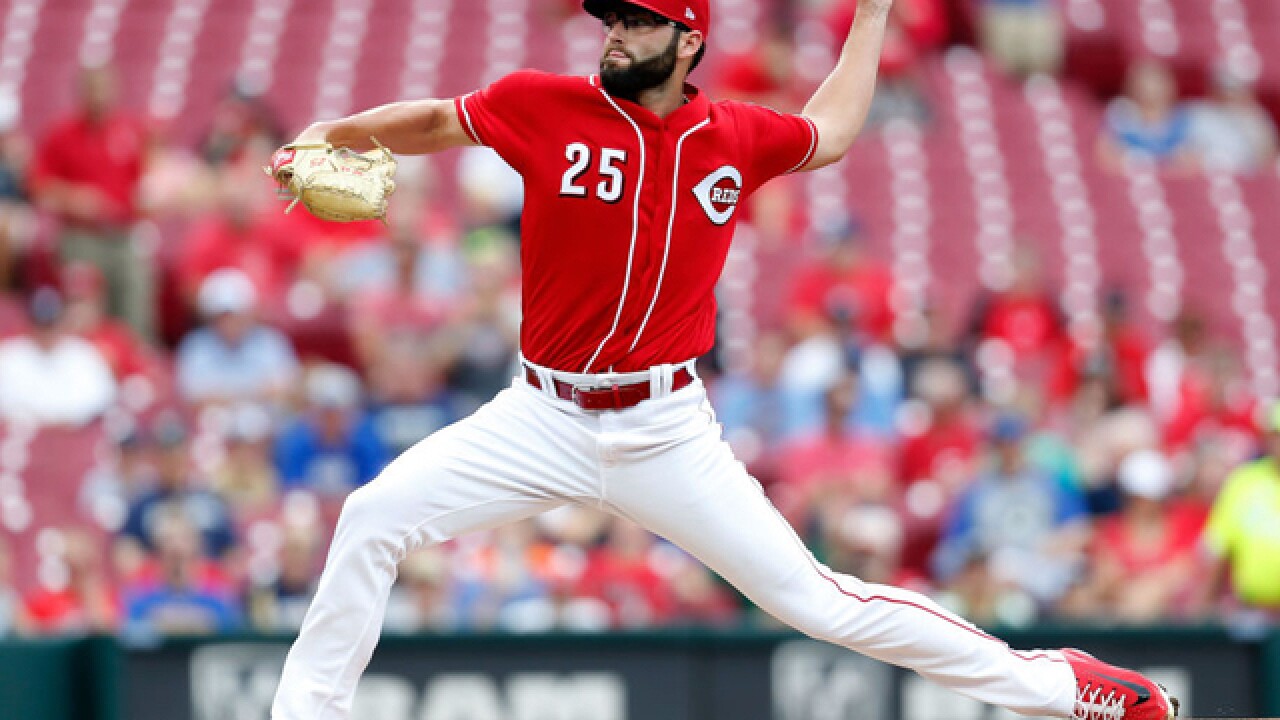 Image copyright 2018 Getty Images. All rights reserved. This material may not be published, broadcast, rewritten, or redistributed.
Kirk Irwin
<p>CINCINNATI, OH - AUGUST 30: Cody Reed #25 of the Cincinnati Reds throws a pitch during the first inning of the game against the Milwaukee Brewers at Great American Ball Park on August 30, 2018 in Cincinnati, Ohio. (Photo by Kirk Irwin/Getty Images)</p>

CINCINNATI (AP) — Lorenzo Cain hit a home run off the top of the left field fence in the 11th inning and the Milwaukee Brewers, a day after winning a slugfest that went extras, edged the Cincinnati Reds 2-1 Thursday.

NL batting leader Christian Yelich went 0 for 4 with a bases-loaded walk for Milwaukee. On Wednesday night, he went 6 for 6 and hit for the cycle as the Brewers outlasted Cincinnati 13-12 in 10 innings.

The playoff-contending Brewers totaled just six hits in their latest victory. Cain hit the first pitch from Austin Brice (2-3) that hit the wall and bounced over for his 10th home run. Brice, recalled from Triple-A Louisville before the game, left with an apparent injury one out into the 11th.

Milwaukee has homered in 22 straight games at Great American Ball Park. It's the longest streak by any team at the stadium, including the Reds.

Joakim Soria (1-0) allowed a hit with two strikeouts in a scoreless 10th to get the win. Josh Hader pitched the 11th for his 11th save.

Milwaukee left-hander Wade Miley allowed two hits and a walk in six innings before the Reds broke through in the seventh on Phillip Ervin's one-out single and Dilson Herrera's two-out double into the left field corner. Ervin's safe slide across the plate survived Milwaukee's challenge.

Cody Reed lasted 4 2/3 innings in his 12th appearance and second start of the season, his first start since April 9. The left-hander allowed one run on four hits and three walks with three strikeouts. He left after walking Yelich in the fifth with the bases loaded.

3B Eugenio Suarez was scratched from the original starting lineup with mid-back spasms, the Reds announced shortly before the scheduled first pitch.