These Over-the-Rhine restaurants are reopening today with street seating 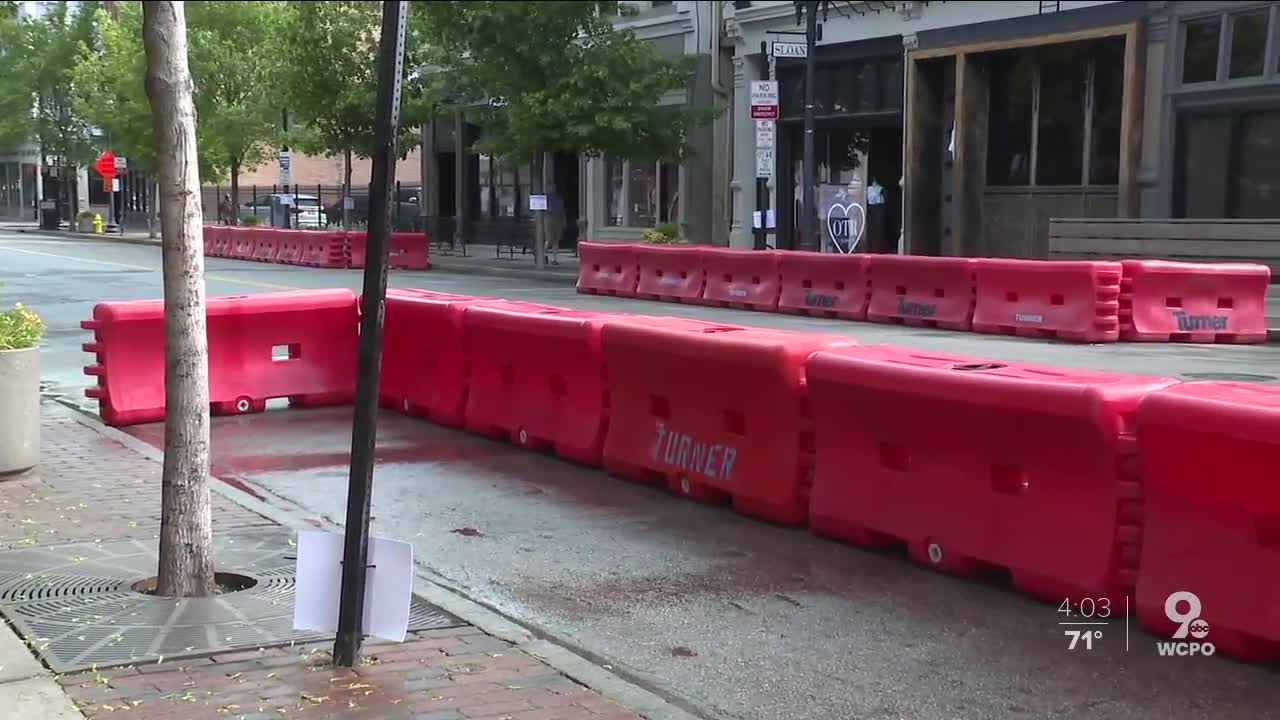 Some Over-the-Rhine restaurants will offer seating in the street when they reopen on Friday.

CINCINNATI — Eight Over-the-Rhine restaurants began offering street seating Friday night in an effort to safely reopen. Up to 27 more could follow throughout the city in coming weeks, according to city officials.

Cincinnati’s “Outdoor Street Dining” program circumvents a natural challenge for many local restaurants, Mayor John Cranley said in a Friday evening news conference. Social distancing guidelines mandate that, when restaurants reopen, they keep each group of customers six feet apart or separate them with a physical barrier. Obeying those guidelines in many of Over-the-Rhine's small pubs and restaurants would mean reducing seating to five tables or fewer. The cost of operation at that point, Cranley said, would significantly outweigh the ability to generate a profit.

Street seating — closing certain streets to vehicle traffic and allowing restaurants to move tables onto the pavement — is an attempt to have it both ways. According to Kelly Carr, assistant to Cincinnati City Manager Patrick Duhaney, 37 restaurants have applied to be included.

These seven, all in OTR, began offering street seating on Friday:

Restaurants and bars at The Banks will not offer street seating this weekend, but will have limited outdoor patio seating and carryout.

Cranley acknowledged the initiative was an experiment and would likely be adjusted multiple times as city officials worked with business owners to keep customers and workers safe. He expects a process of trial and error.

"We’re going to have to see how this goes and reevaluate," he said.

Some restaurants, including Taste of Belgium, will offer patio seating when they reopen.

Owner Jean-Francois Flechet said tables will be spaced further apart and physical barriers will be in place.

“The rules change by the hours, and then we’re trying to adapt. And then rehire people, retrain people,” Flechet said.

Owners must submit a site plan for expansion, have valid liquor and occupancy permits and follow all state and local health guidelines, like maintaining six feet of social distancing.

Vice Mayor Chris Smitherman echoed Cranley, saying the plan is fluid and things can change as officials and restaurateurs see what works and what doesn’t.

“There will be moments that won’t be perfect out here,” Smitherman said. “And let’s make sure we’re working through those individual situations.”

Flechet said he and his crew are asking patrons to have patience as restaurants reopen.

“We’re trying to tell people to stay flexible. The one thing we know is that tomorrow will be different than today. That’s the only certainty we have,” Flechet said.