How to stay cool in Cincinnati's impossibly hot housing market

Find neighborhoods with the most inventory 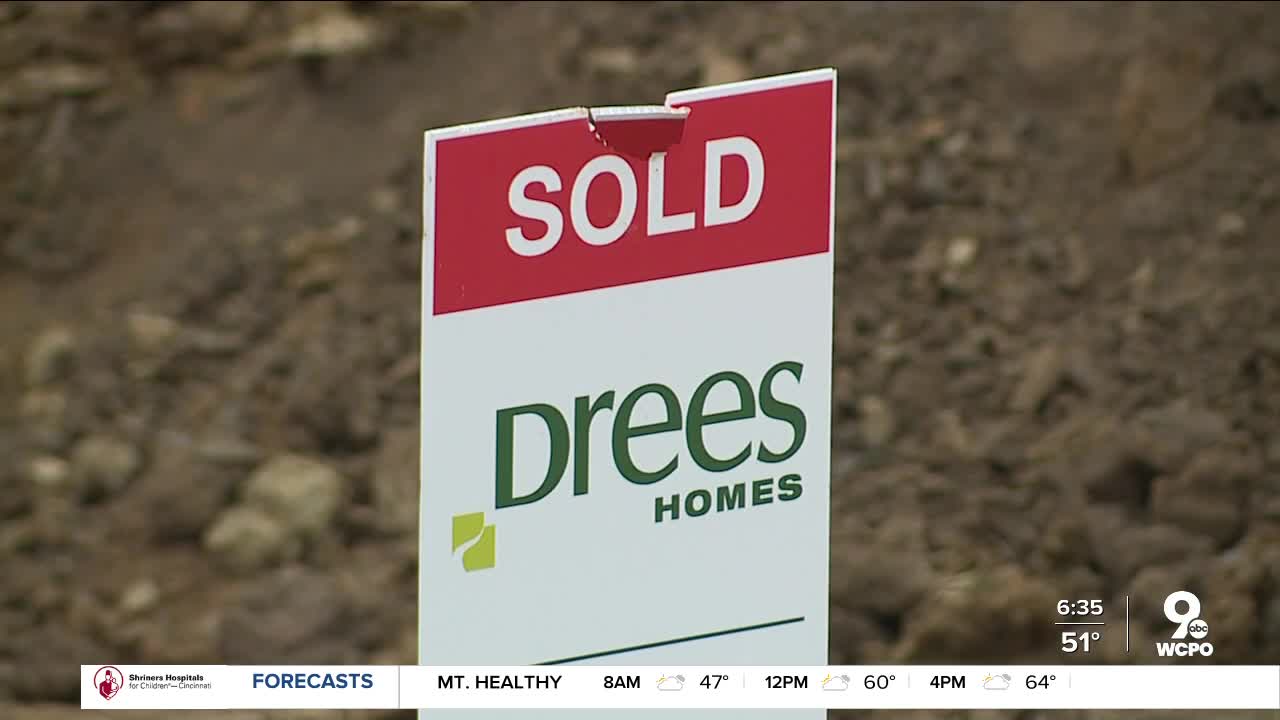 Realtor.com ranks Cincinnati 28th in the nation in “Metro Market Hotness,” with a 15.6% increase in median listing price and the fifth biggest year-over-year decline in the number of days homes stayed on the market during the week ending Oct. 17. 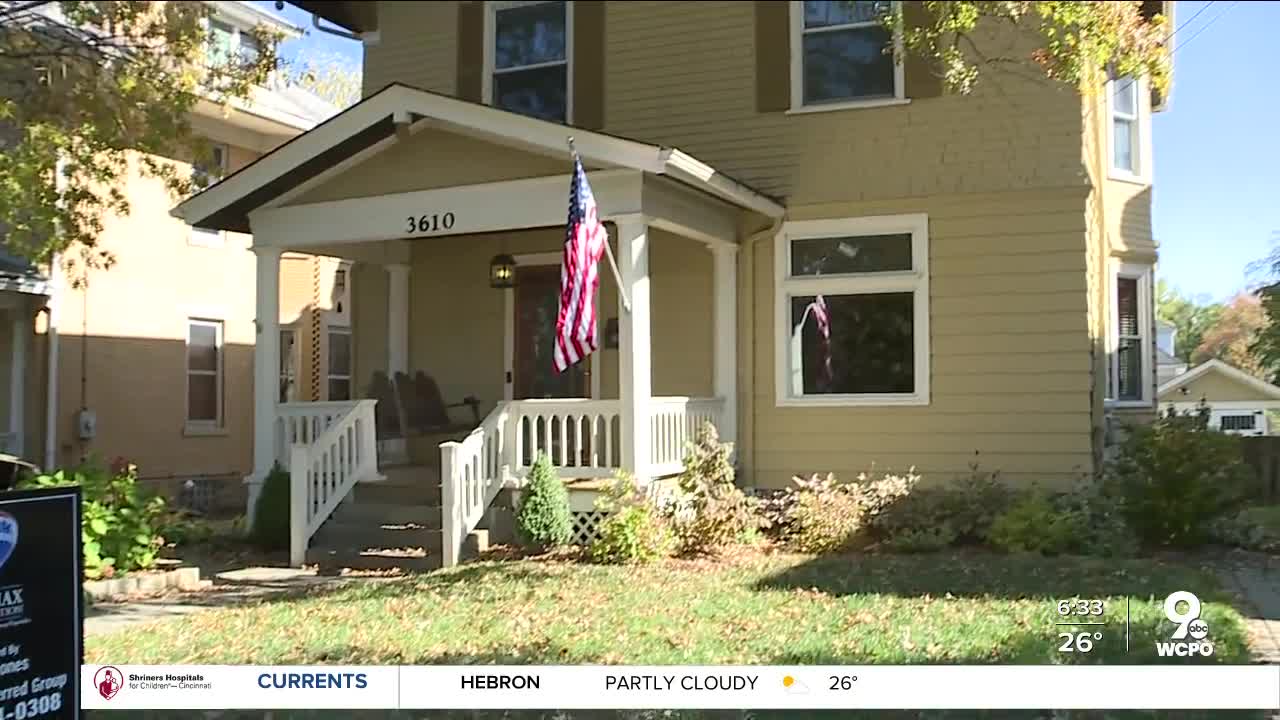 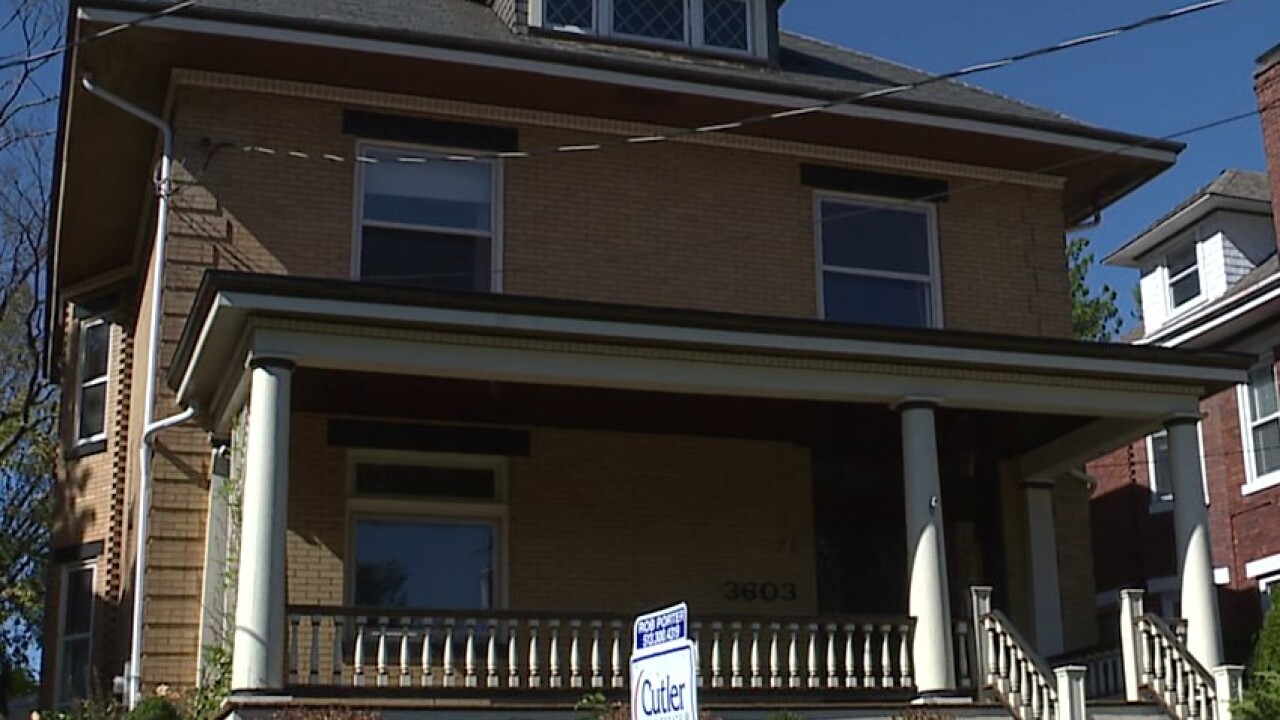 CINCINNATI — Tony Lipps landed a new job in March that required him to relocate from Midland, Michigan, to Cincinnati.

Lipps, a University of Cincinnati graduate, had ideas about where he wanted his young family to settle. But every home he found online was gone before he could arrange showings in Madeira, Mariemont, Blue Ash and Montgomery.

“The houses were flying off the market,” Lipps said. “It seemed like there were a lot more people buying than selling.”

In the end, Lipps hired Realtor Jeri O’Brien-Lofgren to line up five showings in one day. He and his wife, MacKenzie, drove six hours from Michigan. They made an offer in Union Township, Clermont County, and drove back to Midland the same day.

“We originally thought we were going to have to find temporary housing, which would have been a nightmare,” Lipps said. “We’re very happy with our choice.”

The Lipps family bought into one of Greater Cincinnati’s most active housing markets, according to a WCPO analysis of Multiple Listing Service data from 70 neighborhoods with at least 100 closings through Sept. 30. Union Township ranks ninth in the region with 508 closings and 28th in available inventory.

That means the township's 34 available homes in late October were enough to satisfy 2.6 times its weekly average sales volume.

If you're shopping for a home, you might want to explore the database below. It'll tell you what you're likely to pay in dozens of neighborhoods, and it will tell you how plentiful the options are.

WCPO compiled the numbers because the region’s housing market is staying tight at a time of year when seasonal changes tend to slow things down. National data from the online real estate company Zillow shows Cincinnati is one of three metropolitan areas where homes sold the fastest in September, averaging about four days per home.

Realtor.com ranks Cincinnati 28th in the nation in “Metro Market Hotness,” with a 15.6% increase in median listing price and the fifth biggest year-over-year decline in the number of days homes stayed on the market during the week ending Oct. 17.

“What we're seeing is there is a migration away from high-cost coastal cities, towards affordability and quality of life,” said George Ratiu, senior economist with Realtor.com. “About 25% of buyers in Cincinnati come from out of state. There are buyers from Detroit, Chicago, Philadelphia, the New York/New Jersey area. So, for a lot of those buyers, Cincinnati is a real affordability proposal.”

Ratiu said Cincinnati is an attractive option for people fleeing big cities because of its diversified economy with large universities and big companies like Procter & Gamble Co., Kroger Co. and GE Aviation. Corporate relocations to Cincinnati led to more than 100 closings for Sibcy Cline Realtors this year, but that’s down from prior years, said relocation director Tammy Young.

“Relocation packages have been put on hold,” Young said. “This month, we started to see a gradual uptick in folks coming off hold.”

Zillow senior economist Jeff Tucker said Cincinnati’s housing shortage peaked in August, when its number of active listings were 39% below year-ago levels. In recent weeks, the region saw an increase in new listings for the first time in months. But it will take a while before those new listings satisfy the market’s pent-up demand.

“The other factor is how fast homes are selling,” Tucker said. “They’re still selling quickly in Cincinnati. New pending sales are still up about 8% year over year.”

Driving the trend are the same forces causing home sales to rise nationally: Interest rates are lower, and the COVID-19 pandemic is forcing consumers to spend more time at home. Many who can still afford it are either remodeling or trading up to nicer dwellings. Demographics are another factor.

“There’s just an unusually large number of people around age 30 right now,” Tucker said. “Those folks were kind of on the cusp of buying their first homes, as we would expect them to over the next several years. And I think the pandemic has accelerated that choice for a lot of people.”

But Cincinnati also has another factor pushing those millennials toward home ownership: Buying is now cheaper than renting here. Tucker said Cincinnati’s median rent of $1,254 is $243 more than the expected monthly payment on a $200,000 home purchased with a 20% down payment.

“More affordable metro areas have had the biggest shortages,” Tucker said. “Those are places where the buy-rent tradeoff is pretty favorable to buying.”

“I find that a lot of people are looking in Hyde Park, then they go over to other areas of more suburban areas to get more for their money,” said Mitzi Hinds, who has been trying to sell her Hyde Park home since June.

Hinds bought the 114-year-old home three years ago, figuring it would be easy to sell later, given its location, stained-glass windows and well-crafted woodwork. After three months with no offers, Hinds reduced her asking price to $520,000.

“I've had a couple of people that looked at the home,” Hinds said. “One was a dentist, and she wanted to put an offer in but then she was so afraid of the governor re-shutting something down that she was in fear of her job that she wouldn't have the income, and maybe right now isn't a good time to be purchasing a home.”

Higher-priced homes are tougher to sell, but there is an appetite for properties with listing prices below $400,000, said Kelly Meyer, president of the Cincinnati Area Board of Realtors.

“If it's priced right, it sells within hours with multiple offers,” Meyer said. “Under $400,000 and it's in great shape, no matter where, it is sells very quickly. A home that's over $600,000 and is still in good shape is going to take a little bit longer to move.”

The National Association of Realtors just published the results of a survey it conducted in July, indicating young professionals are looking to trade their urban lifestyles for more space in the suburbs.

“If you have kids, you want more outdoor space for them, where they're contained in the yard, but it's enough to play,” said Hugh Morris, manager of the association’s Smart Growth Program. “And if everybody is Zooming from home, you need enough rooms where everybody can be in their own room and have some quiet.”

The increase in remote work options is sparking new demand for amenities like swimming pools, said Scott Caldwell, a Coldwell Banker agent who participated in a Real Estate Roundtable event held Oct. 8 by the Urban Land Institute and the University of Cincinnati.

“Pools used to be something that never really gave you a whole lot of value,” Oyler said. “Now, we’re seeing a massive premium on pools. People want more outdoor space. The home office is big and the home gym as well.”

New home construction is also on the rise in Greater Cincinnati, according to research compiled by NPG DataQuest. It tracked a 5.6% increase in permits for single-family, detached homes in the Cincinnati region through August. Warren County led the region with 819 permits. Hamilton and Butler counties each had more than 400 permits, followed by Clermont County with 384 and Boone County with 376.

The numbers would be bigger if home builders hadn’t been caught by surprise when the pandemic turned America into a nation of nesters, said Tim Terrell, chief financial officer for Drees Homes.

“The market changed really quickly,” Terrell said. “So, there’s not enough lots on the ground or new homes to meet the demand.”

Drees expects to sell more than 500 homes in Greater Cincinnati this year, up more than 20% from 2019. But its inventory of speculative homes, which are built without a specific buyer in mind, is down 40% from a year ago.

Terrell said the entire housing industry has failed to meet the market demand for several years now, producing between 600,000 and 800,000 new homes per year compared to 1.2 million in new household formations annually. He thinks the industry could boost its annual production to 900,000 units without risk of creating a new housing bubble.