They saved, invested and worked hard to open a new restaurant — and a pandemic hit two weeks later 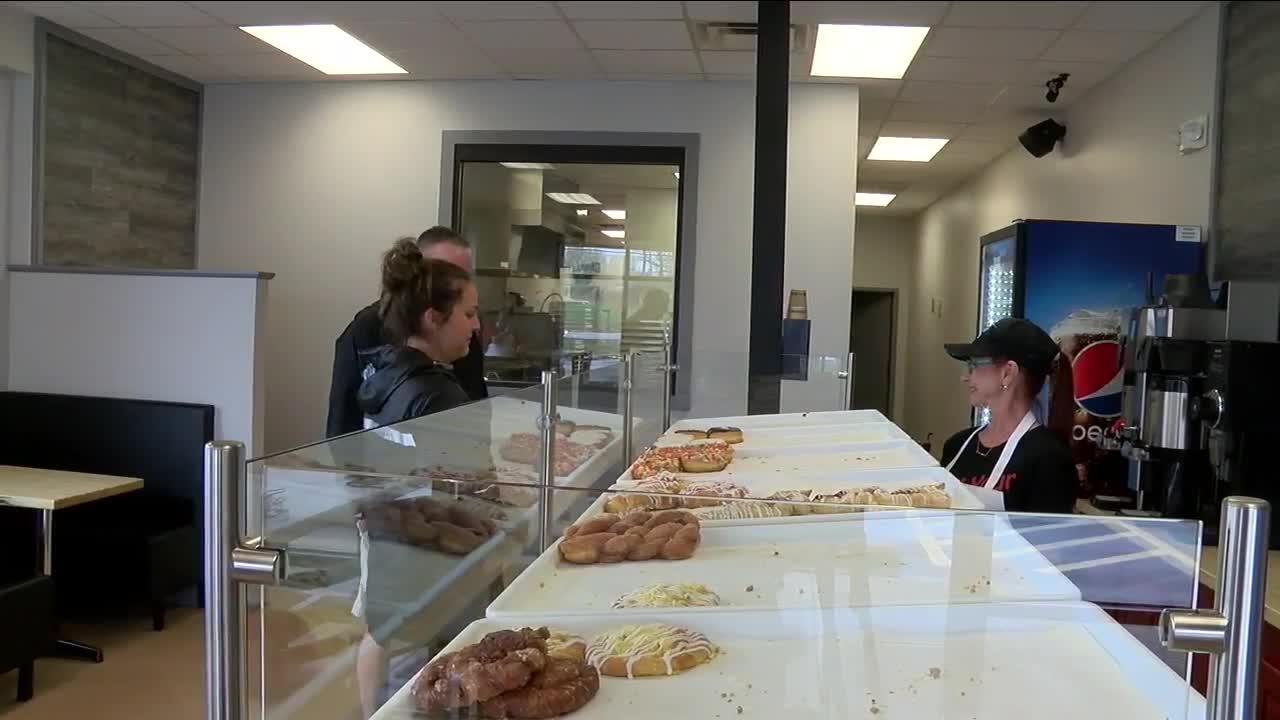 The first two weeks at Wayback Burgers were good, owner Court Aiken said Monday. He and his wife purchased the closed West Chester restaurant in January and spent the next month refurbishing in, sinking most of their savings into the hope it would be a success when it reopened in February.

“It was like somebody turned off the lights,” Aiken said.

That was the day Gov. Mike DeWine announced he would close all Ohio schools for three weeks and ban large public gatherings to limit the spread of COVID-19.

Three days later, he and Ohio Department of Health director Amy Acton would order all restaurants in the state to end dine-in service and transition to carryout-only.

That one hit hard, even for long-established restaurants such as Cincinnati’s Taste of Belgium. New business owners like the Aikens, already climbing uphill toward viability before the crisis, have had to adjust their strategies and put their faith in their customers.

Wayback Burgers is still open and encourages the use of delivery services such as GrubHub and DoorDash. Customers can also order directly from the restaurant franchise’s website. Aiken said he and his wife extensively clean and sterilize every night before they leave.

Glen Huey, who owns The Donut Dude in Liberty Township, ran headlong into the crisis without meaning to. He leased his space on Cincinnati-Dayton Road in late 2019 and planned his opening for the week of March 15.

He didn’t expect an international health emergency to get in the way. It did. There was still no turning back.

“The first Facebook post I did was, ‘This is probably the worst time in history to start a business, but we are ready, so we’re going to open the doors and see what happens,” he said.

Huey said he is a first-time business owner and doesn’t have any past experience to compare The Donut Dude’s performance with, but he’s seen a steady flow of customers coming in — two at a time to maintain social distancing — to pick up donuts.

It’s been a blessing and surprise for a new business without an established following or longtime customer base.

“It’s been tremendous. The community support has just been fantastic,” he said. “I mean, you couldn’t ask for anything more. I mean, they have really rallied around us.”

Despite the short amount of time Wayback Burgers had been open before the crisis hit, Aiken said his own customers have also been overwhelmingly supportive.

“We’ve only been here about three and a half weeks, but we have an amazingly loyal following and those people have been great,” he said. “The outpouring of support from the few people that have really come to know us over the past few weeks has been amazing.”