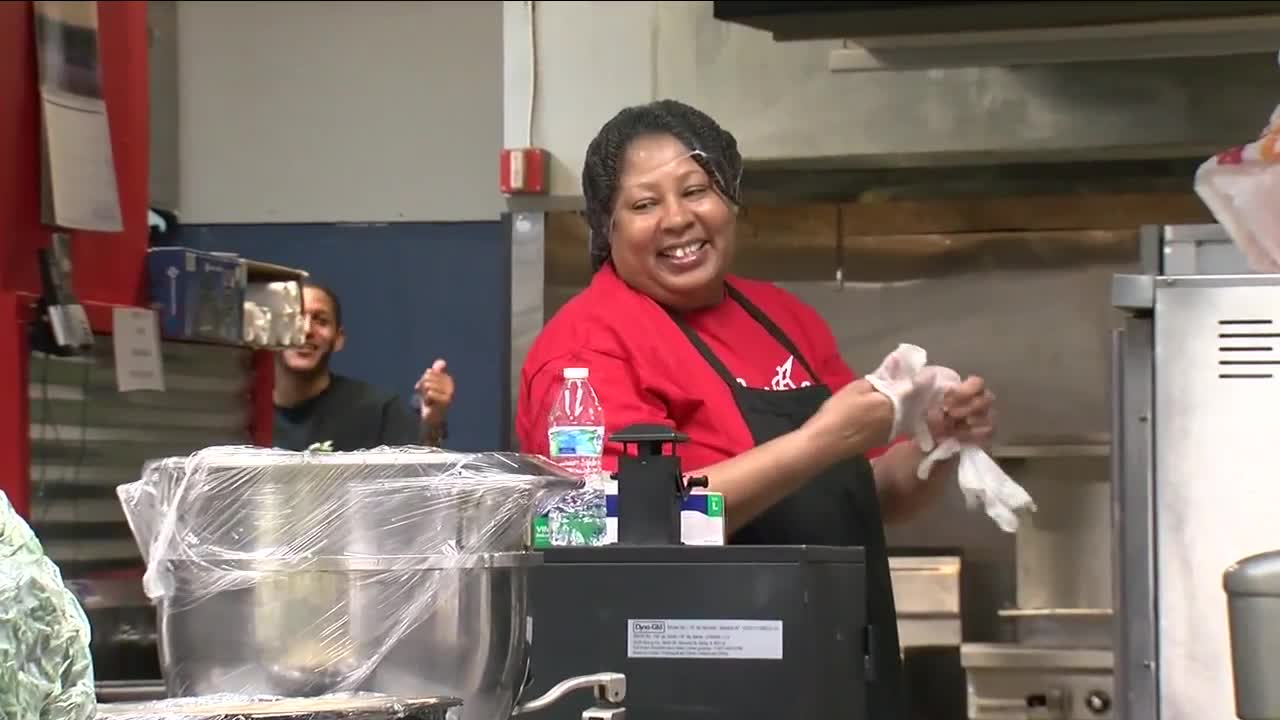 After being forced to move to make way for construction on the FC Cincinnati stadium, former West End restaurant Just Cookin' is now facing a new challenge in trying to reopen during the coronavirus pandemic.

CINCINNATI - Just Cookin’ soul food restaurant in the West End was forced to move in order to make way for FC Cincinnati’s stadium construction. Now, hours from reopening in Bond Hill, Monica Williams said she has a plan for a way to cope with life during the pandemic.

On California Avenue, Williams is serving up her second act.

“Every inch of this is just things that I dreamed about while I was off for the last 14 months,” Williams said.

She worked third shift at Kroger, but never gave up on her dream.

WCPO first reported on Williams in 2018, shortly after she learned she’d have to close her business and move to make way for Cincinnati’s new soccer stadium. She was offered $20,000 to start over.

She aligned herself with local activists who fought against that initial offer, eventually getting much more.

“In the end, she was able to get a quarter-million dollars, which was enough to re-establish her business,” Garry said. “She needed every penny of that.”

Days before the restaurant was set to make its Bond Hill debut, the coronavirus pandemic presented another challenge.

“God has a sense of humor,” Williams said.

The staff who followed Williams from the West End are preparing their comeback with to-go orders, instead of a packed house.

“It’s either now or never,” Williams said. “Get on out there.”

Just Cookin’ is more than just a job for Williams. She said she wants to be an example of perseverance to others.

“Give our community something or some place they can come into and say ‘This is our culture. This is part of our history, part of what we have been through,’” Williams said.

Just Cookin’ will be open Tues. through Sun. from 11:30 a.m until 7 p.m. until the pandemic ends. At that time, the extended hours will be 8 a.m. until 7 p.m. The new restaurant is located at 1142 California Avenue in Bond Hill.