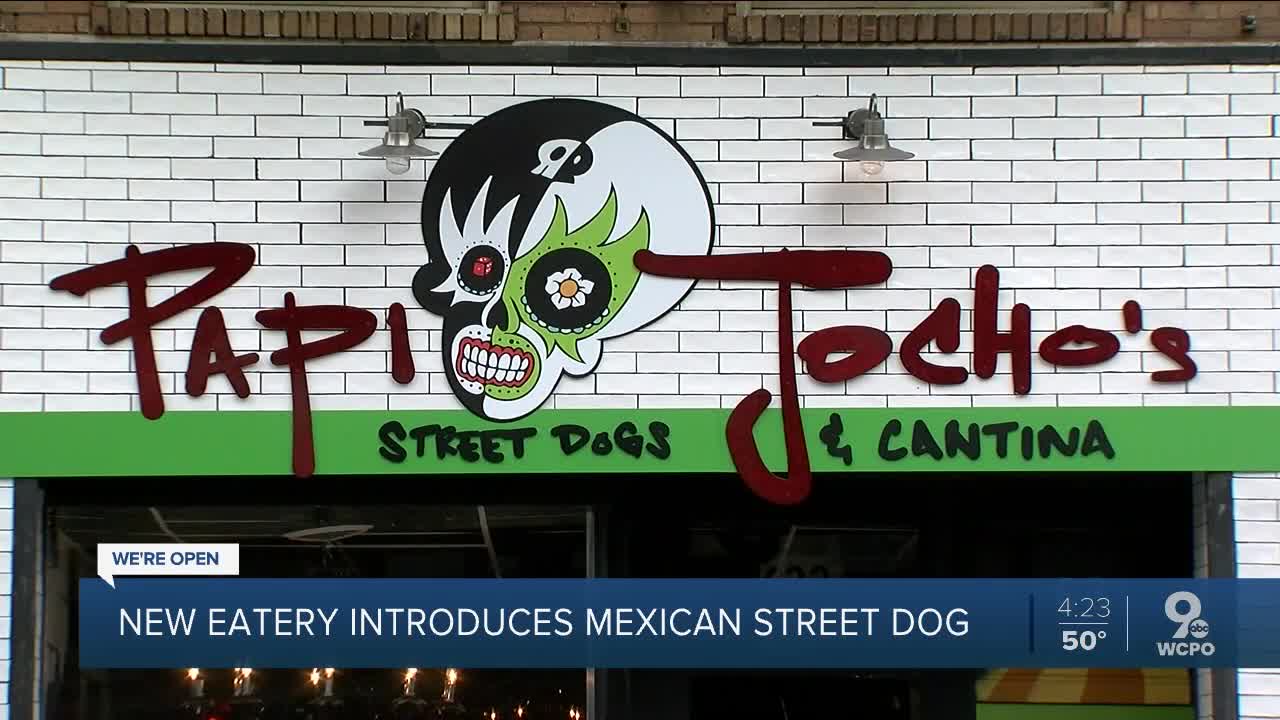 The world was much different when the owners of Agave &amp; Rye opened Sugar Whisky Sis in January on Madison Avenue in Covington.

COVINGTON, Ky. — The world was much different when the owners of Agave & Rye opened Sugar Whisky Sis in January on Madison Avenue in Covington.

“The previous concept focused on moonshine, board games and was an overflow from the Agave & Rye," said Chris Britt, Agave & Rye general manager.

Britt said owners had to rethink that concept, which sat next to Agave & Rye at 633 Madison Ave. in Covington, when Kentucky banned dine-in service due to the coronavirus pandemic.

"But we’ve had the time to think about what things we can do differently,” he added.

With those thoughts in mind, Britt and his coworkers will debut Papi Jocho's in the same space on Tuesday, which, appropriately enough, is Cinco de Mayo.

“We sell street dogs and it’s a cantina," Britt said of Papi Jocho's.

While the cantina portion won't open until Kentucky's dine-in ban is lifted, people will be able to order either delivery or carryout from a menu of eight different Mexican-style street dogs and a wide selection of alcoholic beverages.

"There's a lot of amazing cocktails to offer, such as house-made sangria and a wide variety of margaritas," said Rachel Miller, brand manager for Agave & Rye and Papi Jocho's.

Miller said fans of Agave & Rye should recognize those cocktails and the graffiti murals that line the walls of Papi Jocho's; the owners employed the same artist, Giovanni Santiago, who created the murals on Agave & Rye's walls.

However, Papi Jocho's differs from Agave & Rye in its approach to food, Britt said: “We went a more authentic route.”

He said unlike Agave & Rye, which puts a twist on the familiar taco, Papi Jocho's street dogs are very similar to those sold on the streets of Mexico.