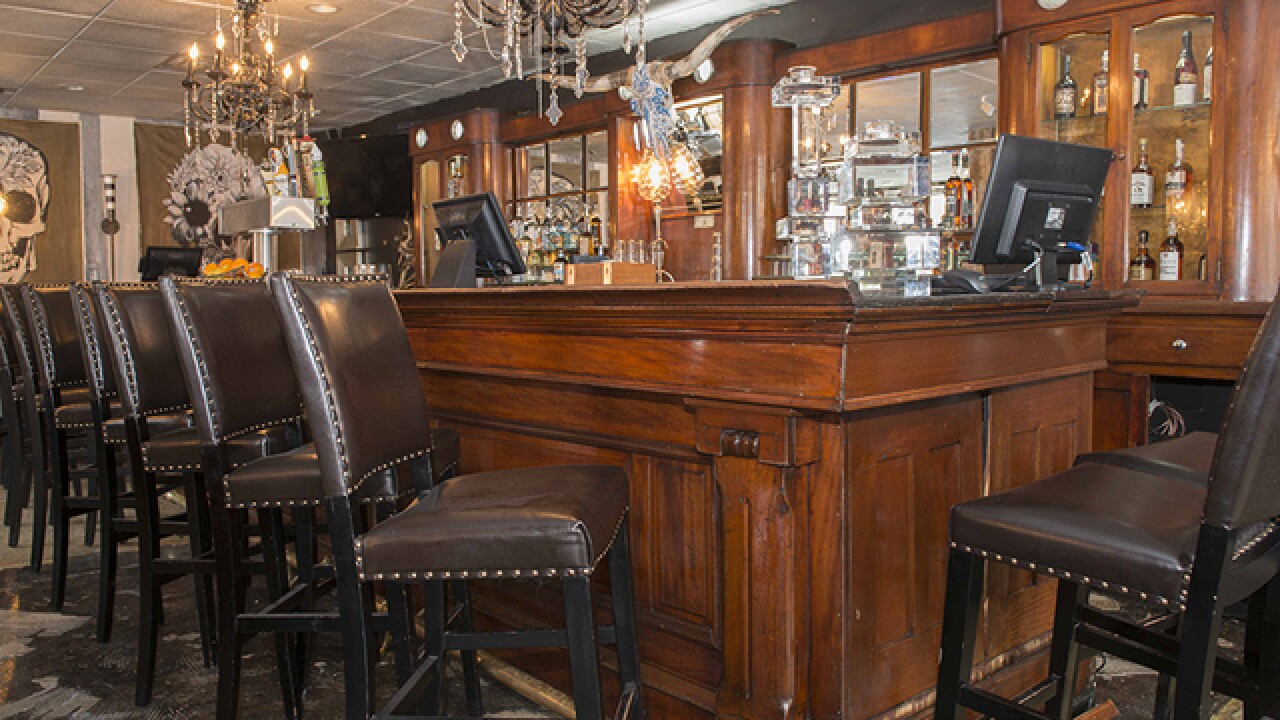 Copyright 2018 Scripps Media, Inc. All rights reserved. This material may not be published, broadcast, rewritten, or redistributed.
Joe Simon
<p>Agave & Rye, a new bar featuring tacos, bourbon and tequila, is opening at 635 Madison Ave. in Covington. The bar was transported from The Verve located in Terre Haute, IN. circa 1950.</p>

Covington's newest bar opened Thursday, Feb. 8 at 635 Madison Ave. with 75 different tequilas, 80 varieties of whiskey and an eclectic choice of tacos. Those tacos include the "Big Thumper," made with cayenne-rubbed kangaroo, and the "Rima D," a nod to Rima David's diner that previously occupied the space.

Sarber said when she and her husband and business partner Wade began scouting locations last fall, they noticed a lack of late-night dining options in the neighborhood. Then the Sarbers learned David planned to sell Rima D's diner by the end of the year. The location is across the street from Hotel Covington and less than a block from Braxton Brewing Co.'s taproom on West Seventh Street.

"I said, 'We want that space,'" said Sarber, who also owns Oliver's, a burger and bourbon bar in Columbus, Ohio.

The couple bought the building and began extensive remodeling work that included installing a 1950s-era bar.

"We just wanted to add to the history of the space," Sarber said.

The Sarbers then hired three Columbus-based artists to paint original murals inside Agave & Rye. One of those artists is Giovanni Santiago, who also is known as Blank Walls R Gross. Santiago created multiple graffiti-style paintings for Agave & Rye, including a portrait of Mexican artist Frida Kahlo.

They also recruited local bartender Mike McLaren to be Agave & Rye's beverage director. McLaren has worked in the Cincinnati bar scene for more than five years.

"I'm going with a real dichotomy with the cocktails because of our name, Agave & Rye," McLaren said.

Agave & Rye features 10 to 12 cocktails at any given time, along with a wide variety of beers in cans and on tap, McLaren added.

Sarber said once spring arrives, Agave & Rye will offer sidewalk seating. She added that the bar plans to be very engaged with the Covington community in the months ahead.

"We love that they are redoing the buildings without tearing them down and building new," Sarber said. "We're excited by what is happening here."