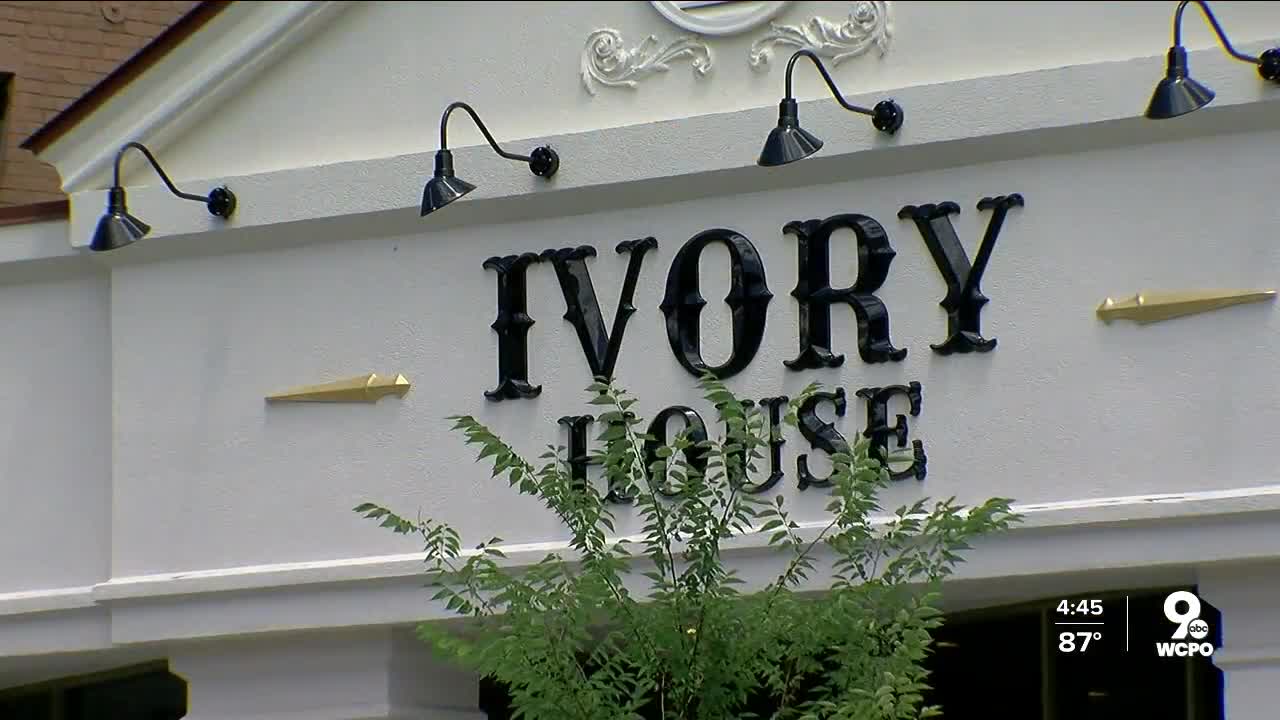 Ivory House is a restaurant with a chef-driven kitchen focused on seasonal dishes made with fresh, locally-owned ingredients.

CINCINNATI — Partners Frank Eversole and Rick Pouliot have spent the last decade renovating houses in the West Side, specifically in Westwood where they also live.

"We've got a lot of excitement regarding the schools here in Westwood, the development of our town hall grounds," Pouliot said.

There also is the relatively recent openings of Madcap Puppets and Westside Brewing, alongside successful longtime Henke Winery, he added.

It was their love of Westwood, and its ongoing revitalization, that prompted the pair to branch out into the restaurant business, according to Pouliot.

"It's just the next piece of building a neighborhood of choice that people would choose to live here -- not just because houses are more affordable -- because it is a community they want to be in," Pouliot said. "So, adding more choice in what's available in the restaurant scene was most definitely a goal of ours."

Ivory House is a restaurant with a chef-driven kitchen focused on seasonal dishes made with fresh, locally-sourced ingredients, Eversole said.

"It's really to take familiar foods and elevate it. Nothing too over fancy but trying to give you a nice atmosphere to dine in," he said. "Our produce is delivered daily. In our kitchen we don't even, we have a very small little freezer that's for gelato. We're very fresh focused."

Eversole described a recent entree of scallops and carrots made by Chef Dana Adkins as an example.

"Literally, the executive chef went to the farm and harvested the actual carrots himself," he said.

Eversole and Pouliot had hoped to open Ivory House in the spring. Covid-19 delayed the restaurant's opening until July 16.

"It's been an 18-month experience," Eversole said. "So, it was fun and exciting, um, some crazy times obviously with Covid. We toyed with waiting a little longer to open and then finally said, 'Hey, let's. The community needs it. Let's open."

Ivory House opened with 60 seats instead of its more than 100-seat capacity. A curbside to-go lunch menu also was introduced for people wanting to get something to take home.

"So far it's working out pretty well," Pouliot said.

Ivory House's chef and owners plan to introduce a brunch menu within the next couple of weeks, alongside growing their catering services.

As to why the owners decided to name their restaurant Ivory House, a photo behind the restaurant's host stand explains it all.

"Over on the wall there, there is a portrait of a gentleman," Pouliot said. "His name was James N. Gamble. He's not the founder of Procter & Gamble. That was his father, along with Mr. Procter."

The younger Gamble is credited with inventing Ivory Soap. He is also remembered as Westwood's greatest philanthropist and the village's last mayor before its annexation by Cincinnati in the 1890s.

"Just as a nod to Mr. Gamble," Pouliot said. "We wanted to signal the rebirth of Westwood."

For more information about Ivory House, visit its website at www.ivoryhousecincy.com.