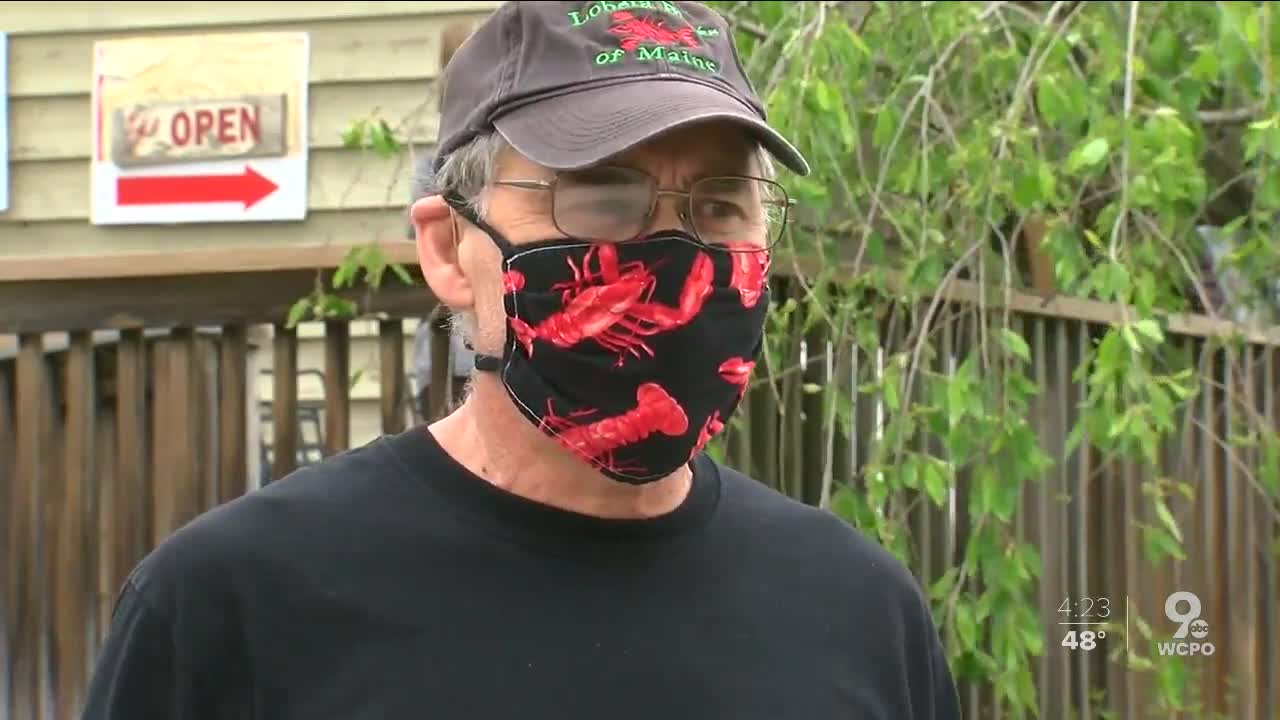 April is typically when his seafood market sees a seasonal drop in customers, according to Smith.

"It’s actually busier than what we planned," said Smith, who owns Lobsta Bakes of Maine at 3533 Church St. in Newtown.

After Ohio's stay-at-home orders began in March, though, "normal" for Lobsta Bakes went out the window. Smith's seafood market was considered an essential business, and it was well-positioned to keep serving customers thanks to the way it is set up.

No one except employees is allowed to enter the market at the moment. Smith's wife, Ann, went the extra step and sewed each Lobsta Bakes employee their own protective mask.

"My wife had a lot of lobster material left in her sewing room," said Smith, who added sewing is his wife's passion.

He said when customers saw his employees wearing those home-sewn masks, they wanted their own.

"They thought they were cool," Smith said. “So, we started selling them with the idea that we’ll take 100% of the proceeds that we make off the masks and go to local businesses in the area and buy gift certificates.”

Ann Smith ran out of material Tuesday, having made 135 lobster masks out of her scraps. Selling them brought in nearly $1,200.

After the gift cards are purchased, Smith plans to raffle them off to customers who purchased a mask and provided contact information.

Smith said after 25 successful years selling fresh fish in Greater Cincinnati, the gesture is the least he can do for customers and neighbors.