Thirty-three of Ohio's most dangerous intersections are in Greater Cincinnati 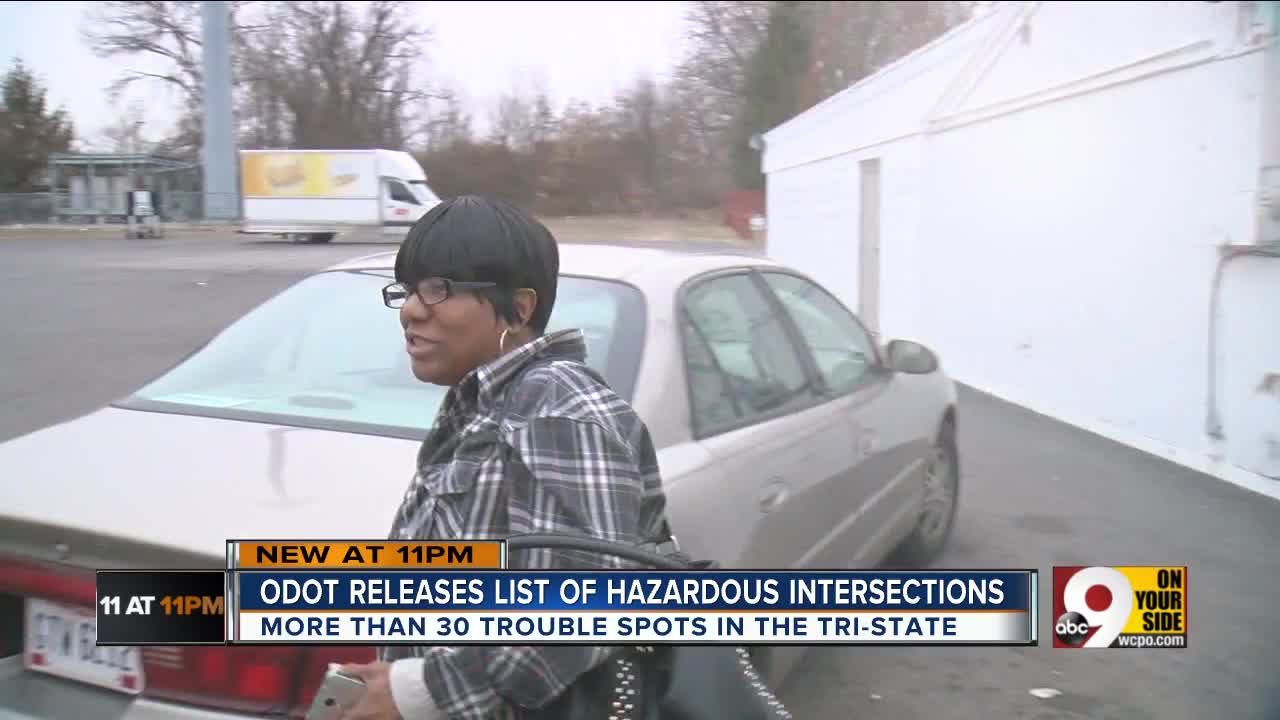 Thirty-three are in Greater Cincinnati. At least one has already been the site of a fatal crash.

Thirty-three of Ohio’s most dangerous intersections are spread among Hamilton, Butler, Clermont and Warren counties, according to a list compiled by the Ohio Department of Transportation. At least one of them — the intersection of Colerain Avenue and Harry Lee Lane — has already been the site of a fatal crash.

ODOT released a list of over 150 intersections in need of repair shortly after Gov. Mike DeWine argued his proposed 18-cent gas tax increase would be the least invasive way to address them and other pieces of ailing infrastructure.

“By requesting $1.2 billion dollars to fill the (ODOT) budget hole and meet existing needs, let me assure you that I am taking a minimalist, conservative approach, with this being the absolute bare minimum we need to protect our families and our economy,” he told legislators in his first-ever State of the State address.

The House Finance Committee opted Tuesday to trim that proposed increase to 10.7 cents, which would generate $872 million annually toward infrastructure repair. The full House passed the bill 71-27 Thursday.

DeWine called the situation “less than ideal.” Earlier, in his speech, he had referred to there $1.2 billion figure as “the smallest amount we can add that will keep our families safe.”

Dangerous local intersections identified on ODOT’s list are marked on the map below:

ODOT’s list includes some intersections that have been the focus of recent news coverage — most prominently the intersection of Harry Lee Lane and Colerain Avenue, where Colerain Township police Officer Dale Woods was fatally struck Jan. 4.

Woods, who had been directing traffic at the scene of a separate crash, died three days later at the University of Cincinnati Medical Center.

“It’s really bad,” Theresa Cooper, who lives near the scene of the crash, said of the intersection Thursday. “Maybe they take the speed limit down a little bit, (put a) speed bump or something right there in that intersection.”

"It's terrible, terrible,” she said. “People just need to slow down and be patient."