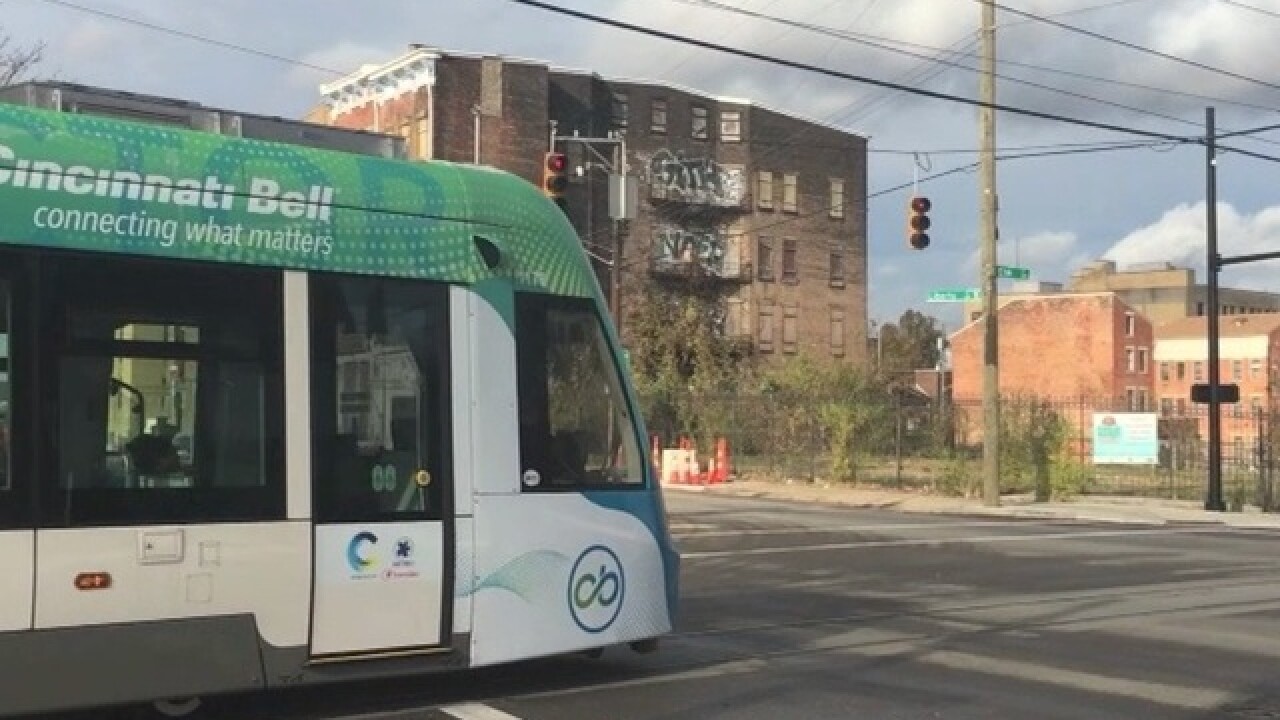 CINCINNATI -- Transit officials Monday presented to the city's Budget and Finance Committee their budget request for next fiscal year's streetcar operations, but a city memo said the administration is more worried about 2020.

In a memo issued last week, Acting City Manager Patrick Duhaney said budget projections show a negative streetcar fund balance during fiscal year 2020 -- which begins in July 2019 -- if no budget changes are made.

"This will require raising additional revenues or reducing expenditures to balance the Streetcar Operations Fund in FY 2019 and beyond," Duhaney wrote on May 23.

The deficit would sit at around $400,000 by the end of fiscal year 2020 if the streetcar does not find a new source of funding or if spending is not reduced, Duhaney estimated.

Despite Duhaney's memo, no one on the Budget and Finance Committee or representing the Southwest Ohio Regional Transit Authority looked beyond the scope of the next fiscal year in their comments -- at least not specifically.

In their streetcar budget request, SORTA -- which oversees streetcar operations on behalf of the city -- made no recommendations to change service levels or fare prices. Their budget recommendation includes dipping into the city parking revenue surplus to the tune of about $325,000.

Parking revenue has always been one of the streetcar's top revenue streams.

The streetcar needs more now, in large part, because revenues from the Voluntary Tax Incentive Contribution Agreement -- often referred to as the VTICA -- have come up short. The VTICA was established to encourage developers along the streetcar line to kick in funds toward the streetcar in exchange for redevelopment tax incentives.

Finance Director Chris Bigham explained the VTICA came up short for two reasons. First, the original funding estimates accounted for the estimated value of construction improvements made to buildings along the streetcar route, even though they should have been estimated based on the ultimate property value, after construction.

"So, for example," Bigham said, "You could have a project worth $4 million in construction but is ultimately abated at $1-2 million in property value."

Administrators expect those VTICA payments to grow in the coming years. In the revised VTICA payment schedule, Bigham expects roughly $160,000 in payments in 2019, jumping to $432,000 in 2020 and $607,000 in 2021. Those -- as well as the initial, inflated estimates -- came from Bigham's Finance Department in concert with the Department of Community Economic Development.

So what's the fix? Most Council members seemed focused on how to increase ridership, which requires making the streetcar more reliable.

"I am very interested in the prospect of making the streetcar free," said Council member Greg Landsman, referring to a motion submitted last month by Council member David Mann. "I'm certain we need to make it reliable first."

Landman and his colleague Chris Seelbach renewed another call for change made earlier this month, including establishing a "CEO" type position to oversee all aspects of the streetcar. City Council approved that motion late last month.

Transit officials told the committee Monday that collecting fares costs the streetcar nearly $200,000 a year, when they account for ticket vending machine maintenance, ticket printing and other materials.

More information is needed to get a clearer sense of how the "CEO" position or free fares could make streetcar service more fiscally viable and more reliable.