Report: Installing safety netting on all of Western Hills Viaduct may do more harm than good 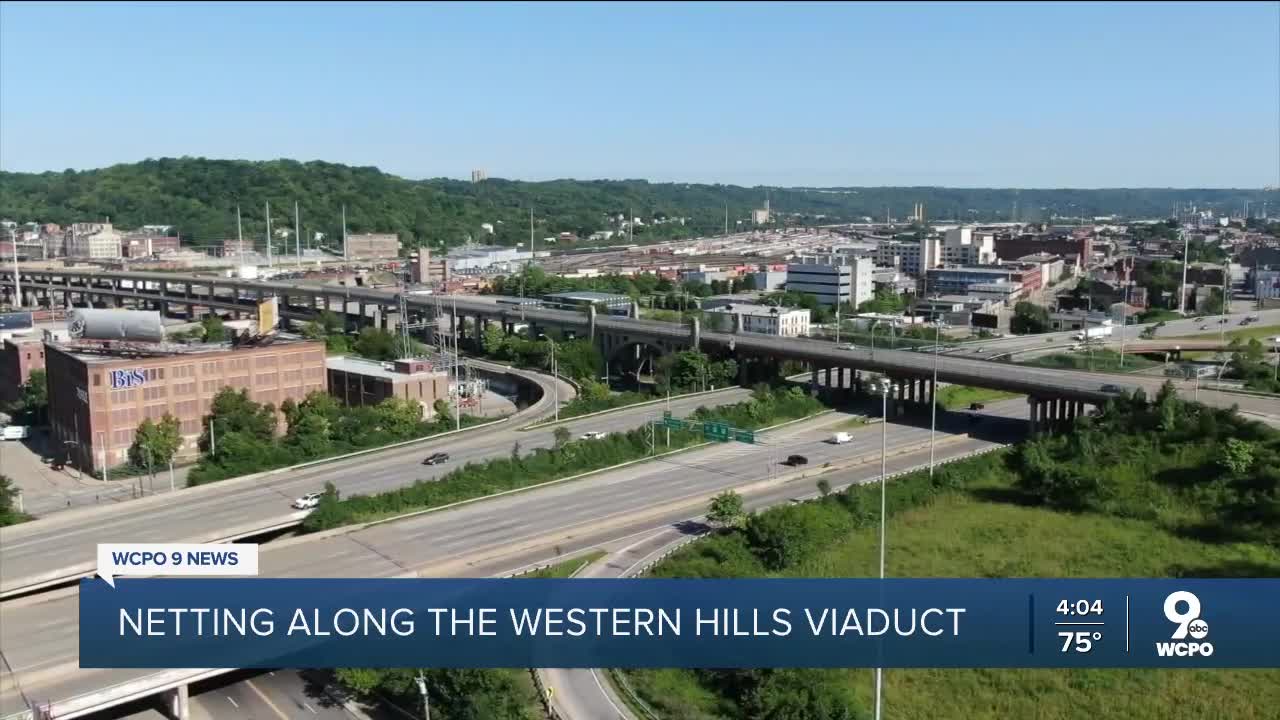 A new report from the city recommends safety netting be installed in only one area of the Western Hills Viaduct, saying netting the whole thing could cause more issues.

CINCINNATI — A proposed $2 million safety netting beneath the Western Hills Viaduct may do more harm than good, according to a city report.

Vice Mayor Christopher Smitherman filed a motion in January, asking the city to identify the best resources to pay for the installation of netting so drivers and pedestrians aren’t injured by concrete crumbling and falling off the 88-year-old viaduct.

But installing netting between the upper and lower levels could lead to other issues, according to the city’s report.

Fully netting the viaduct would impede visibility during inspections, the report said. It would also reduce vertical clearances for vehicles, especially as the net catches concrete and starts to sag.

To mitigate these issues, the city’s Department of Transportation and Engineering recommends netting in only one area: Above the intersection of Spring Grove Avenue and the lower deck. Installing netting in that area would cost $65,000.

“I love my route coming through here, so if they’re going to make it safer for me, I would love that,” Watts said.

The city will monitor four other identified spots by performing regular visual inspections and proactive concrete chipping where it’s needed.

Smitherman said he thinks netting will have to be used in other areas of the viaduct in the future.

“Obviously this is a section that needs attention now and they’re using the netting. I think as we go forward, as we identify other sections, I’m going to believe in the interest of safety, they’re going to be used in other areas,” Smitherman said.

A $330 million project calls for the viaduct to be demolished and eventually replaced.

The Ohio Department of Transportation awarded the city a $20,000 grant for the project in April, and City Council members say the project is the city’s top priority for any money gained by the transit tax, which voters passed in March.

Until then, Smitherman said he is happy with any extra saftey measures.

“For me, I’ll sleep a little better, but we’re not where I want to be,” he said.

The Budget and Finance Committee would have to approve the netting before installation begins.