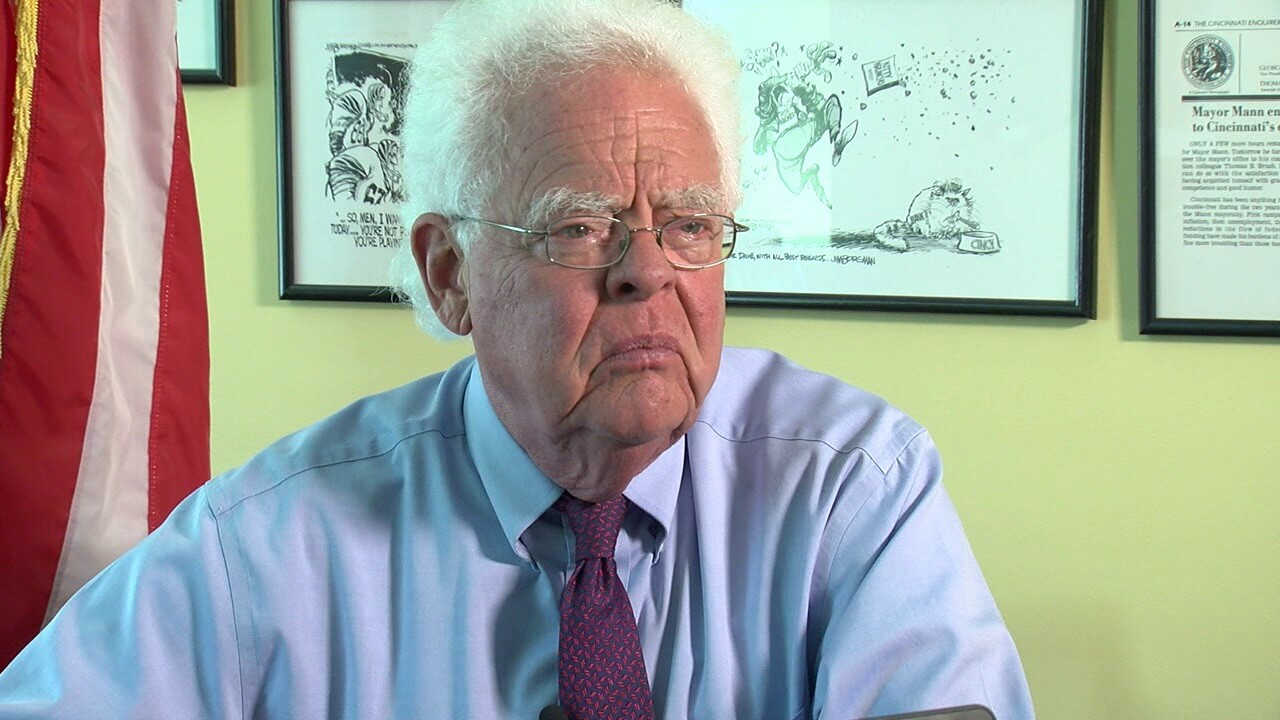 The Cincinnati Bell Connector closed to passenger service in the wake of the COVID-19 pandemic. In the time since, it has run on a skeleton operating budget in order to maintain the vehicles' mechanical and technical integrity.

During its final hours of budget negotiations in late June, City Council approved 7-2 an ordinance that would use a residual portion of the 0.3% share of the city's earnings tax to cover the streetcar's looming funding gap and reopen to passengers.

The 0.3% of the earnings tax, which was enacted in the 1970s as Cincinnati Metro bus service's primary funding source, will expire in October after Hamilton County voters approved Issue 7. The ballot measure will shift Metro's funding burden from the city to the county, in the form of a new 0.8% county-wide sales tax levy.

In June, Mann voted in favor of that plan, proposed by fellow councilman Chris Seelbach. Thursday, Mann announced he had changed his thinking and would prefer to fund reopening the streetcar to passenger service using unappropriated general fund dollars.

"We must not use SORTA transit funds to operate the streetcar," Mann wrote in a statement Thursday.

INBOX: Councilman and mayoral hopeful David Mann just issued a statement that the remaining transit portion of the city's earnings tax -- set to expire in October with the passage of Issue 7 -- should not go toward funding the streetcar. @WCPO pic.twitter.com/JRJ6xMwkKT

The amount of earnings tax revenue left over after SORTA moves to sales tax revenue in October remains unknown; Mayor John Cranley has conjectured it could be several million dollars. The city administration is facing a budget shortfall of tens of millions of dollars for fiscal year 2021 as a result of diminished tax revenue brought on by the pandemic.

SORTA will begin collecting sales tax revenue for Cincinnati Metro in October, but those funds won't be available to the transit agency until January 2021.

"The (earnings tax) transit fund dollars should remain available for bus passengers as SORTA moves from the transit fund generated by the earnings tax to receipts from the newly approved sales tax," Mann wrote.

Seelbach told WCPO via text message late Thursday afternoon that he had no comment on Mann's proposal at that time.

Without another reversal on the initial vote in June, City Council could still override Cranley's initial veto at its next regularly scheduled meeting, set for Aug. 5.

Mann said he plans to introduce his ordinance at the Aug. 3 hearing of the budget committee, which he currently chairs.