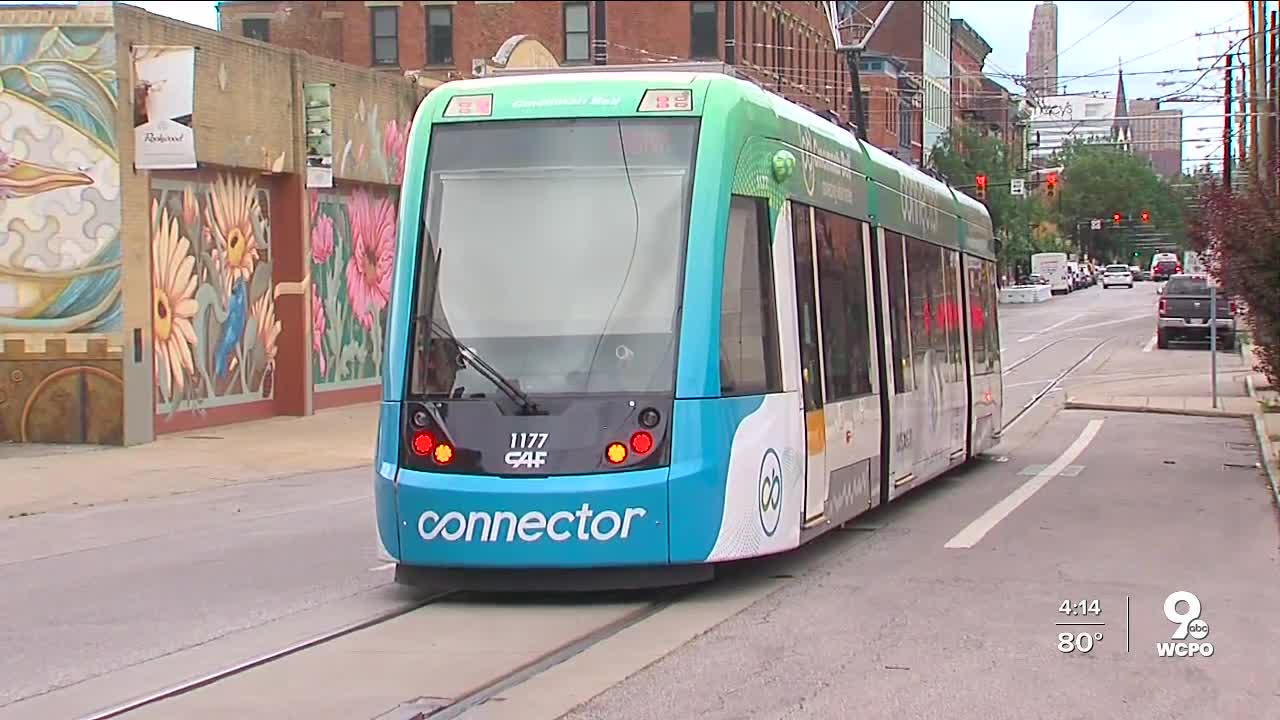 When Brad and Karen Hughes opened Artichoke OTR on Elm Street in Over-the-Rhine, they had two criteria they were looking for as far as location: be near Findlay Market and be on the streetcar line.

CINCINNATI — When Brad and Karen Hughes opened Artichoke OTR on Elm Street in Over-the-Rhine, they had two criteria they were looking for as far as location.

"One was on the streetcar line. The other was being at Findlay Market," said Karen Hughes, who along with her husband opened the kitchenware shop in the spring of 2016, just months before the Cincinnati Bell Connector opened for passenger service throughout OTR, Downtown and The Banks.

"Once the streetcar opened up, we saw a very definite increase in business," Karen Hughes said, estimating the jump at somewhere between 10 and 20%. "We’ve had so many instances where people have come into our store and said, 'Oh my gosh, we saw you from the streetcar. We had to get off at the next stop and come back.'"

Then, COVID-19 arrived in the Tri-State. Now, the city is facing an unprecedented budget crisis, and streetcar service sits on the chopping block.

Cincinnati City Council Tuesday was in the process of weighing the hundreds of public comments submitted after Mayor John Cranley and City Manager Patrick Duhaney unveiled their fiscal year 2021 budget recommendations. Among them was to pull just over $1 million from parking meter revenue -- originally increased to support streetcar operations -- back into the city's general operating fund, which is distinct from the streetcar's operating fund.

The Cincinnati Bell Connector has not carried passengers since April 1, when Cranley issued an executive order halting service in response to the COVID-19 pandemic. The next day, a spokesperson with Transdev -- the firm contracted to operate the streetcar -- advised the city administration that shutting down the streetcar entirely would cost more than maintaining a "skeleton crew" to run the vehicles empty periodically to ensure they do not fall into disrepair.

Cranley and Duhaney's budget recommendation sustains this level of streetcar operations throughout the upcoming fiscal year. It's a mode of operation that has acquired the nickname "zombie streetcar."

"We take a step forward to make this high tech… to say, we are a world player and a world-class city," he told WCPO. "And then we do nothing with that, and I don’t think it sends a good message to the rest of the world."

Some have suggested filling the streetcar budget gap with what will become the remains of the city's 0.3% earnings transit tax -- repealed with the passage of the county-wide ballot measure Issue 7. Issue 7 transfers funding of Cincinnati Metro bus service from the city's earnings tax to the county's sales tax.

Cranley estimated on June 11 that the city might recover roughly $4-5 million of that tax revenue in October when the sales tax increase falls into place, but he also said he would rather use that money toward paying back $25 million in borrowed money needed to balance the 2021 budget.

The Federal Transit Administration also has a stake in the future of streetcar operations. The agency loaned the city $45 million to construct the 3.6-mile streetcar loop. In an emailed statement to WCPO Tuesday, an FTA spokesperson, Angela Gates, said the agency is granting leniency when it comes to FTA-funded transit systems that cannot operate at full capacity.

But Gates also said, "Given that the one-year suspension of streetcar passenger service is proposed and not yet approved by the [c]ity of Cincinnati, FTA expects the city to provide a plan for meeting the requirements associated with the streetcar’s federal funding."

The FTA has indicated previously that not meeting the requirements in public transit service could result in the city having to pay back the $45 million in grant money to the feds.

Maintaining streetcar passenger service at roughly $4-5 million annually for the next 25 years would amount to about $100-125 million in city spending over the course of the city's agreement with the FTA.

Out of 12 modern streetcar systems operating throughout the U.S., only two -- Cincinnati's and Detroit's -- completely suspended service in response to the pandemic.

'Why do you have to kick us while we're down?'

For business owners like Brad and Karen Hughes, who say they rely on streetcar-driven foot traffic, cutting streetcar service feels like a double-whammy.

"The virus hit us in the gut," Brad Hughes said. Like other retailers, he and Karen only recently were able to reopen their doors. With streetcar service still suspended, "Now, not being able to get more people in here is just making it more difficult... Why do you have to kick us while we're down?"

They were not alone in expressing their concerns.

Jean-Francois Flechet, who founded the Taste of Belgium restaurant group on Vine Street in Over-the-Rhine -- also with a location at The Banks -- spoke at the June 18 City Council Budget and Finance Committee public hearing.

"I never thought I’d be back here again to talk about the streetcar," he told committee chair David Mann and the rest of the committee. "There is no reason not to restart (passenger service)."

In response to the proposed streetcar budget cuts, City Councilman Chris Seelbach -- also an OTR resident -- Tuesday presented an ordinance that would restore the money needed to resume passenger service on the Cincinnati Bell Connector.

The council has until June 30 to approve its final budget.