ODOT to install 11-mile bike lane on US 52, site of two deadly crashes 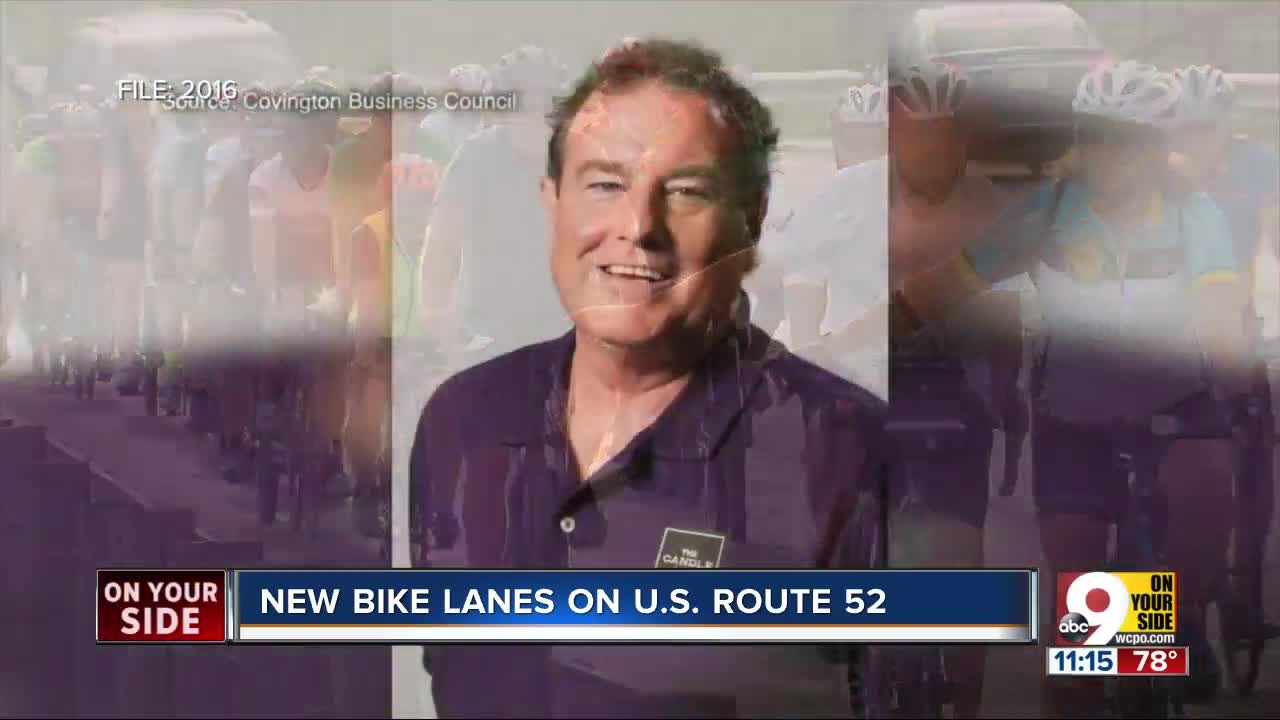 After bicyclist Michael Prater’s 2016 hit-and-run death on U.S. 52, mourners decorated the spot with a white-painted bicycle and flowers. The Ohio Department of Transportation will spend the fall creating a different type of memorial.

After bicyclist Michael Prater’s 2016 hit-and-run death on U.S. 52, mourners decorated the spot with a white-painted bicycle and flowers.

The Ohio Department of Transportation will spend the fall creating a different type of memorial — one officials hope will save lives like Prater’s in the future.

By 2020, U.S. 52 will have an 11-mile bike lane stretching from Five Mile Road to New Richmond. The span will be marked with better signage, new paint and rumble strips to keep drivers from weaving into the wrong lane.

U.S. 52 has seen at least two bicyclist deaths in the last three years. The first was Prater. The second was 61-year-old business owner William Rust III, who was flung from his bicycle and onto the road May 22, 2017.

Both of the drivers who hit them were high when it happened. Melinda Woodall, convicted of aggravated vehicular homicide in connection to Prater’s death, had heroin and a prescription pill cocktail in her blood at the time of the arrest.

Steven Sickle, who was sentenced to 14 years in prison after his own vehicular homicide conviction in Rust’s death, admitted to “snorting dope” before driving.

Designated bike lanes can’t keep drugged drivers off the road, but ODOT workers hope they can create a safe distance between bicyclists and vehicles.

According to ODOT, most construction on U.S. 52 should be complete by mid-October.