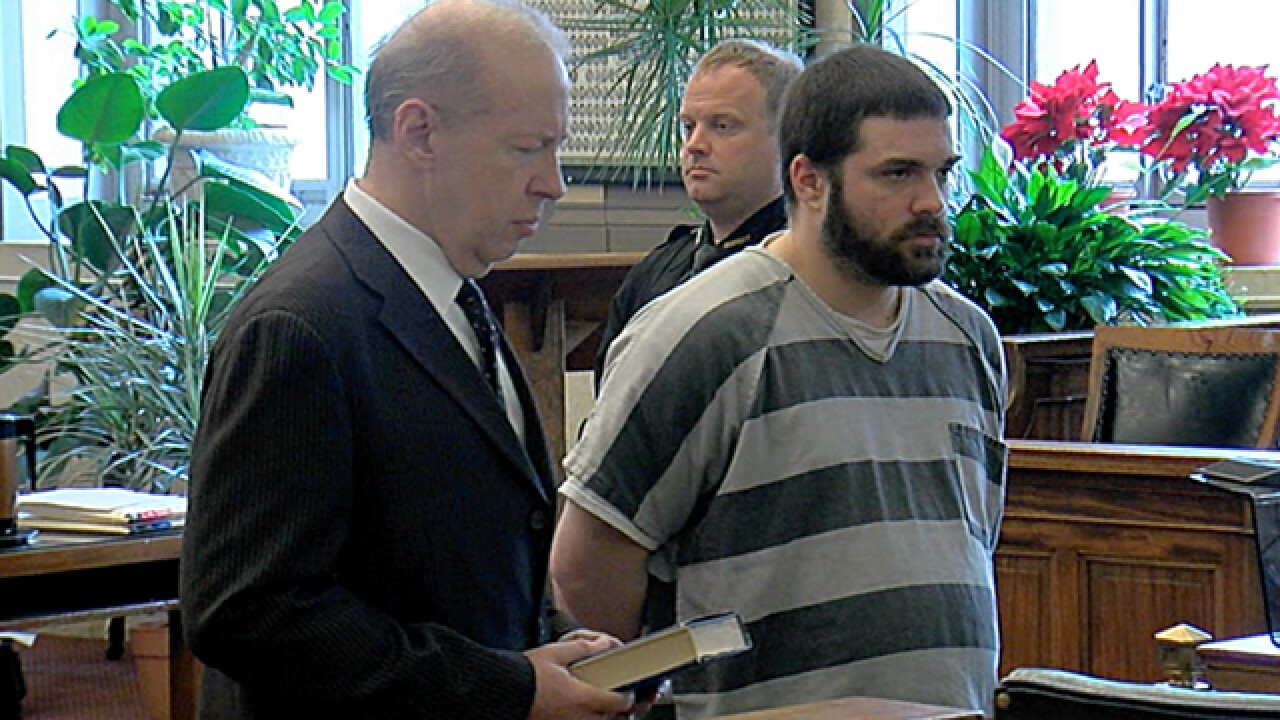 Copyright 2018 Scripps Media, Inc. All rights reserved. This material may not be published, broadcast, rewritten, or redistributed.
<p>Steve Sickle</p>

CINCINNATI -- A judge called a 14-year sentence for a man who pleaded guilty to hitting and killing a cyclist while he was on heroin "inadequate."

Judge Steven Martin sentenced Steven Sickle, 33, Thursday morning in the death of 61-year-old William Rust III. Sickle hit Rust with his car on May 22 while Rust was riding his bike on U.S. Route 52 in Anderson Township. Sickle admitted to “snorting dope,” according to court documents, and toxicologists found a “significant amount of heroin” in Sickle’s system after the crash.

Martin said Sickle’s penalties are inadequate and called upon lawmakers to make changes.

“There should be a life sentence here, there’s just no question about it,” Martin said. “Perhaps the state legislature will use this case to make the appropriate changes in the statutes.”

Sickle entered a plea bargain and pleaded guilty to aggravated vehicular homicide and fleeing the scene of a deadly automobile crash. Sickle’s license has also been suspended for life.

Rust’s wife, Mary; his three children, Katie, Charlie and Nick; his sister, and a friend all addressed Sickle in court and spoke about Rust's legacy. Several statements were read from loved ones who could not attend.

Mary and William “Rusty” Rust would have been married 30 years in October, she said. She said Rust was a simple man who had a deep love for his family and his Over-the-Rhine business, The Candle Lab. The OTR business community was “rocked” by Rust’s death, she said.

“He was the candle man,” Mary said.

Mary addressed Sickle through tears. She talked about how he couldn’t even wait until he got home to use heroin.

“Several weeks later, while I was in a restaurant in Anderson Township, the chief of the first responders on the scene that day came up to me and told me that this was one of the most gruesome accident scenes that he and his team have ever responded to,” Mary said. “Do you even remember?”

But Sickle’s attorney, Mark Krumbein, said Sickle was a blue-collar worker who became addicted to heroin after he was prescribed opioid pain medication for an injury.

“He wasn’t a lifetime person as a troublemaker, ignoring the law or just going out partying, using drugs, things like that. This was a guy who was a serious, hard working person,” Krumbein said.

“I am very sorry for what I have done,” Sickle said.

Despite this, Martin said Sickle showed “no genuine remorse.”

Rust’s son, Charlie, asked Sickle to turn toward him when he spoke. Sickle stood still.

“I hope one day, one day, you get what you deserve, because you stole a huge part of everybody here,” Charlie said.